He said the two healthcare workers are Kuching and Samarahan districts and were in close contact with positive cases from the Kuching Church Conference.

“Including these two cases, there are now 52 confirmed cases involving healthcare workers who had tested positive for Covid-19,” he said, adding that 21 of them are close contacts to positive cases from the church conference.

“This case involved a woman who has just returned from Samarahan district, visiting a male relative who had tested positive.

“The Health Department traced her travel history and when the test was conducted on her, she was found to have contracted the virus from her male relative,” he said.

“This is the reason why we discouraged travelling from one district to another, especially to the red zones like Samarahan district,” Uggah said.

“With today’s report of three new cases, Sarawak’s total positive cases now stand at 488 since the first case was registered on March 13,” he said.

Uggah, who is also the Deputy Chief Minister, said the number of recoveries today outnumbered the new positive cases.

“We have 17 positive cases who have recovered after receiving treatment and have been discharged from the government hospitals,” he said.

He added that out of the 17 new recoveries, 14 are from the Sarawak General Hospital (SGH), and three from the Miri Hospital.

Another 183 cases of persons-under-investigation (PUI) were recorded today compared to 177 yesterday. 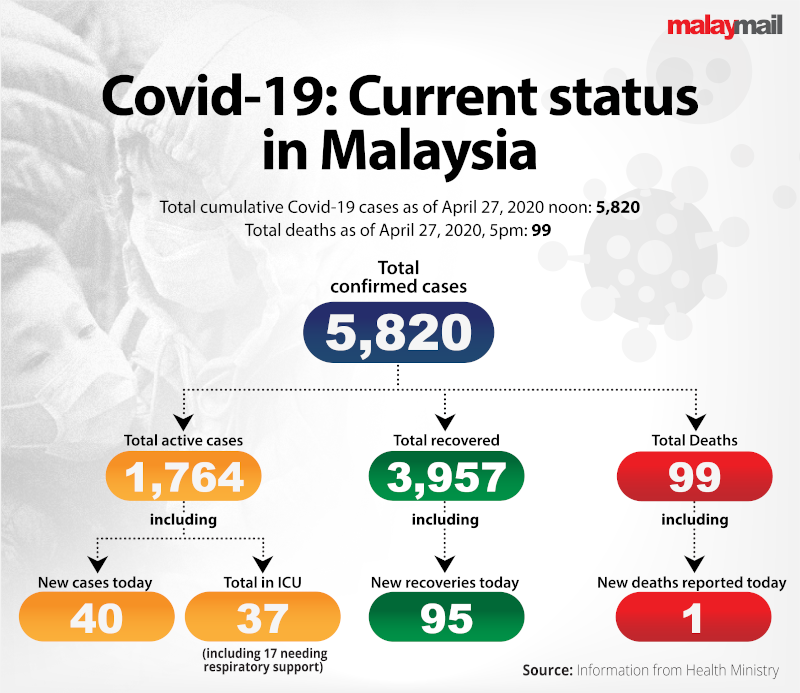