Their presence at both airports is to ease the burden borne by Ministry of Health (MOH) staff to screen Malaysians arriving from abroad to curb the spread of Covid-19.

MAF coordinating officer at KLIA, Col Dr Mohd Izwan Hussin said 38 officers and personnel from the MAF had been stationed on a three-shift rotation at the two international airports since March 23.

“MAF personnel will assist MOH staff in maintaining the social distance among passengers who have just arrived, as well as conducting health screenings on the passengers such as checking their body temperature and inquiring about their travel history.

“If a passenger is found to have Covid-19 symptoms, he or she will be isolated and sent to the hospital, while those without symptoms will be transported by the National Disaster Management Agency directly to designated quarantine centres,” he told Bernama here today.

Dr Mohd Izwan said his team screened between 300 and 1,000 passengers daily, and the majority of them were Malaysians who had been granted permission to return home.

Dr Harishah said the ministry’s staff had previously struggled to deal with large numbers of passengers at a time, due to the lack of staff.

“Only 20 to 26 MOH staff are stationed at KLIA and KLIA 2. However, with the presence of MAF personnel at the airports, it reduces the workload of MOH staff.

“With MAF personnel here, the situation is also under better control and the passengers who arrive provide good cooperation and maintain a distance of at least one-metre from each other,” she said.

Meanwhile, checks by Bernama today found that about 10 passengers were isolated to be taken to the hospital after they were suspected to have symptoms of the disease.

Several foreigners were also seen waiting for their flights at KLIA.

An airport official who declined to be named said most of the foreigners there were waiting for flights to return to their respective countries, whose borders were still open to their citizens.

Bernama was also informed that no Malaysians were present at KLIA besides those arriving from overseas, while checks found several illegal immigrants being accompanied by Immigration officials handling the deportation process. — Bernama 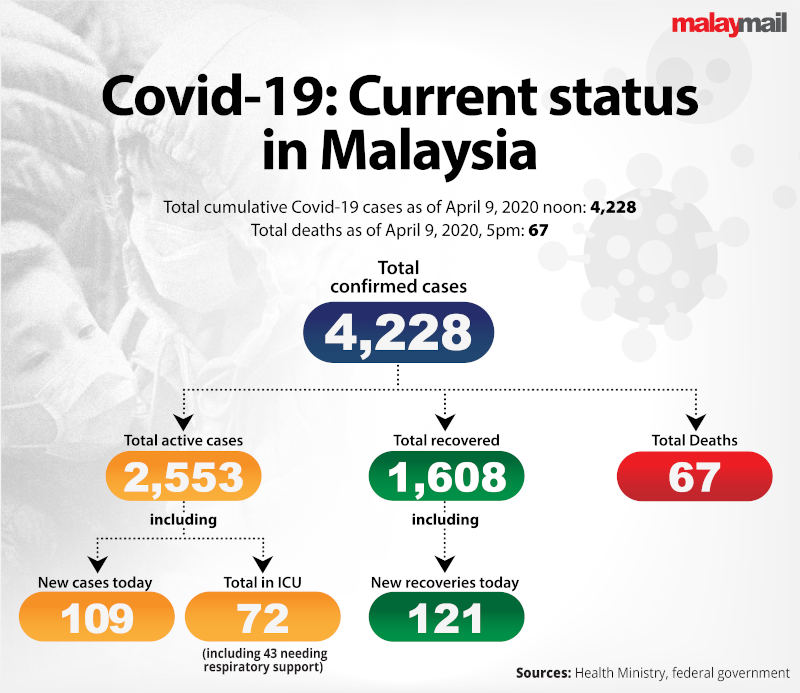