Covid-19: With ‘stay-at-home’ order enforced, domestic violence back on the rise in Malaysia

Demonstrators take part in Women's March Malaysia 2020, in conjunction with International Women's Day in Kuala Lumpur March 8, 2020. ― Picture by Miera Zulyana
Follow us on Instagram, subscribe to our Telegram channel and browser alerts for the latest news you need to know.
By THASHA JAYAMANOGARAN

KUALA LUMPUR, April 3 — Two weeks of a government-enforced “stay-at-home” order have ostensibly led to an increase in domestic violence in Malaysia as the country continues to observe movement restrictions that have been extended to April 14.

This is despite a slight decrease in distress calls and WhatsApp enquiries at the start of the movement control order (MCO), as noted by leading women’s rights groups.

The biggest worry for groups like Women’s Aid Organisation (WAO), All Women’s Action Society (AWAM) and Sisters in Islam (SIS) is that, with the MCO in place, there is an increased risk of violence as many victims and those considered at-risk will be unable to seek help or escape their abusers during the current health crisis.

WAO’s advocacy officer, Tan Heang-Lee, told Malay Mail that its statistics show an approximate 14 per cent increase in hotline calls and WhatsApp enquiries on domestic violence to the group since the MCO began.

Before the MCO, from March 1 to 17, WAO said it only received an average of 10.5 hotline calls and WhatsApp enquiries per day.

In contrast, once the MCO began, from March 18 to 31, this rose to an average of 12 calls and WhatsApp enquiries per day.

Tan went on to explain that domestic violence is about maintaining power and control.

She pointed out that, during the MCO, living in isolation and a household’s concerns over health and finances can further aggravate an abuser’s desire to exert his dominance. 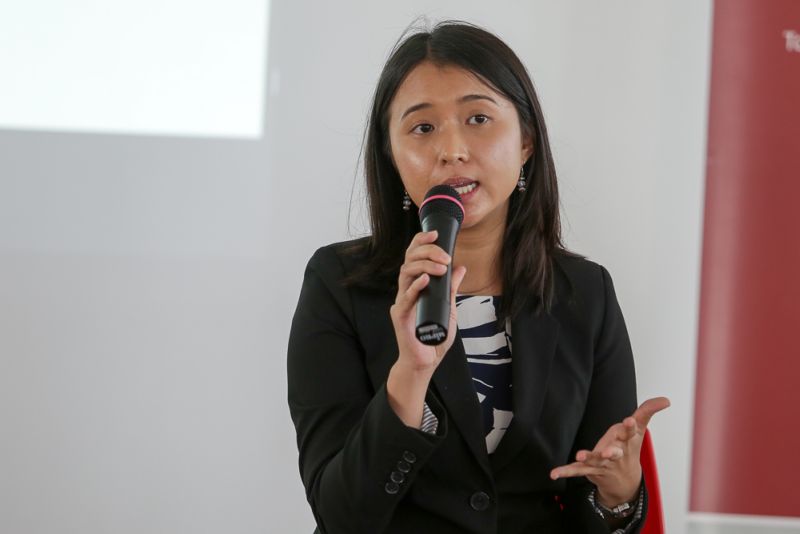 Tan said that the current MCO has had an impact on survivors who have left their abusers, as they may now be struggling to cope financially. ― Picture by Choo Choy May

“Domestic violence survivors are also at greater risk because they are now trapped in the house all day with the abuser. It is also more dangerous for them to seek help, as the abuser may be monitoring their every move.

“Additionally, survivors, who are unable to work during the MCO, may also become more financially dependent on the abuser,” she said.

Tan added that the current MCO has had an impact on survivors who have left their abusers, as they may now be struggling to cope financially, when it was already a challenge to go through everyday life in normal times.

“Among 20 former residents of WAO’s domestic violence shelter, 30 per cent are unable to work due to the MCO, 25 per cent are still looking for a job, while another 5 per cent had their salaries reduced.

“It is already a challenge for domestic violence survivors to get back on their feet and become financially independent during ordinary times, let alone during this pandemic when finances become difficult,” she said.

Meanwhile, AWAM agreed that, in the initial stages of the MCO, there was a drop in people reaching out, but an increase is clearly evident now.

“We suspect that because there are now many more channels available, the calls are more spread out. Survivors must continue to reach out to the various channels for help.

“Usually, the NGOs are aware of each other's work. So if AWAM is unable to support a case (for whatever reason), we will refer the case to another NGO, who will be able to help the victim,” AWAM’s programme and operations manager Nisha Sabanayagam told Malay Mail. 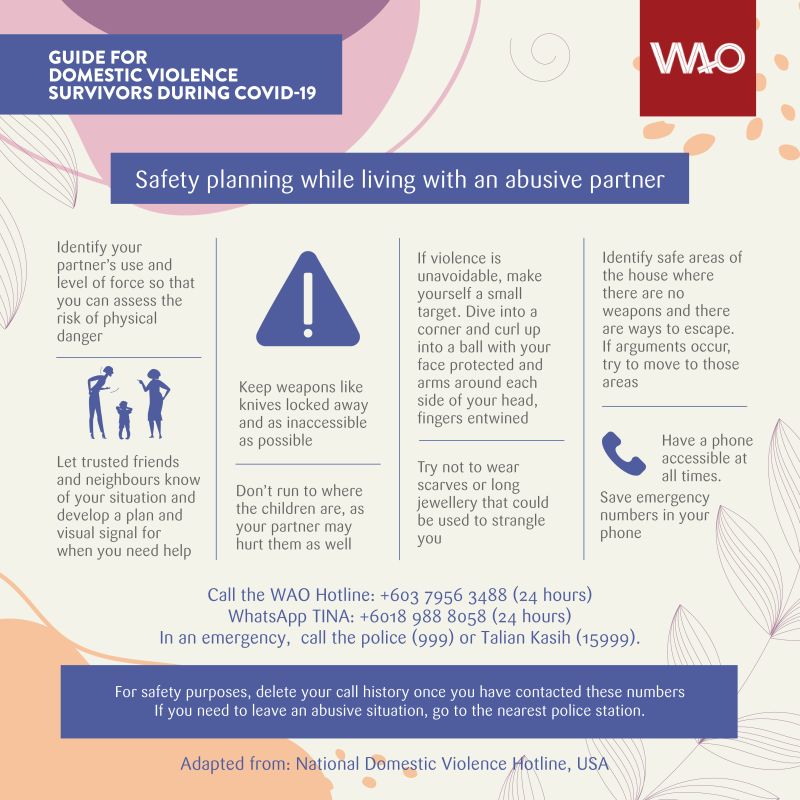 She added that other types of appeal for help that AWAM has received include victims just wanting to have a chat or vent their feelings of helplessness and frustration during the MCO.

“This is to be expected during the MCO and our counsellors are able to help them. People who reach out to us sometimes do not want to talk over the phone, but just want to text message. That is perfectly acceptable,” she said.

Meanwhile, Tan explained that, during this health crisis, it is “essential” for the community to play its role in helping and protecting those who are vulnerable.

“We also urge the community to be vigilant. If you suspect that someone you know, such as a neighbour, friend or family member, is in danger, please contact us or, for emergencies, please contact the police.

“If you hear your neighbours fighting and suspect that someone is being abused, just ring their door bell. This sends the signal that people are watching. You should make sure you're safe before approaching the situation, and you can also get someone to go with you,” she advised.

Women, how do you seek help?

WAO: They have extended their hotline to 24 hours and provide advice and support virtually through the phone and WhatsApp. If you or someone you know is experiencing domestic violence, you can call the WAO hotline at 03-7956 3488 or WhatsApp TINA at 018-988 8058. A legal officer will be on standby to assist.

You can also visit wao.org.my for information on domestic violence and how to get help.

AWAM: Offers a telenita email as opposed to calls. You can also message them on Facebook or Twitter. They also have counsellors who are willing to do Zoom or Skype calls with clients, if they want some face-to-face interaction.