Authorities monitor MCO-compliance from the sky with drones

KUALA LUMPUR, March 24 — The authorities will be monitoring public activity during the movement control order (MCO) from the sky with the help of drones and unmanned aerial vehicles (UAVs) at several areas across the country.

Armed Forces Chief General Tan Sri Affendi Buang said the police and Armed Forces will be using the devices to increase efficiency in monitoring the public’s compliance with the MCO.

“We are making full use of technology so that we can monitor the situation from the air, and this can also be a deterrent to those who remain stubborn,” he said during a press conference while demonstrating the use of the drones.

He said the devices can fly anywhere quietly and cover more places within a three- to five-kilometre radius.

He said the police have already started using the drones and sent units to various locations, including beyond Kuala Lumpur.

“We don’t have enough assets to send them to the whole country. We will choose 12 hotspots in the country and send them to certain areas where people remain stubborn,” he said.

He said the drones can take “live” recordings and pictures of people who gather in groups outdoors and the authorities can take immediate action by going to the site.

The drones involved are the government’s own assets as well as units borrowed from local industries so that more can be deployed to cover more areas, he added. 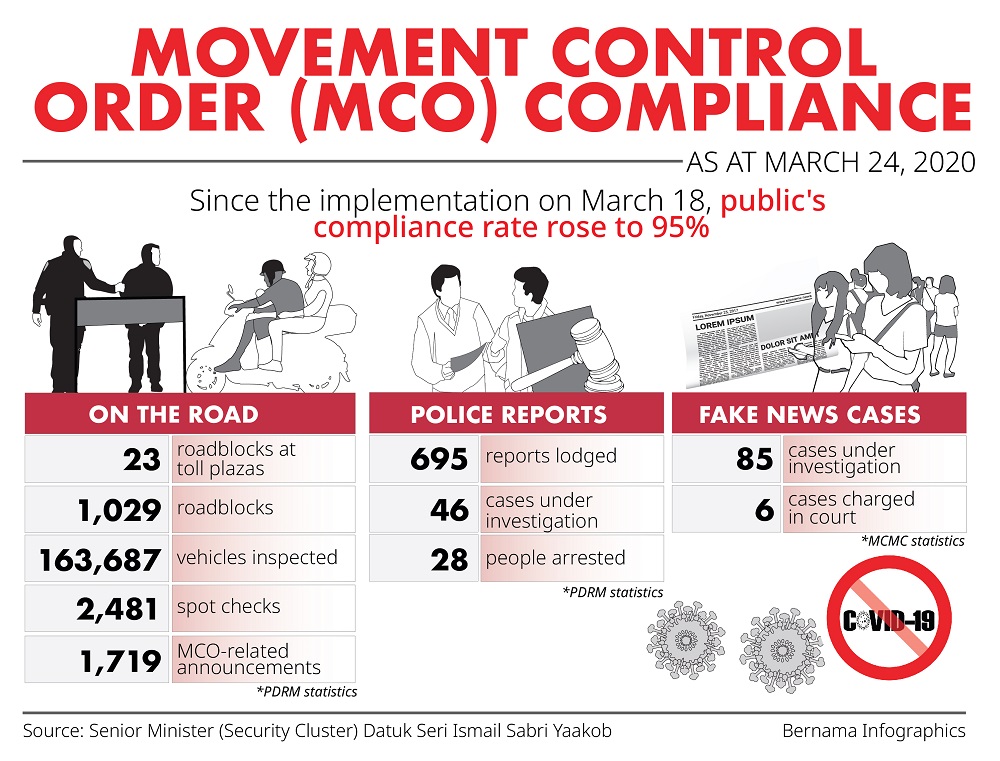