On eve of Covid-19 shutdown, a mad rush home to JB from KL

The large crowd at the Terminal Bersepadu Selatan (TBS) last night following the government’s abrupt decision to implement a nationwide shutdown starting today. — Picture by Ben Tan
Follow us on Instagram, subscribe to our Telegram channel and browser alerts for the latest news you need to know.
By BEN TAN

JOHOR BARU, March 18 — It was meant to be a quick trip in and out of KL yesterday; drop my ailing car at my mechanic's in Subang Jaya and then take a bus back to Johor Baru where I am based.

I did not think the nationwide Covid-19 shutdown which meant no travelling outside of the country would affect me.

The first sign that things would not be going according to plan was the horrific traffic jam which prevented me from leaving the light industrial area where my mechanic is located.

People were either rushing home, doing last-minute shopping or maybe even eating out as that would be the last time they could do so before all dining-in was stopped for the next two weeks.

The situation was made worse by news that those who wished to travel interstate after 12am had to first obtain permission at the nearest police station.

I found out later that police stations all over the country were overwhelmed by the sheer number of people trying to get the necessary forms.

Luckily for me, a friend who stays in nearby Putra Heights came to my rescue; he would come get me once he was done with work at 6pm.

However, it took about an hour and a half before he arrived due to the massive congestion.

We had a quick dinner before he drove me to Terminal Bersepadu Selatan (TBS) in Bandar Tasek Selatan, Kuala Lumpur to check for available bus tickets.

The journey took us over an hour... again because of the bad traffic. 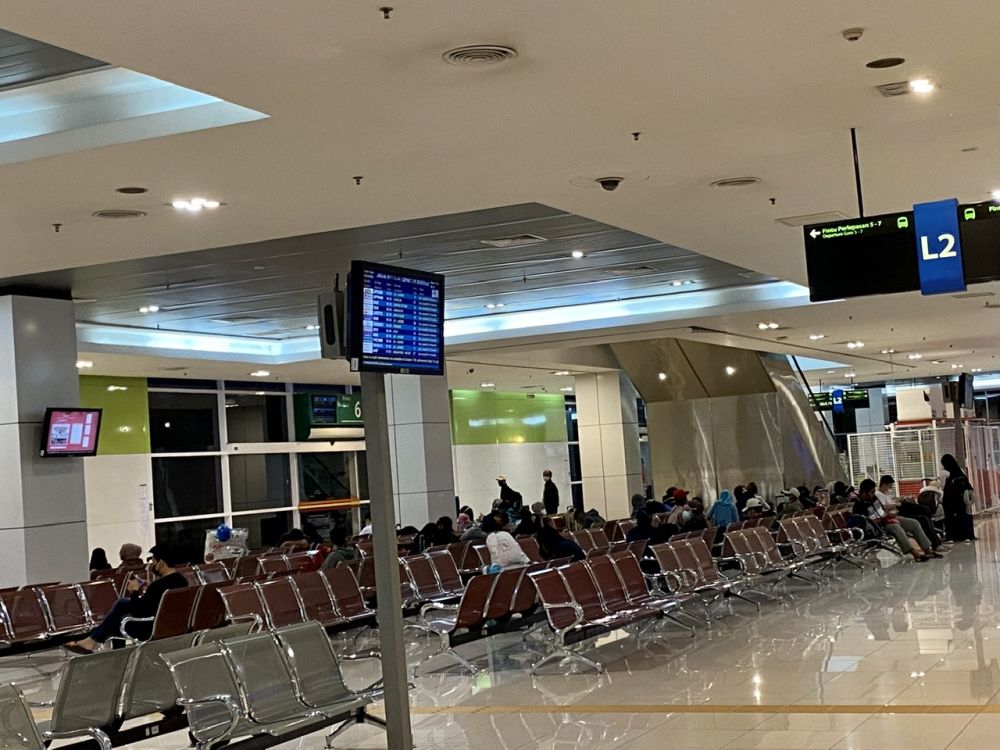 Despite it being past midnight, many were still waiting to board the last bus to their destination last night. — Picture by Ben Tan

At TBS, the road leading to the main arrival/depature terminals had cars lining the road shoulders.

It took a good 15 minutes drive to get to the main departure terminal and upon entering, I saw the place was crowded with people. The queue lanes stretched from the entrance itself.

People were obviously eager to get to their destinations before the deadline following Inspector-General of Police (IGP) Tan Sri Abdul Hamid Bador‘s earlier announcement that all interstate travel needs prior police permission.

This was later retracted as police stations were simply overwhelmed by the sheer crowds. (The interstate travel restriction was reinstated today.)

While waiting in line to buy my bus ticket, I chatted with some of the people there.

Most of those in the queue were students from public and private higher learning institutes with the odd foreign tourist and families. Many wore face masks.

After about 30 minutes, I got to the counter only to be told all tickets to Johor were sold out.

What was available were bus tickets for the next day with the earliest trip at 6am. I went into a bit of panic for a moment.

It then occurred to me how we Malaysians were reacting to this Covid-19 episode... by panic buying.

First, it was the masks and hand sanitisers. Then the outbreak had people rushing to stock up on everything from toilet paper to foodstuff. Now, even bus tickets were not spared.

Well, I still had to get back to JB so I joined the queue again... this time to get a bus ticket for Wednesday.

While waiting for my turn, I saw the crowds had thinned out and by 11.30pm, most of the counters were closed.

Minutes later, a counter staff asked the crowd if anyone was interested in three bus tickets to Johor Baru for the 1am trip.

I immediately took one ticket.

I got into JB at about 4.30am... finally ending a journey which started at my mechanic's some 12 hours earlier.