On Day One of Covid-19 shutdown, nearly all quiet at the KL Sentral front

A general view of the deserted KL Sentral transit hub, as the movement control order kicks in on March 18, 2020. — Picture by Hari Anggara
Follow us on Instagram, subscribe to our Telegram channel and browser alerts for the latest news you need to know.
By AZRIL ANNUAR

KUALA LUMPUR, March 18 — Morning rush hour at the normally-bustling public transportation hub KL Sentral was visibly unrushed today which is the first day of the two-week nationwide shutdown imposed by the government.

What is normally a lively and jam-packed station filled with those who are heading to and from work, travelling in or out of the country or just grabbing a quick bite before heading to office looked rather gloomy today with nearly all the stores and eateries closed.

Only convenience stores such as MyNews and fast food joints such as KFC and McDonald’s were open.

Many wearing the N95 or three-ply face masks either outright ignored requests for interviews and walked away or politely brushed us off with an apology saying that they were “late for work” or “late to catch a train.” 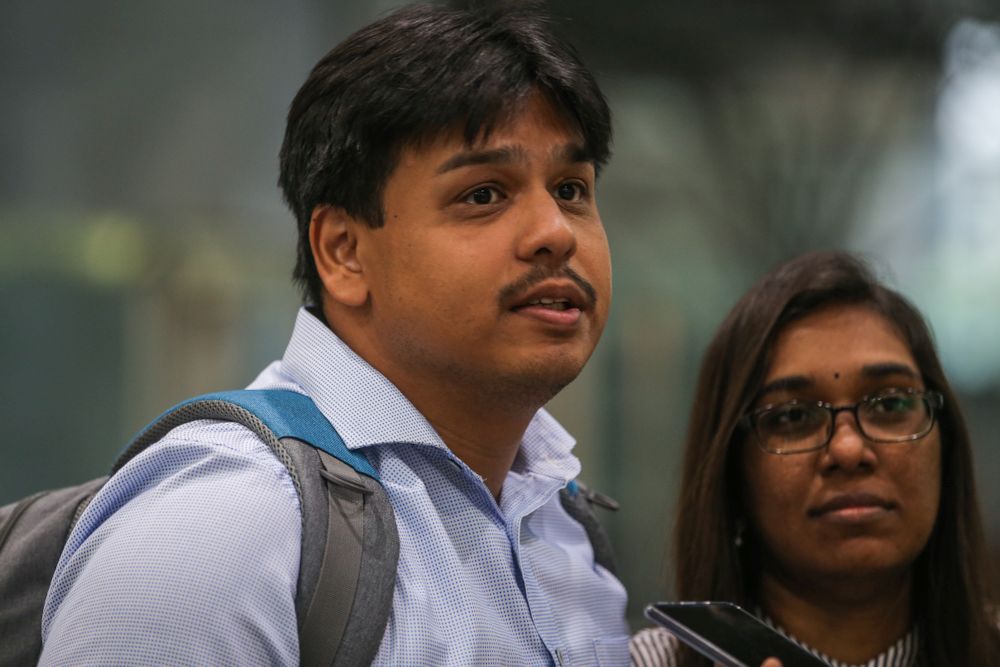 Banker Stephen Mohandas, 37, explained why he was travelling when the country is under the restricted movement order.

He explained he was there to send off his girlfriend Michellee Sandra who was heading back home to Bukit Mertajam, Penang.

“I was a bit worried yesterday when they said we needed to go to the police station and get the permit and approval and so on. We went and did it but everyone was of course at the police station but we managed to submit the form.

“However, before we slept, we found out it had been cancelled. So, once it was cancelled, we were honestly glad because we did not know what would happen today... whether they would let us on the train or not.

“But today seems to be clear, everyone seems to be pleasant, healthy and well. And we are looking forward to my wife having a safe journey today,” said Mohandas.

Michellee said she came down to Kuala Lumpur last Friday for their wedding photoshoot. The couple plan to marry on May 30th at the Divine Mercy Church in Shah Alam and are praying that the pandemic blows over by then.

Their wedding photographer informed them that up to 50 per cent of his clients had decided to postpone their wedding receptions and photography to the end of the year.

This is the scenario that Mohandas and Michellee hope to avoid.

“We hope not, because we have spent a lot of effort, time and money,” said Mohandas when asked if they plan on pushing their reception to the end of the year.

“A lot of people are helpful and are encouraging us to get through this. So, we don’t want to make it into a bad situation or bad news for everyone.” 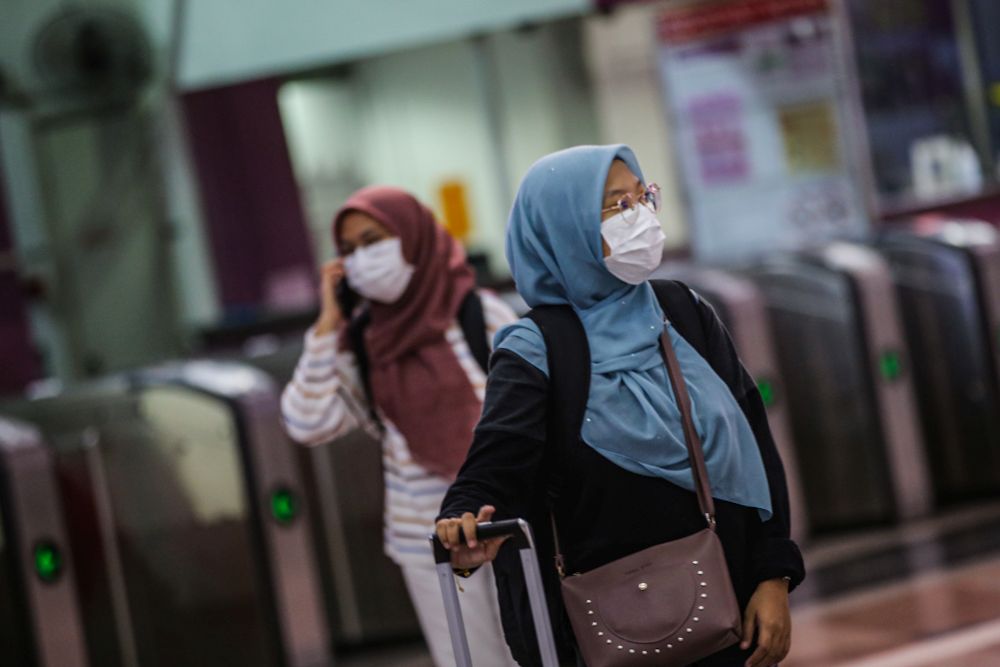 Student Nurul Farhana Rozainizam was also taking the train up north this morning to head back to her home town in Kedah where she will stay throughout the 14-day movement restriction period.

“Well, it was a last-minute decision for me. I bought my ticket online yesterday and quickly went to the police station to apply for the travel form. It was quite a long wait there because there were a lot of people.

“It took me nearly one hour to get my documents ready,” said Farhana who is studying artificial intelligence at UiTM.

However, not all who were travelling this morning are headed home for an unplanned "vacation." 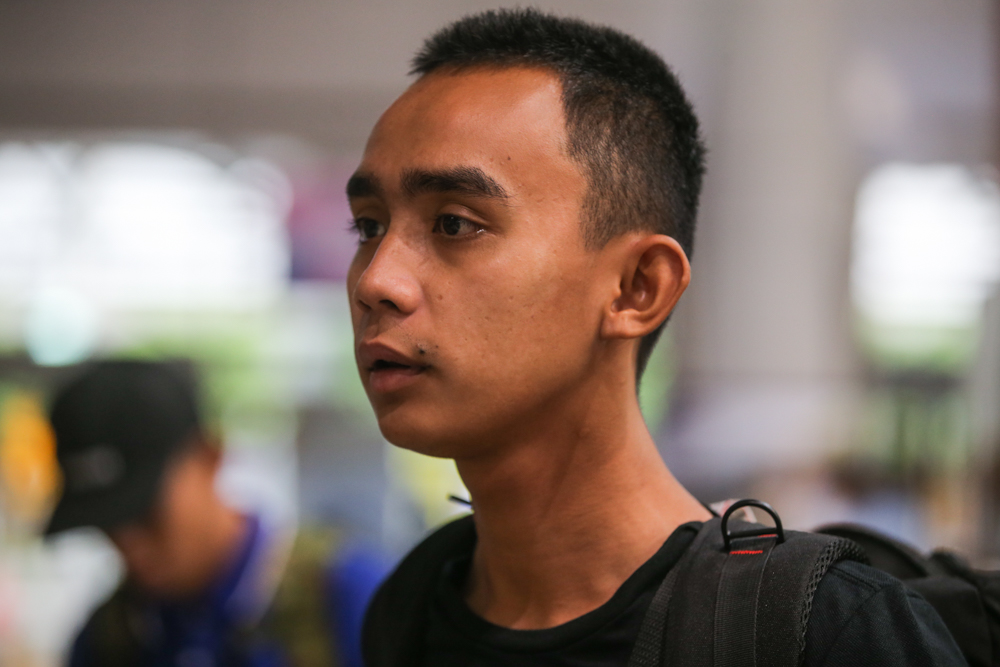 Soldiers such as Harold son of Willie and his squad are travelling for work.

The Sarawakian who serves in the army as an enlisted personnel had just returned from leave in Sarawak and was on his way to his base in Perak.

“My squad and I just finished our training in Port Dickson. We were given two weeks' leave and I took the opportunity to visit my family in Sarawak. Now, I am on the way to report for duty at my base in Perak,” said the 20-year-old Willie.