PKR’s Tian Chua heckled and jostled by PKR supporters in front of party headquarters in Petaling Jaya March 1, 2020. — Picture by Miera Zulyana
Follow us on Instagram, subscribe to our Telegram channel and browser alerts for the latest news you need to know.
By EMMANUEL SANTA MARIA CHIN

PETALING JAYA, March 1 — Supporters of PKR today made their sentiments known to their party vice-president Chua Tian Chang when he was harassed and assaulted while leaving the party headquarters this afternoon.

Chua, otherwise known as Tian Chua, was walking out of the headquarters when he was met with a horde of party supporters who shouted “pengkhianat” (traitor) towards the senior politician.

The crowd then trailed Chua as he was escorted to his car, which was then pelted with mineral water bottles and even a traffic cone by dissatisfied supporters.

Just before getting into his car, Chua was then struck across his face by a party supporter during the midst of the commotion.

Chua could then be seen retaliating verbally to the person that struck him before security personnel shoved him into his vehicle before being driven away.

It is believed that such dissatisfaction towards Chua had been brewing among PKR loyalists, mainly for his role and open association with former party deputy president Datuk Seri Mohamed Azmin Ali.

Dr Afif, however, was more fortunate than Chua as he was allowed to leave the area without being assaulted by the clearly agitated supporters.

It is understood that supporters had grown unhappy with Dr Afif over his involvement and affiliation with Azmin’s faction within the party.

In February, Dr Afif was served a show-cause letter by the party which alleged that he was among those involved in activities to sabotage the party’s Youth Congress in Ayer Keroh, Melaka, on Dec 6 last year. 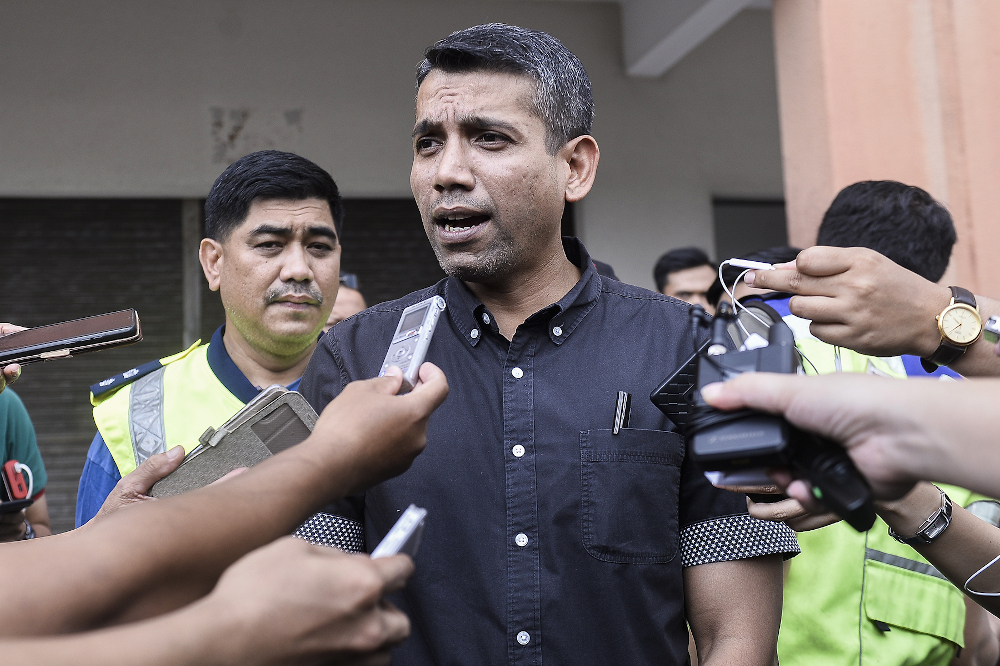 Later, Petaling Jaya police chief Assistant Commissioner Nik Ezanee Mohd Faisal revealed that one arrest has been made in relation to the incident involving Chua, with at least two reports already lodged.

“We have arrested one individual, who we believe is a PKR member, to assist investigations into this rioting case,” he said, adding the case is being investigated under Section 147 of the Penal Code for rioting.

Nik Ezanee said the suspect was detained near the PKR headquarters and that police are tracking down others suspected of involvement in the attack.

Azmin was among 11 party members who were sacked following a backdoor attempt to form a government during the trigger of the weeklong political turmoil.

One of the 11 who had previously announced their loyalty to Azmin was former works minister Baru Bian, who in a twist of events was shown signing a statutory declaration supporting Tun Dr Mahathir Mohamad as the next prime minister during a video posted online by Lembah Pantai MP Fahmi Fadzil yesterday.