The pair of otters that were spotted at Perdana Botanical Garden in Kuala Lumpur recently. — Picture by Shariff Mohamad
Follow us on Instagram, subscribe to our Telegram channel and browser alerts for the latest news you need to know.
By SOO WERN JUN

“I occasionally go to the Lake Gardens for a jog, but have never seen them prior to last week.

“I’m normally quite observant so I think I would have noticed them before if they were present.

“I’m guessing that they only recently moved there,” he said, using the old name for Perdana Botanical Garden.

Shariff, who is a nature and wildlife enthusiast, went back the next day to take photographs of the otters.

He then emailed Malay Mail to alert us of his discovery as we had reported the previous sightings.

Shariff added that having otters in the city is a great way to expose the public and children in particular to wildlife in an urban environment.

“The otters in Singapore, for example, are very well-known and are actually a tourist attraction over there,” he said.

Woo Chee Yoong, a Malaysian Nature Society (MNS) research assistant focusing on otters, said the fact that more people are coming forward with their “discoveries” of wild otters is a good sign.

“It shows that after previous news reports published about the otters, people are more aware about them (otters).

“Awareness is still fairly low in Malaysia; some still think that otters are beavers. They are two totally different mammals,” he told Malay Mail.

However, what is most important right now for Woo is how the public can play a part in preserving the existence of the otters.

But first, they have to understand the nature of wild otters.

“They are adorable mammals, but it does not mean that you should go and pat them.

“These are wild otters, so just like any other wild animals, they are not the same as a pet that has been domesticated,” he reminded.

He also described otters as very cautious mammals that are very observant and if they sense that something isn’t right, they will flee to safety.

“So if you see one, do not try to engage with it. As with all wild animals, if they feel threatened, they will either run and hide or be forced to look for a new habitat,” he said.

Referring to the otters spotted at the Perdana Botanical Garden, he said their presence could indicate a productive and healthy environment. 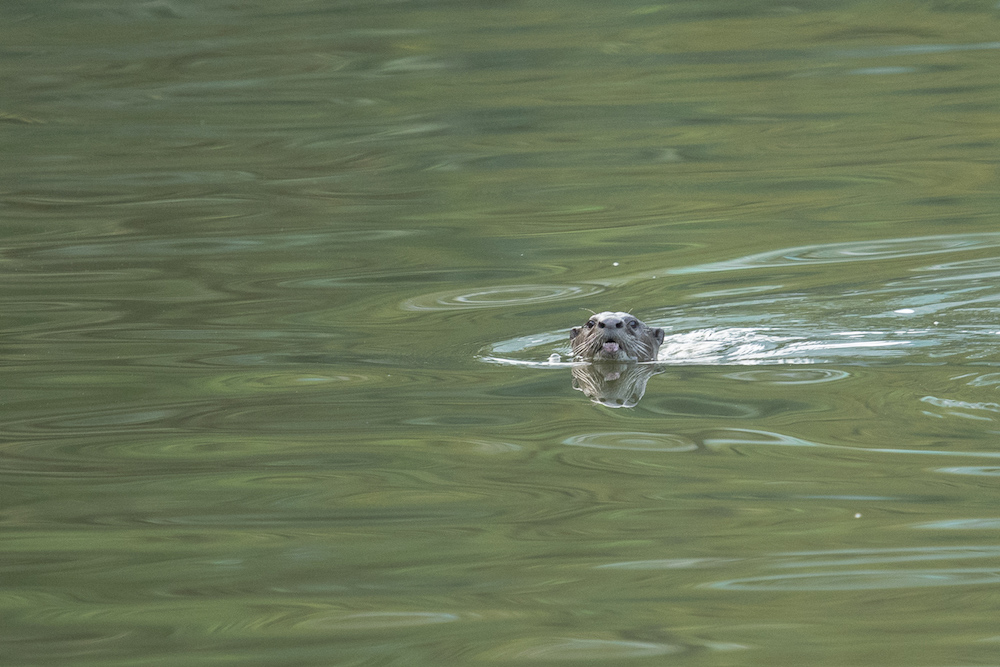 According to Woo, otters are very smart mammals and they will only choose to stay in an area if they know that there is sufficient food supply.

“That is why they are there (Botanical Garden), because there is plenty of fish,” he said.

In a previous report, Woo said the disappearance of an otter population from an area it once populated is a sign that a water body is no longer “healthy”, signalling a disrupted ecosystem.

He also said these mammals can only live in a clean water environment.

For example, the Greater Ulu Muda Forest Complex supplies water to Perlis, Kedah and Penang. There, otters are found.

Currently, Malaysia is home to four protected otter species: the smooth-coated otter that is listed as “threatened”, the Asian small-clawed otter, the hairy-nose otter and the Eurasian otter.

When asked whether the otters sighted at the respective parks were displaced, Woo said due to lack of data he was unable to make any deductions at the moment.

“We will not be able to find out absolutely why these otters reside in urban parks, because there are so many factors.

“One of it is that otters that were formerly pets could have been released into the wild.

“They may have also roamed from nearby areas. We will not be able to identify which is a release or which was displaced from their natural habitat,” he said.

But rather than obsessing about where these otters are from, Woo said the focus should be on educating the public about the importance of otters and how to prevent the loss of their natural habitat.

It is also important that the mammals do not fall victim to the exotic pet trade.

“The otter trade is still very popular among those who want to keep them as pets.

“But with all these sightings, it will definitely help the future of otters in Malaysia,” he said.

It is important to note that otters which are kept at pets mostly have their canine teeth removed so that they do not bite humans, added Woo.

When the otters no longer have their canine teeth, they cannot chew on raw fish. Their diets are usually substituted with dog or cat kibbles and research shows that this causes liver and kidney problems.

While there is great concern for the welfare of the otters spotted in several parts of the Klang Valley since last September, Kepong MP Lim Lip Eng — in a previous report — said he has spoken to Mayor Datuk Nor Hisham Ahmad Dahlan who agreed to form a special team to look into this threatened species.