Profit-driven private prisons not the solution to overcrowding in Malaysian prisons, say rights groups and MPs

Handcuffed suspects are seen at the Petaling Jaya Court Complex October 18, 2019. — Picture by Miera Zulyana
Follow us on Instagram, subscribe to our Telegram channel and browser alerts for the latest news you need to know.
By IDA LIM

KUALA LUMPUR, Dec 10 — Civil rights groups and lawmakers say the introduction of privately-run prisons is not the solution to overcrowding in local jails.

In fact, they are concerned that leaving such a job to profit-minded companies may compromise prisoners’ welfare.

They said the problem of overcrowded prisons should instead be resolved by other methods; laws to help reduce the number of detainees in prisons, while attention should also be paid to improving prison conditions and prisoners’ welfare.

Deputy Home Minister Datuk Mohd Azis Jamman was reported last Friday saying that Malaysia’s 52,000-capacity prisons currently hold 74,000 inmates, and that he had tasked the Malaysia Prisons Department to study if private prisons could help with overcrowding and financial pressures, with a view to having such prisons house minor offenders. 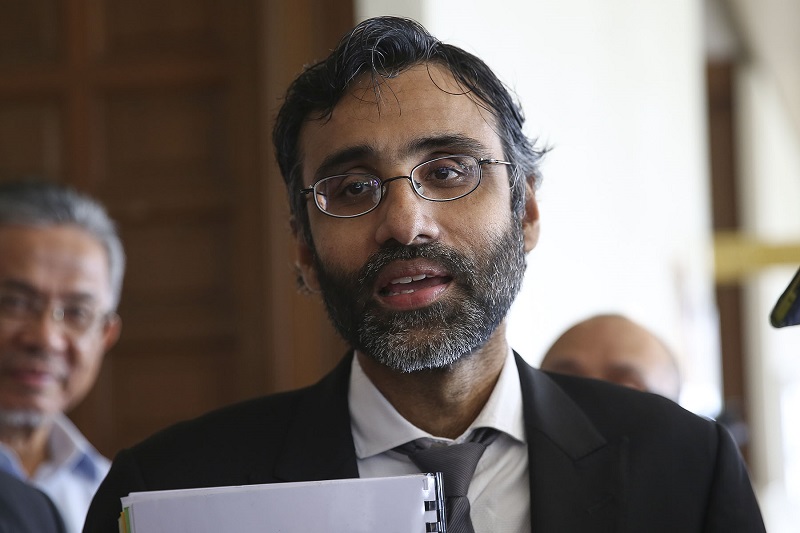 Surendran suggested a widening of the existing parole system with the necessary safeguards. — Picture by Yusof Mat Isa

But Lawyers for Liberty (LFL) adviser N. Surendran noted the ethical concerns of prisons operated on a private profit basis.

“Prisons are an institution of public justice, they should not be privatised. The idea that prisons are to be run with a profit motive is surely an obscene idea.

“Let’s not go down the path of the US where private prisons exist and have given rise to a whole host of problems,” he told Malay Mail.

Surendran also highlighted practical considerations if private prisons were to be introduced, asking: “How will we ensure prisoners’ welfare will be taken care of if it’s a business concern?

“It will also encourage corruption and other ills. Prisons should be run by state-trained and -employed personnel, not by private security guards.

“The answer to prison overcrowding is to re-look sentencing policies as well as legislation removing judicial discretion and imposing minimum sentences,” he said in reference to mandatory jail terms for some offences where judges are not given the discretion to mete out alternative non-prison sentences.

“Of course we recognise that some offenders must be sent to prison. But excessive sentences, minimum sentences that force judges to send people to prison are what need to be reviewed,” he said.

He also suggested a widening of the existing parole system with the necessary safeguards, saying that prisoners who have served some time with good behaviour should be released on parole and be allowed to serve the rest of their sentences outside of prison.

“Most importantly, illegal migrants and foreign workers are clogging up the prison system. They should be sent back immediately, instead of giving them long sentences or keeping them to be flogged, as has been happening now,” he added. 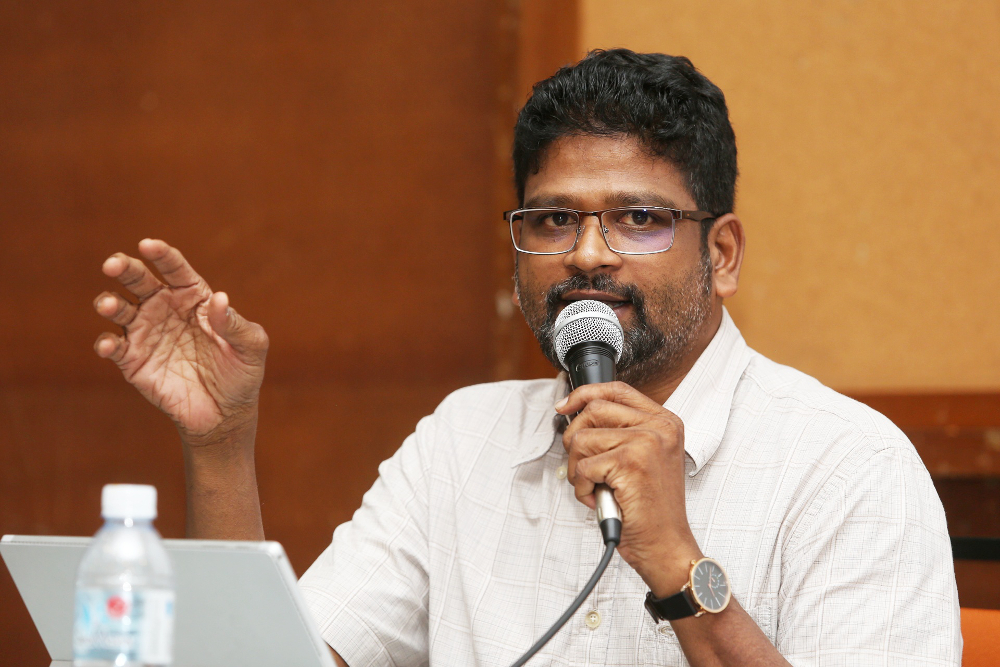 Sevan said the deputy home minister should engage stakeholders including civil society organisations and progress with their input instead of making such announcements. — Picture by Choo Choy May

“Profit-making off the criminal justice system is problematic by nature and shouldn’t even be considered,” he told Malay Mail when contacted.

Sevan said that more than half of Malaysia’s prison population are drug offenders, adding that the minister in charge of law Datuk Liew Vui Keong is already on track to address drug abuse problems through reforms of drug laws and the development of a rehabilitative policy.

Sevan said the deputy home minister should engage stakeholders including civil society organisations and progress with their input instead of making such announcements. 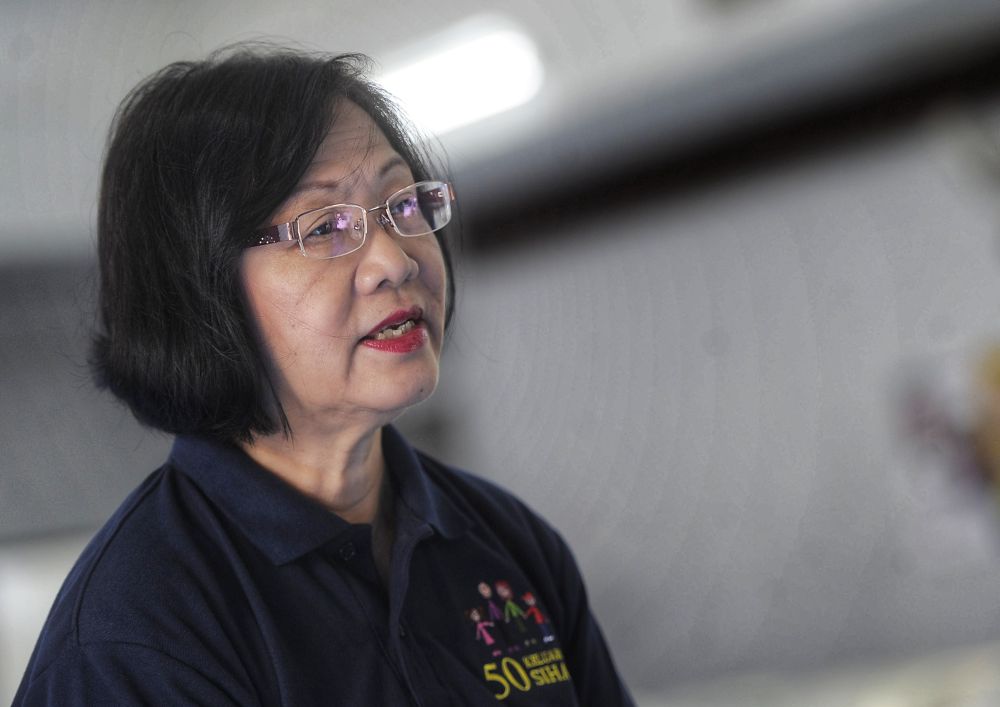 Maria said the government needs to evaluate why overcrowding in prisons happens. ― Picture by Shafwan Zaidon

Petaling Jaya MP Maria Chin Abdullah said Malaysia should not jump too quickly into adopting the idea of private prisons in light of problematic experiences abroad, and should instead focus on other types of prison reforms.

“Look at other countries that have privatised. They have not worked out too. US private prisons have been under heavy criticism.

“The assumption is that privatisation will solve all problems. I don’t think so as prison reform is about setting standards, particularly respect for human rights, mindset change towards prisoners, forensic collection of evidence, and more importantly ensuring policies and guidelines are implemented accordingly.

“Even with privatisation, the government needs to monitor, ensure strict guidelines are followed through and prisoners treated with dignity,” she said, adding that she thinks there should be better discussion before privatisation takes place.

Maria said the government needs to evaluate why overcrowding in prisons happens, noting that not all prisoners are hard-core offenders and some had committed petty theft or crimes but were stuck for a year or more in jail because their cases have yet to be heard in court.

“Their cases should be resolved within a maximum of two weeks to a month instead of taking years. The reforms that we should be looking at include a review of police handling of cases, increase personnel to assist courts to reduce backlogs, how prisons are being run and so forth. By doing so it will clear a lot of backlog cases,” she said. 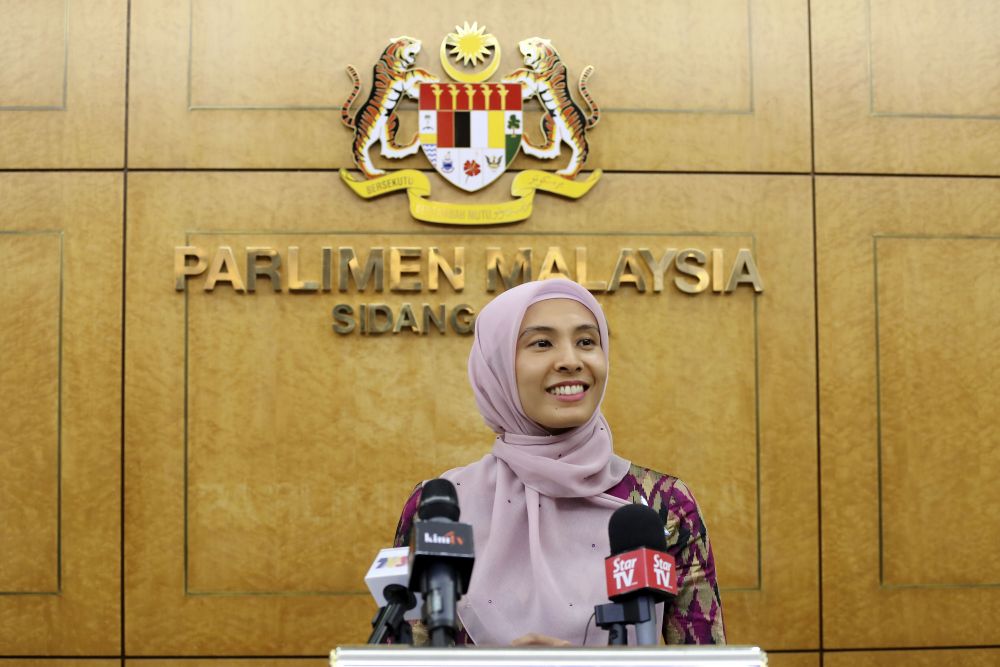 Nurul Izzah suggested a reorientation of focus towards fulfilling the Malaysia Prisons Department’s own target to have as many as 75 per cent of eligible prisoners undergo rehabilitation outside of prisons by 2030. — Picture by Yusof Mat Isa

Permatang Pauh MP Nurul Izzah Anwar noted that overcrowding in prisons is a serious problem, and that the Malaysia Prisons Department has already made it a priority to overcome it.

“The issue is not so much about private prisons as it is about criminal justice reform as a whole. This includes reforms on current sentencing modus operandi, prison conditions, access to healthcare, and overcrowding.

“Studies of public vs private prisons around the world have demonstrated that private prisons tend to exacerbate the problems, such as living conditions -- due to shifting priorities towards improving profit margins,” she added.

Nurul Izzah suggested a reorientation of focus towards fulfilling the Malaysia Prisons Department’s own target to have as many as 75 per cent of eligible prisoners undergo rehabilitation outside of prisons by 2030.

Putting this figure at approximately 16,000 individuals as well as the daily costs per prisoner of RM38 to RM41 per day as previously cited by Liew, Nurul Izzah said that this would translate into annual savings of between RM221.92 million and RM239.44 million “that can be easily plugged in towards the improvement of living conditions befitting prison wardens as well as inmates”.

She highlighted Datuk Prof Dr Adeeba Kamarulzaman’s previous research, which had among other things showed that more than 80 per cent of both prisoners and staff at the Kajang prison at one point had latent or non-infectious tuberculosis. 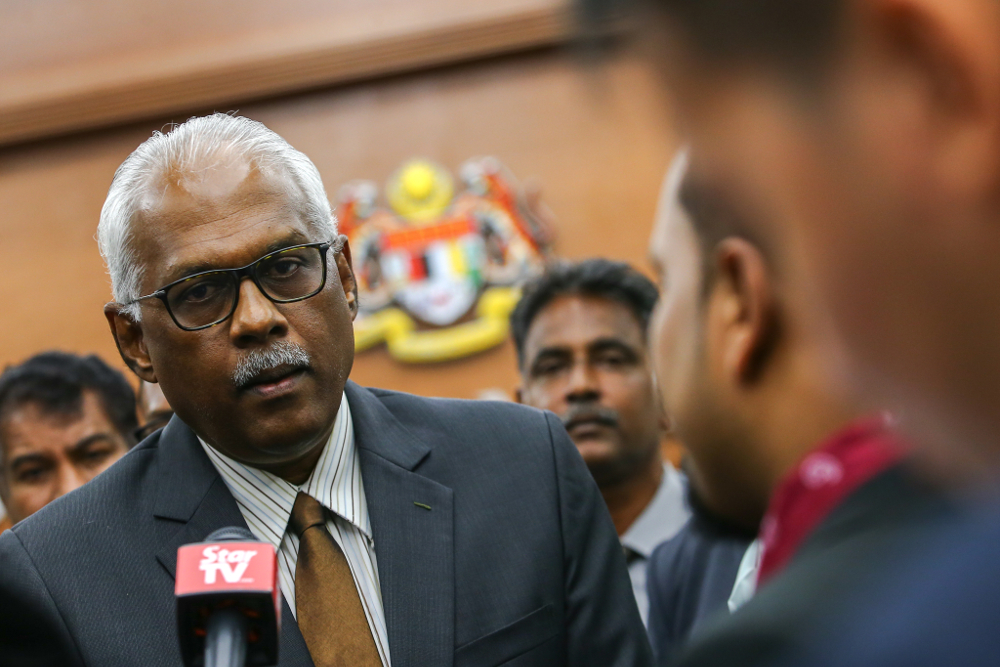 Charles also questioned if private companies would train prisoners with new skills as the Prisons Department is currently doing and if international standards on prisoners’ welfare would be complied with. — Picture by Hari Anggara

Klang MP Charles Santiago said the government should study if it is really better to introduce private prisons, noting that going ahead with the idea could mean handing over prison management to international companies.

“Normally these companies are profit-driven and they will cut corners. So the question is how are you going to make sure they will be able to take care of the prison, including inmates?” he asked.

He also questioned if private companies would train prisoners with new skills as the Prisons Department is currently doing and if international standards on prisoners’ welfare would be complied with: “Will they follow all the agreements, conventions for the protection of prisoners while they are in custody? And make sure they are healthy and medical support is provided for them as and when required?”

Charles also argued that it may not necessarily be cheaper to have private prisons which will have to be funded by public funds, as there may be a need to bring in costly external expertise.

“I think before the government goes even further, they should produce a cost-benefit analysis to make an argument about whether private companies are more efficient than the existing system,” he said, having noted that more information is required on what exactly the government had in mind.

Other aspects to consider include what would happen to existing manpower at prisons, as the private companies may choose to hire fewer staff to make more profit, he said.

“You can’t privatise and solve overcrowding. Overcrowding simply means existing facilities are not enough, so how is privatisation going to help you?” he said.

“I think the basic strategy would be to minimise the number of people going to prison, by having support systems outside, but the fact that the government is considering privatising prisons tells you they are not looking at how to solve the problem at the root,” he said.