When your ringgit isn’t good enough: The real reason businesses reject your money

A number of tradespeople Malay Mail spoke to saw their hard-earned money go down the drain due to faded or torn ringgit notes or those that have scribbles on them. ― Pictures by Farhan Najib
Follow us on Instagram, subscribe to our Telegram channel and browser alerts for the latest news you need to know.
By JOHN BUNYAN

IPOH, Nov 26 — Mohd Faizal Nordin used to throw away money even though they were legal tender.

It wasn’t because the 40-year-old restaurateur was so filthy rich, but because the notes he discarded were those he had mistakenly accepted from customers despite being damaged.

“I did not know the money can be changed into new notes. All this while, I have been throwing them as most the time the customers would not want it when we give them change and on top of that I can't use it to purchase other things,” he said. 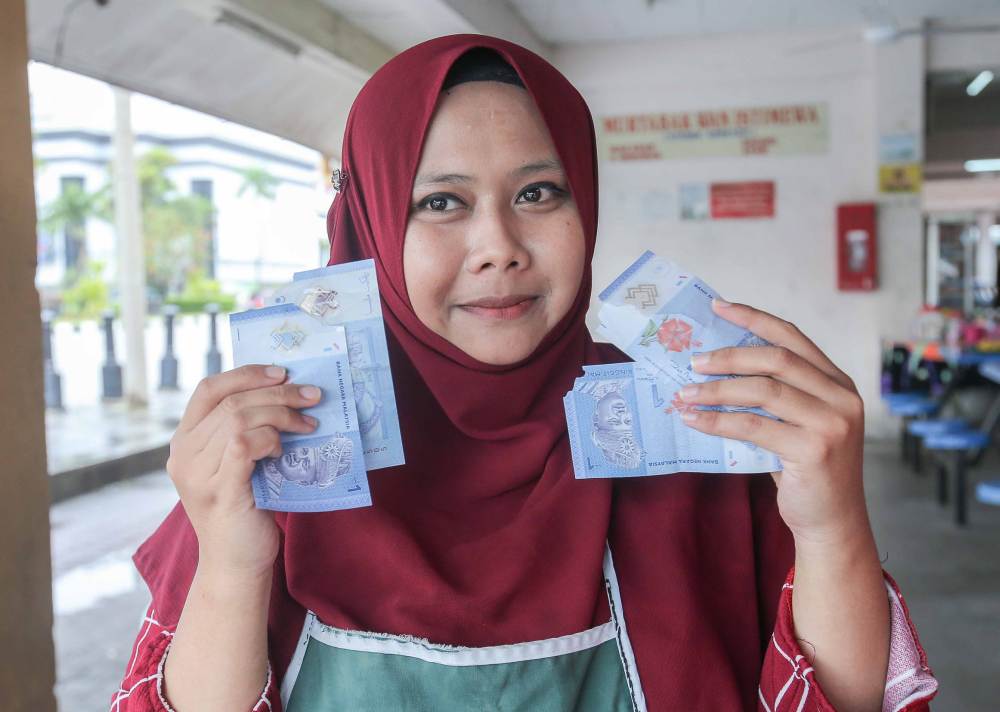 Noor Syazlidn Mohd Yusof often finds damaged ringgit notes are those in the denominations of RM1 and RM5.

“During the fasting month, I receive a lot of damaged RM1 notes. You won't be able to spot the defects when they give you a number of RM1 notes together,” she related.

Faizal and Noor Syazlidn are not the only ones to have suffered losses due to damaged money or what the central bank terms “unfit currency”.

A number of tradespeople Malay Mail spoke with recounted similar experiences in seeing their hard-earned money go down the drain due to faded or torn ringgit notes or those that have scribbles on them. 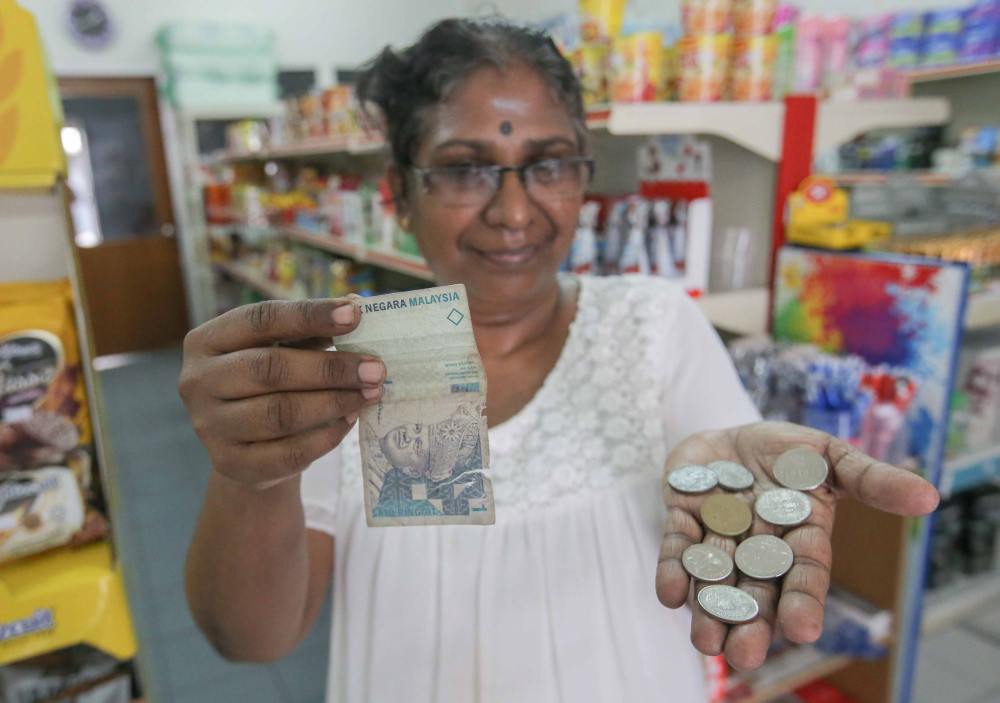 Grocery shop owner Magheswary Pitchay said when she receives such unfit currency, she will tell her customers she cannot accept them and her reason for rejection.

“ATMs will not accept damaged notes and we can't change the money with customers also.

“Most of the time they are not even willing to accept faded or torn notes, which were fixed using cellophane tapes,” she said.

L. Samy Kannan, who was in the midst of paying for his groceries, concurred and said he too would not accept damaged ringgit notes from the shop owner because he doesn’t think it a fair transaction.

“When we buy things, we use good ringgit notes. It is not fair to receive damaged notes in return for the change,” he said, adding that he usually checks the balance he receives to make sure they are in good condition as well as the right amount.

“I believe, both customers and business owners should be more attentive in money transactions and should not accept damaged notes, so that the people who are actually at fault of causing damage to the notes will bear the full consequences of it,” he added.

What some may not know is that unfit currency can be traded in at banks. Which is why some businesses are willing to accept a certain degree of “damage” to the money, depending on what the condition is.

Local chain store Pasaraya Save is one of those willing to give the customer the benefit of the doubt.

Its director of operation Premkumar Nanda Kumar told Malay Mail that the shop may accept some ringgit notes, but will reject those are missing part of the paper money or those where the image of the Yang di-Pertuan Agong has been defaced.

“Even banks are not accepting of such damaged notes. They don't have value anymore and it is similar to accepting fake notes,” he said.

“Not all the damaged money can be changed at the bank. The notes have to meet certain criteria and conditions, one of which is the serial number in the note, it should be visible and not damaged,” he explained Choy Chi Choong who runs a grocery called Sharikat Choy said the reason he refuses certain damaged cash is because he has to pay a service fee to the bank when he takes in the damaged notes for exchange.

“If the money is torn or damaged I usually would not accept it from the customers. This is because when I want to change it to new notes I need to pay a service charge to the bank.

“It is a loss for me. I need to pay money to get new notes for notes which were not damaged by me,” he said, adding that he usually exchanges the damaged notes at either Hong Leong Bank or Maybank.

Choy said he understands the commercial banks impose a service charge as they need to send it for exchange with Bank Negara Malaysia (BNM), headquartered in Kuala Lumpur.

Malay Mail’s check with three commercial banks found that only Hong Leong Bank imposes a fee for any money it has to send to BNM; for minor damage to the note, exchange is free. Likewise Maybank and Public Bank both said they do not charge customers who want to exchange their damaged notes.

However all three said customers may not receive the same value for the damaged denomination exchanged, whether for notes or coins, as it depends on the extent of damage.

As an example, if half of a RM100 note is damaged, the commercials banks said they can only offer the customer RM50 to trade in the money.