The pencil case story: How meeting to alter 1MDB audit report was recorded without anyone knowing

Witness Nor Salwani Muhammad is pictured at the Kuala Lumpur Court Complex November 21, 2019. — Picture by Firdaus Latif
Follow us on Instagram, subscribe to our Telegram channel and browser alerts for the latest news you need to know.
By IDA LIM

KUALA LUMPUR, Nov 21 ― A government auditor today revealed she had made a voice recording of an 2016 meeting to make changes to the Auditor-General's audit report on 1Malaysia Development Berhad (1MDB), without anyone's knowledge.

Testifying against former prime minister Datuk Seri Najib Razak and former 1MDB CEO Arul Kanda Kandasamy in their trial, auditor Nor Salwani Muhammad however denied she had intentionally made the recording secretly, asserting that she had hastily placed the voice recorder in her colleague's pencil case when ordered to leave the meeting room.

Nor Salwani, 52, told the High Court today that she went to the February 24, 2016 meeting which was chaired by then Chief Secretary to the Government Tan Sri Ali Hamsa and held in his office.

Nor Salwani said she went with other National Audit Department's (NAD) officers including then Auditor-General Tan Sri Ambrin Buang and the 1MDB audit team's leader Saadatul Nafisah Bashir Ahmad to the meeting, noting that the meeting involved other senior government officers and 1MDB's Arul Kanda.

But just before the meeting started, Nor Salwani said she was hastily asked by Ali's staff to immediately leave the meeting room, despite her position as the coordinator of the NAD special audit team on 1MDB.

“At first I'm inside the meeting room, because it is normal for any exit conference, if anything, the secretariat or coordinator joins the meeting.

“But I'm not allowed to join the meeting, so I put the [recorder] in Puan Saadatul's pencil case, because I need to take minutes for the meeting,” she explained when asked by lead prosecutor Datuk Seri Gopal Sri Ram.

Nor Salwani explained that she had to make the recording to prepare the minutes of the meeting, as it was related to the NAD's audit and due to her role as the audit team's coordinator. 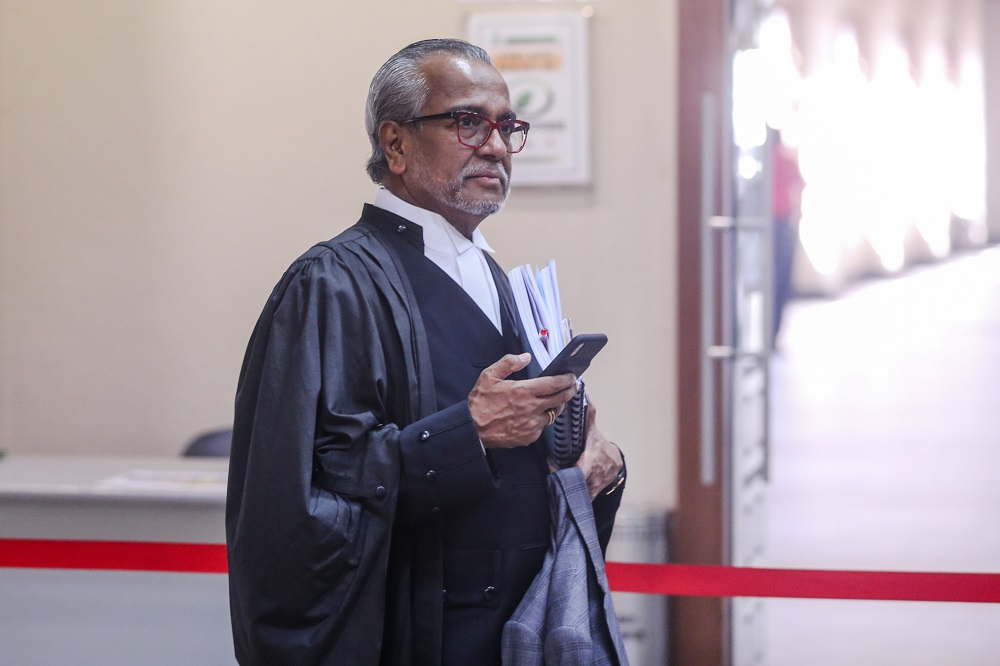 When quizzed by Najib's lawyer Tan Sri Muhammad Shafee Abdullah, Nor Salwani confirmed that it was standard procedure for her to carry the NAD-owned voice recorder to meetings for the purpose of preparing minutes, and that she had considered the February 2016 meeting as a typical one that should be recorded.

But when the meeting started, all NAD officers except Ambrin and Saadatul were not allowed to remain in the meeting room.

Nor Salwani said just before she was forced out of the meeting room, she had managed to hurriedly put the voice recorder into Saadatul Nafisah's pencil case ― which was already open by a quarter ― that was laying on the table.

Nor Salwani said she did not have the chance to inform anyone including Ambrin or Saadatul Nafisah of her leaving the recorder in the meeting room due to the hasty situation, insisting that she did not mean to hide the recorder.

“I did not intend to hide, I put it in and wanted to tell her. But when asked repeatedly to leave, I did not manage to tell her that I left the recorder in her pencil box,” she said, later disagreeing with Shafee that she had intended to secretly record the meeting.

Nor Salwani said she also did not manage to tell Ali who had just entered the room about the recorder due to her relatively lower rank compared to Ambrin and Saadatul Nafisah, but noted that she did not think his permission was required for a recording to be made.

Nor Salwani said she had retrieved the voice recorder from the pencil case after Saadatul Nafisah left the room, and had listened to the recording with other 1MDB audit team members at the NAD office. 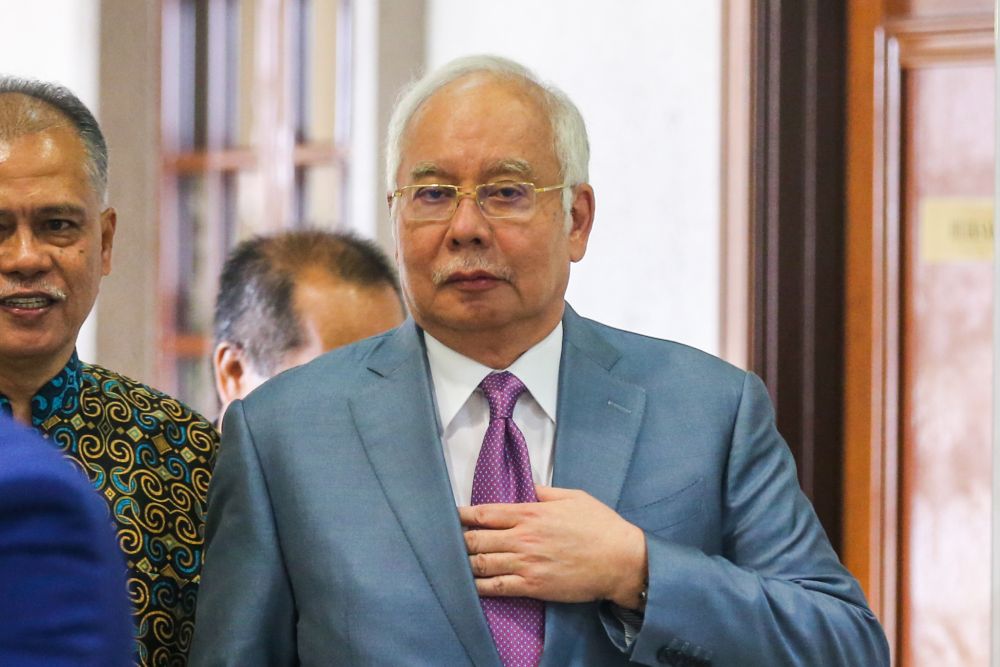 Where the recording went

Nor Salwani said she had given the voice recorder to an NAD division that keeps government assets after having transferred the February 24, 2016 recording to an external hard drive that was officially under the 1MDB audit team's use.

She said she had within the period of February to April 2016 further transferred the recording to another NAD external hard drive and a pendrive due to security considerations owing to concerns then about “leakage” of government information.

She confirmed that the voice recorder no longer carries the recording, and that she had also deleted the recording from the first hard drive after transferring it to the subsequent hard drive and the pendrive.

“At that time, I was informed that the issue of information leakage happened frequently in the public sector and has to be given attention by government agencies including the NAD,” she said.

She said that the second hard drive was damaged after a fall and was uncertain if it had already been repaired as it was later passed to the current Auditor-General Tan Sri Madinah Mohamad and now placed in the Malaysian Anti-Corruption Commission's (MACC) custody.

As for the pendrive, Nor Salwani said she had placed it in an envelope that was stapled in a locked metal cabinet at her office that had controlled access.

The audio clip lasting around two hours and 40 minutes ― which Nor Salwani had described as having shocking and abnormal requests for audit report changes ― was yesterday played in court from the same pendrive after it was removed from a sealed envelope.

The February 24, 2016 meeting eventually resulted in four main changes to the 1MDB audit report before it was finalised and presented to Parliament’s Public Accounts Committee (PAC). 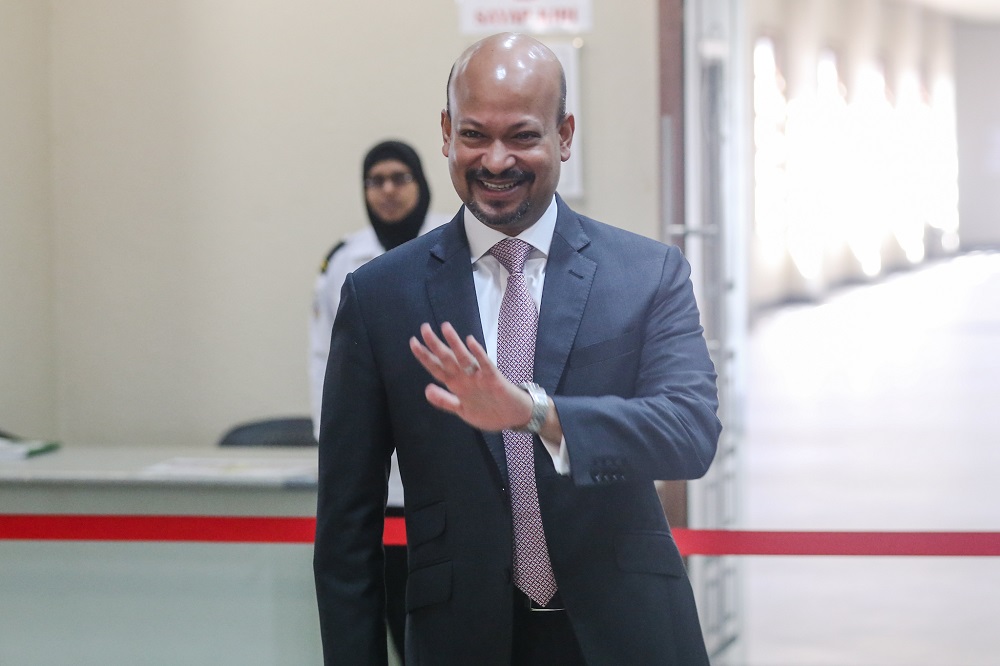 Ali had earlier this week testified that no minutes were taken during the February 24, 2016 meeting, which he said had been called due to Najib’s instructions to remove content that he was dissatisfied with.