Family and friends attend Datuk M. Chandran’s cremation at the Sentul Cremation Ground in Sentul, Kuala Lumpur September 28, 2019 — Picture by Shafwan Zaidon
Follow us on Instagram, subscribe to our Telegram channel and browser alerts for the latest news you need to know.
By RADZI RAZAK

KUALA LUMPUR, Sept 28 — Former Malaysia and Selangor football legend Datuk M. Chandran, hailed as one of the best skippers the country has ever seen, was laid to rest in a private ceremony at the Athieswaran Temple Cremation Ground in Sentul this afternoon.

Chandran, the captain of the 1972 Munich Olympic Men’s football team, was remembered as a disciplined and strict leader on a football field, but a loyal, warm and good friend off it.

In his modest two-storey terrace house in Ampang Jaya, fellow Malaysian football legends paid their last respects and reminisced about the good old times they had with their former captain.

“I used to play against him when he was in Selangor while I was with the police team. I remembered I tackled him once so hard and injured his ankle and he was replaced.

“It was my brother (Sardar Khan) who replaced him at that time and he then harassed me for the remainder of the match.

“When you play in the wrong shirt, you are the enemy,” he said adding that off the field he and Chandran were very close friends, said the former KL police chief.

Datuk Khaidir Buyong, who played with Chandran for Selangor and the national team in the 70s and 80s, said that was the golden football years for them.

He said Chandran was always at the forefront and seen as a leader.

“I knew him since the 70s. He was a very talented and dedicated player. At that time, we always gave our 150 per cent.

“Our standards were different back then. You can choose anyone with closed eyes (to play for the national team). Unlike today,” he recalled.

Malaysian 1972 Munich Olympic goalkeeper Wong Kam Fook said Chandran as a centre-back was an invaluable ally to play with.

“Actually, during our time, we were very unique. Datuk Chandran was the captain, but sometimes I scolded him as well, because the captain and back four had to have good communication.

“I was lucky to have them around me. I just blocked some balls. I only knew him in football team. You can ask him to do anything for you,” he said.

Reduan Abdullah, who played for Selangor and Malaysia from 1973 to 1985, had the distinction to both play and be coached by Chandran.

“He was a very stern and serious character in the football field.

“When he enters the field, he changed. It doesn’t matter if he was your best friend, he was very serious and strict. But off it, he is a very good friend,” he told reporters when met today. 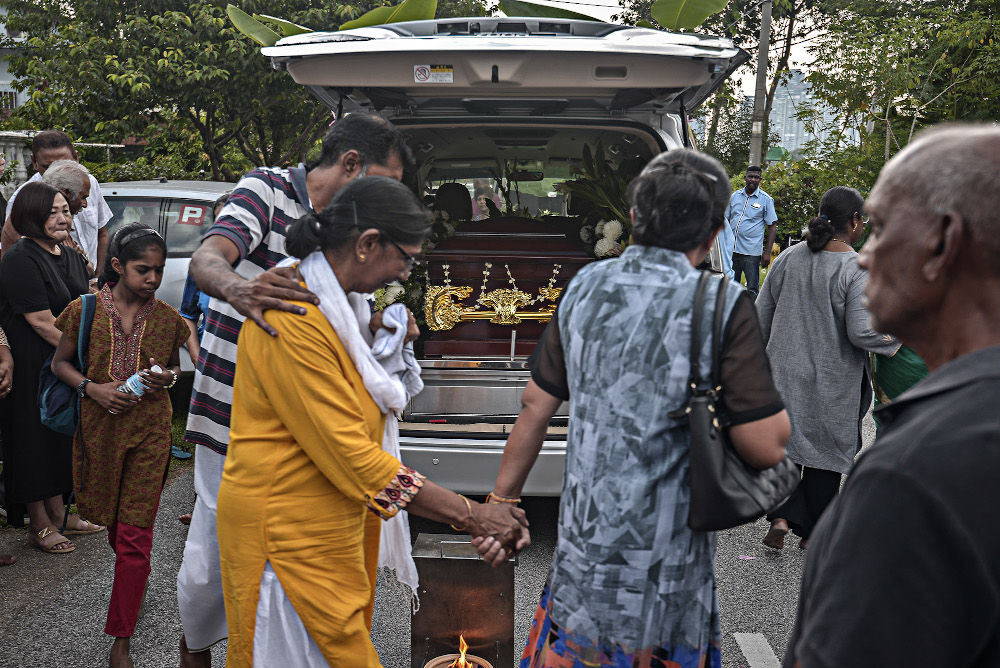 “He gave a good picture for Malaysia football. He will be missed.

“When he was the coach, it was hard. The training was very hard. That’s why we were good back then.

“He was the best centre-back. It was very hard for any striker to defeat him in Asia. Back then, South Korea were the best team, but we defeated them. Of course, because of his talent,” he said.

Football Association of Malaysia (FAM) Exco Christopher Raj Aralanthu, on behalf of the family, thanked everyone who came to pay their respects.

He said Chandran have been suffering from neuro motor disease for 17 years after his stroke in 2006 and has been thankful for the help he received FAM, the government and friends.

“On behalf of the family, we would like to thank all those who come to pay respect. I think in the last 2 to 3 weeks, there were many people who come and gave encouragement to his children.

“We knew that he was struggling for 17 years with his sickness.

“Also to the Ministry of Health, especially the Neuro Centre of Kuala Lumpur Hospital that treated him for 15 years,” he said.

“We knew his services to the country and relayed our condolences to the family. If the family needs any help, FAM will provide for it like we did to all our former national players,” he said.

While playing for then employers Chartered Bank, he was spotted by Selangor manager Harun Idris and taken into the state team, which triumphed a number of times in the Malaysia Cup tournament.

In the 1972 Munich Olympics, the national team led by Chandran finished third in a group consisting of West Germany, Morocco and the United States. The team also secured the bronze medal in the 1974 Tehran Asian Games.

Chandran retired from playing a year later and moved to coaching.

Chandran, 77, died peacefully at his house in Ampang Jaya at 7.30am leaving behind his two sons, C Kumarason, 38, and C Vicknaraj, 36. 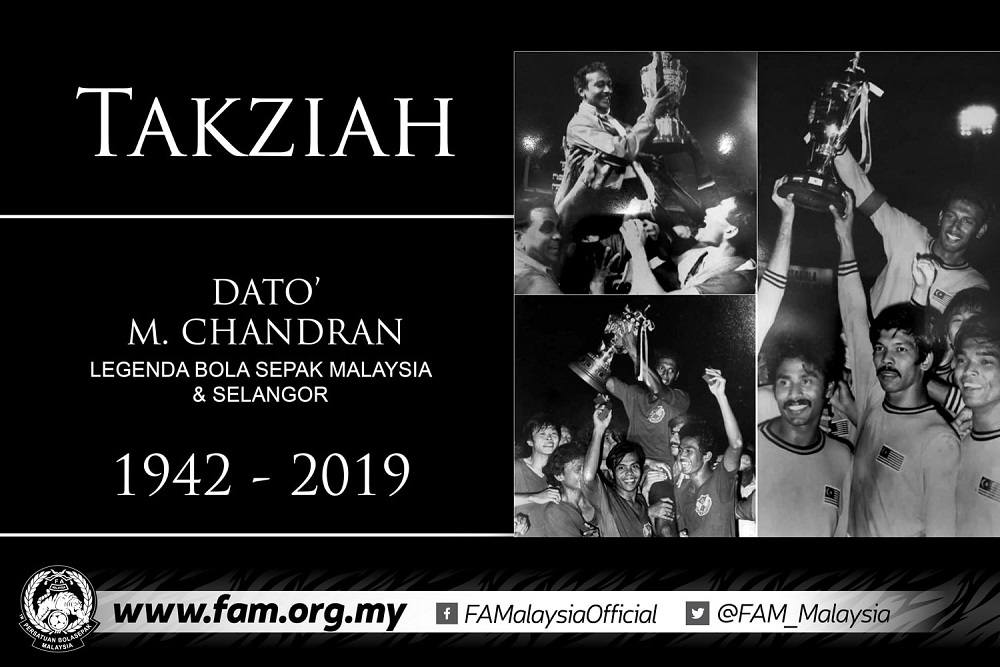