Lynas CEO Amanda Lacaze, whose company was allowed to operate for six more months, is confident that the company would be able to meet Malaysia’s conditions. — Picture by Mukhriz Hazim
Follow us on Instagram, subscribe to our Telegram channel and browser alerts for the latest news you need to know.
By IDA LIM

KUALA LUMPUR, Aug 21 — Australian miner Lynas recently obtained a six-month extension on its licence to operate its rare earth refinery in Pahang, sparking controversy as it has yet to remove waste containing low levels of radioactive elements from Malaysia as previously demanded by the Pakatan Harapan (PH) government.

A quick recap of Lynas shows that it started operations in Pahang in 2012 after obtaining a two-year temporary operating licence. (Lynas Malaysia had in March 2012 provided a letter of undertaking that it would return the waste produced back to Australia if necessary, while Lynas Corporation Australia had in February 2012 similarly gave an undertaking to remove the waste from Malaysia if necessary.)

The Malaysian government administered by the Barisan Nasional (BN) coalition then granted Lynas a two-year full stage operating licence for its Pahang plant in 2014, before renewing it in 2016 for a three-year period, which means the current licence will expire on September 2, 2019.

Mid-way through its current licence period, the PH coalition came into power and initiated a review of the Lynas’ rare earth plant’s operations and waste management.

But after initially demanding that Lynas ship its waste with radioactive elements out from Malaysia in order to have its licence renewed, the Malaysian government dropped the condition after Australia refused to accept the waste.

The Atomic Energy Licensing Board (AELB) on August 15 announced a six-month extension of Lynas’ licence starting from September 3, along with three conditions.

Here is a list of those “winners” and “losers” with the six-month extension:

Lynas has had to fight off strong dissent by local activists such as the Save Malaysia, Stop Lynas (SMSL) group throughout its seven years of running the rare earth refinery plant in Kuantan, due to health concerns over waste generated.

Lynas had faced uncertainty in the past few months, especially since December 2018 when the federal government imposed strict conditions for licence renewal, including the mandatory removal of radioactive waste produced at the Kuantan plant from Malaysia.

The Lynas plant produces two main types of residue that it has been keeping in temporary storage facilities since 2012, namely the solid waste of Water Leached Purification Residue (WLP) with naturally-occurring radioactive material with a radioactivity at 6.2 Bq/g (above Malaysia’s limits of 1 Bq/g) and the Neutralization Underflow Residue (NUF) which is a scheduled waste.

(The PH government’s Ministry of Energy, Science, Technology, Environment and Climate Change (Mestecc) had last December expressed concern over the increasing amount of waste accumulated and temporarily stored at Lynas’ open landfill site, which it said was exposed to the threat of natural disasters such as major flooding and which would pose a risk to the environment and surrounding communities.) 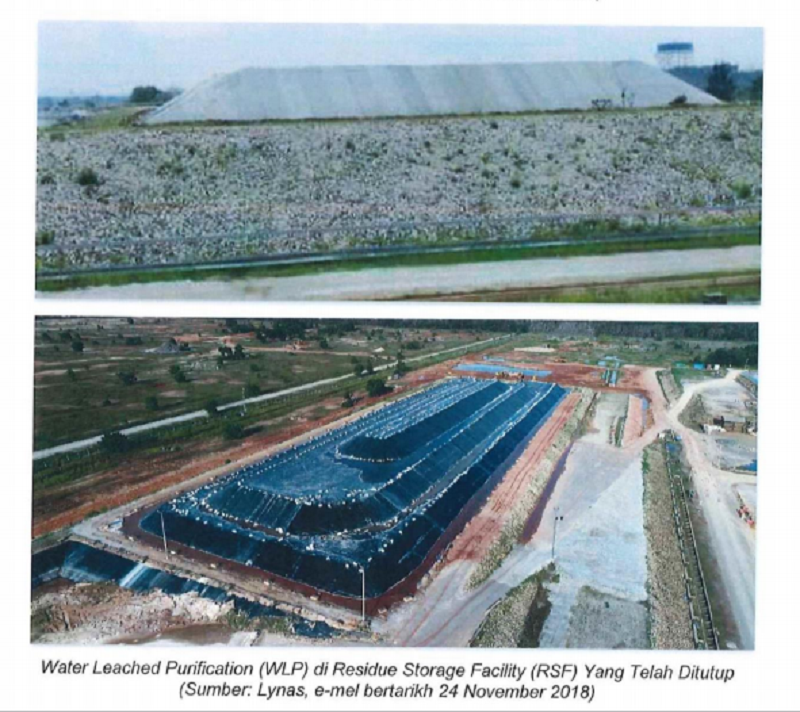 Lynas has now earned a short reprieve of six months with the latest decision, but this comes with three conditions by the AELB, including the first condition of Lynas being required to submit plans to build a “cracking and leaching” facility abroad and to build and operate it overseas within four years from the licence validity date, and would subsequently not be allowed to produce radioactive waste exceeding 1 Bq/g after the “cracking and leaching” part of the process is moved out from Pahang.

The final condition is for Lynas to end its research and development activities on the use of the radioactive WLP waste as soil conditioner for agriculture, and to present 0.5 per cent of annual gross sales previously allocated for the research to the Malaysian government as additional deposit until the “cracking and leaching” process is shifted abroad.

Locals employed by Lynas also benefit from the extended six-month period for operations. (Lynas Malaysia this month said it has created over 1,000 direct jobs and has spent more than RM600 million annually on the local economy).

Lynas Malaysia had earlier this month said Malaysia will not have to make environmental trade-offs as it operates in a safe and sustainable way, also expressing confidence it would be able to meet the conditions. 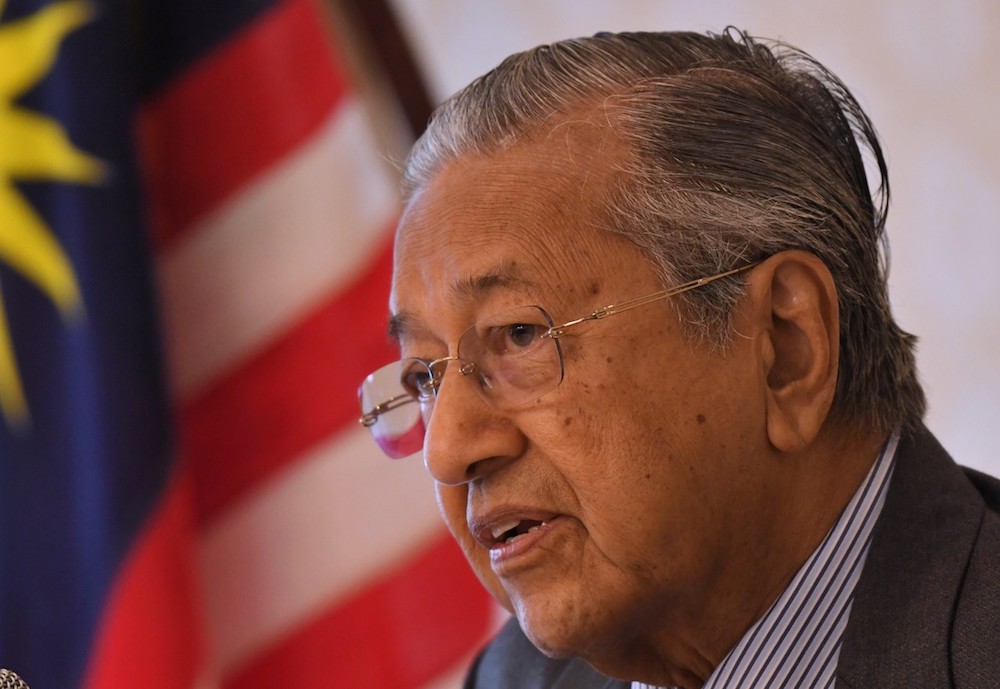 The Cabinet under Dr Mahathir's leadership had collectively agreed to the six-month extension with the three conditions for Lynas to fulfil. — Bernama pic

Although his colleagues within PH have maintained strong views against allowing Lynas to continue operating in Malaysia without removing the radioactive waste, Dr Mahathir appears to have steered the federal administration’s stance to a pragmatic position on Lynas amid restricted room for manoeuvre following the Australian rejection of the waste.

Forced to deal with costly legacy problems inherited from the BN administration and keen to maintain a business-friendly image after reviewing overpriced mega-projects, the Cabinet under Dr Mahathir’s leadership had collectively agreed to the six-month extension with the three conditions for Lynas to fulfil.

Dr Mahathir has defended the move to drop the insistence on waste removal for continued operations, saying on August 8 that foreign investors are watching and that the 600 locals hired by Lynas would not lose their jobs as opposed to if Lynas were to be shut down.

Dr Mahathir on August 18 also noted experts have said there was no danger in storing the waste in Malaysia, highlighting that the government has no choice as other countries did not want to accept the waste. 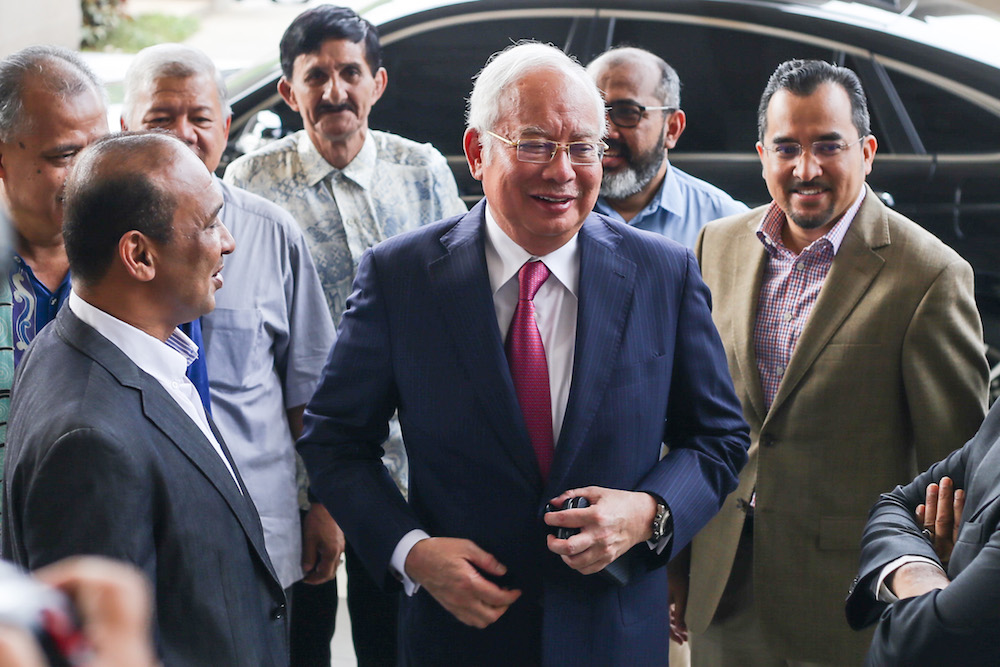 Najib had gleefully latched on to the Lynas issue to launch attacks against PH politicians who had protested against Lynas, particularly in the past when they were still in the federal opposition. — Picture by Ahmad Zamzahuri

Now with only his Pekan MP and BN adviser positions to tend to and court hearings to attend, the former prime minister has taken to actively mocking and trolling PH on his Facebook page.

Najib had gleefully latched on to the Lynas issue to launch attacks against PH politicians who had protested against Lynas, particularly in the past when they were still in the federal opposition.

When commenting on the Lynas plant which started operations during his tenure as prime minister, Najib insisted that Lynas had provided scientific arguments that the radioactive waste produced would not be harmful and felt that the country could take the risk as he believed there was no threat.

While taking potshots at PH, Najib had however admitted to feeling a “little concerned” about the waste and feeling it would be better if the waste could be shipped out to enable the public to feel safer. He said negotiations on the waste management was “hanging” and not concluded during his time in power. 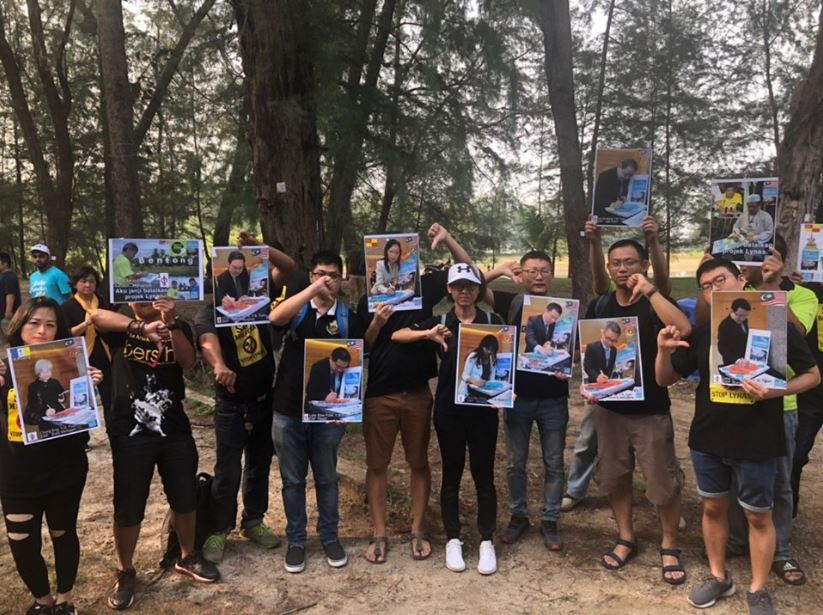 Although a check by Malay Mail showed that there is no mention of “Lynas” in PH’s election manifesto, the ruling coalition has nevertheless been accused by anti-Lynas activists of having broken Promise 39 (Balancing Economic Growth with Environmental Protection).

Many of those who have become ministers in Dr Mahathir’s Cabinet were singled out for their past high-profile public declarations of opposition against Lynas.

Upset by the government’s latest decision on Lynas, the Save Malaysia, Stop Lynas (SMSL) group has said it would send a message at the next elections over what it perceived to be a “U-Turn” move by PH. 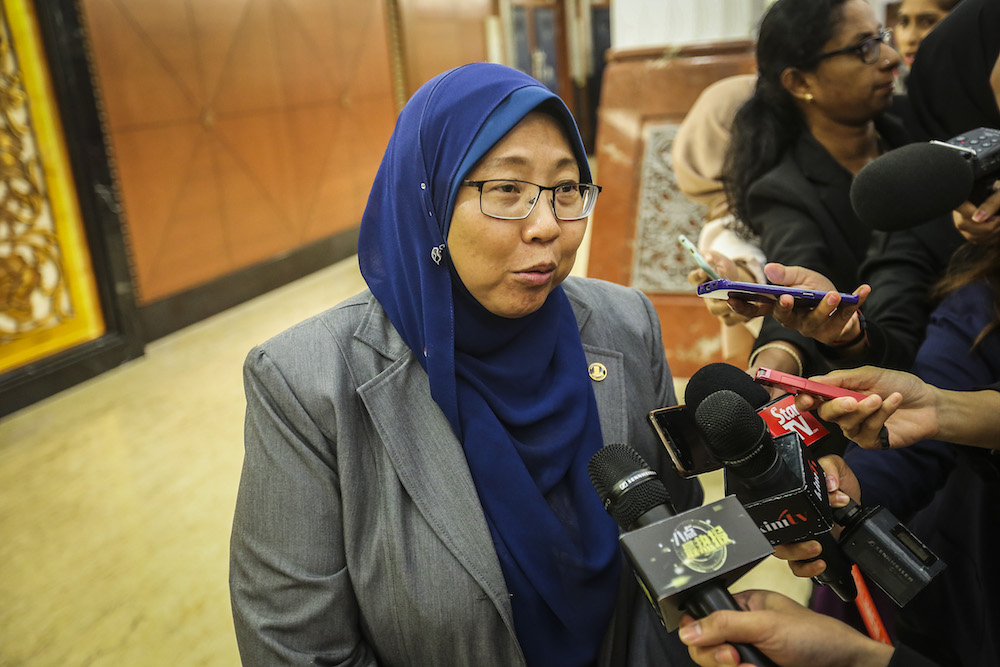 Bearing the worst brunt of the attacks online are perhaps Kuantan MP Fuziah Salleh (now also a deputy minister but not a Cabinet member) who had long opposed the Lynas operations in her constituency, and Bentong MP Wong Tack who was a prominent anti-Lynas protester and who has continued to publicly criticise Lynas and the government’s latest decision. 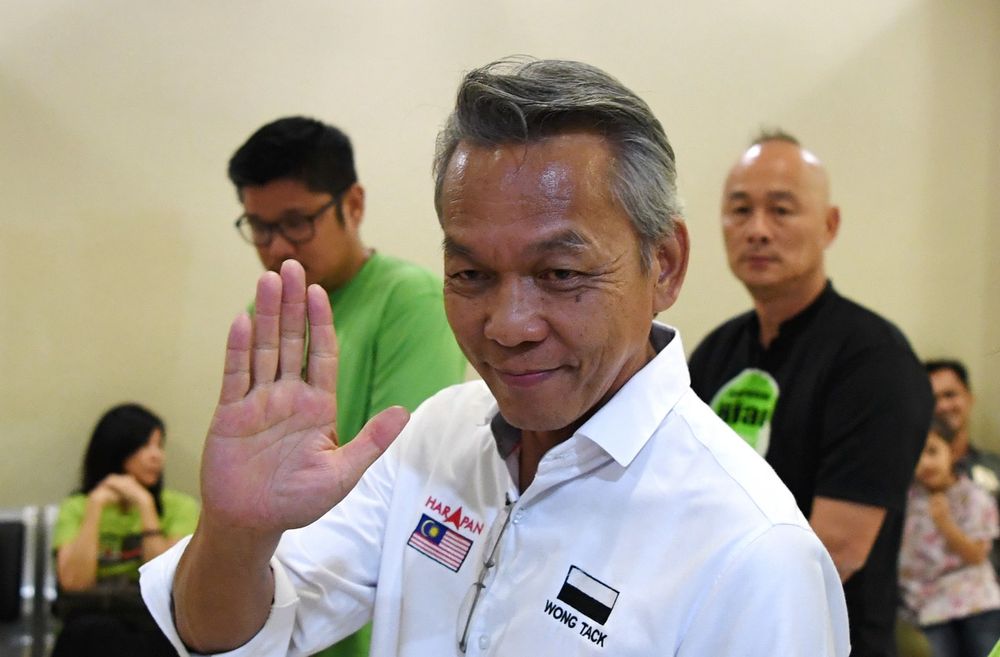 Bentong MP Wong Tack was a prominent anti-Lynas protester and has continued to publicly criticise Lynas and the government's latest decision. — Bernama pic

Voters in Pahang who are opposed to Lynas may feel let down by PH, which had campaigned heavily on issues such as environmental concerns in Election 2018.

Pahang or Malaysia loses out as well if Lynas does not secure approval to send the radioactive waste abroad and is allowed to continue operations with a local PDF, as the waste would be stored here. (Mestecc minister Yeo Bee Yin had in May noted that using a PDF is a safer option if the waste cannot be shipped out, but noted that land used for PDF would become permanently unusable.)

By August 15, 2019 when AELB granted Lynas the conditional six-month extension, the radioactive WLP accumulated had increased to over 580,000 metric tonnes of radioactive WLP.

It may not be a complete loss for civil society groups such as Sahabat Alam Malaysia, which had opposed the recycling of WLP as use for soil conditioner in agriculture due to food safety concerns and negative image. The six-month extension had required Lynas to stop pursuing the idea of WLP recycling.