Prime Minister Tun Dr Mahathir Mohamad and his wife Tun Dr Siti Hasmah Mohd Ali visit Pantai Tengah in Langkawi August 12, 2019, in the aftermath of a storm caused by Typhoon Lekima on August 9. — Bernama pic
Follow us on Instagram, subscribe to our Telegram channel and browser alerts for the latest news you need to know.

Although his programmes in Langkawi today are packed, Dr Mahathir drove a Lexus SUV himself to see with his own eyes the destruction caused by the storm.

Dr Mahathir, who is also Langkawi MP, spent about 15 minutes at the location.

Uprooted trees had been cleared away but damage involving business premises were still visible throughout the area.

On Friday, strong winds and a thunderstorm hit the area at about 7.45pm causing damage to business premises, uprooting trees, some of which hit vehicles, and leaving electrical cables lying on roads. — Bernama 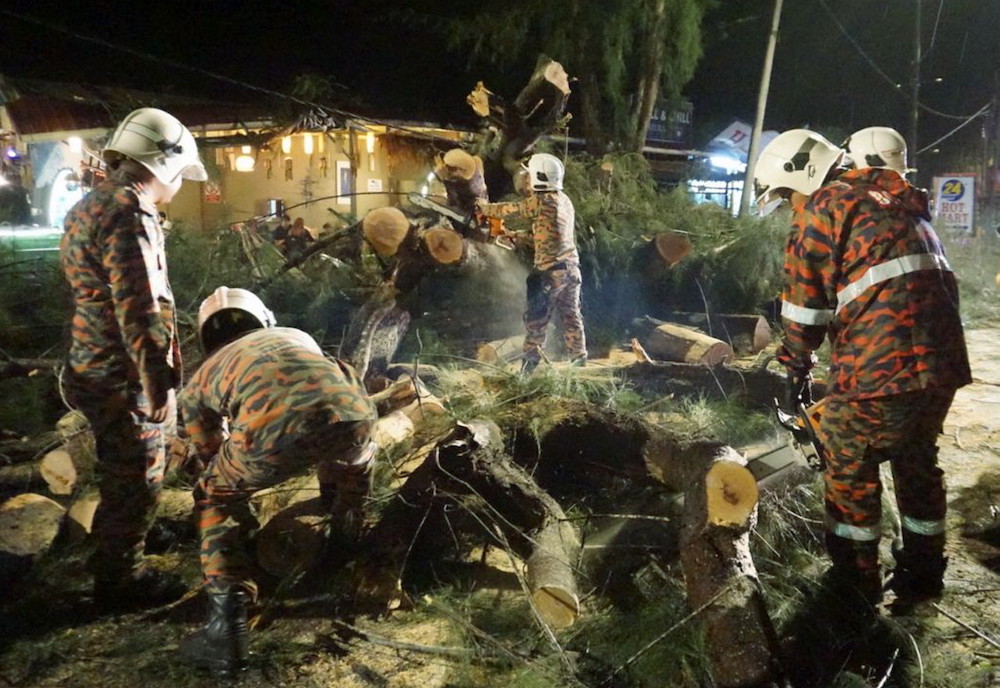