Irish teenager Nora Quoirin has been reported as missing since August 4, 2019. — Picture courtesy of Lucie Blackman Trust
Follow us on Instagram, subscribe to our Telegram channel and browser alerts for the latest news you need to know.
By SOO WERN JUN

Matthew Searle, the chief executive of the overseas crisis support group, said Quoirin’s family are with the local police now.

“This is a very vulnerable young girl missing in a remote location. She has been missing for over 24 hours now and it is imperative that every resource available is deployed to search for her,” Searle said in a statement.

“It is possible that she has been seen or taken in by somebody and is unable to communicate, so we urge everyone who can to share our appeal poster and social media appeals.

“Sadly it is also possible that Nora has been the victim of serious crime — we urge anyone with any information to come forward,” he added. 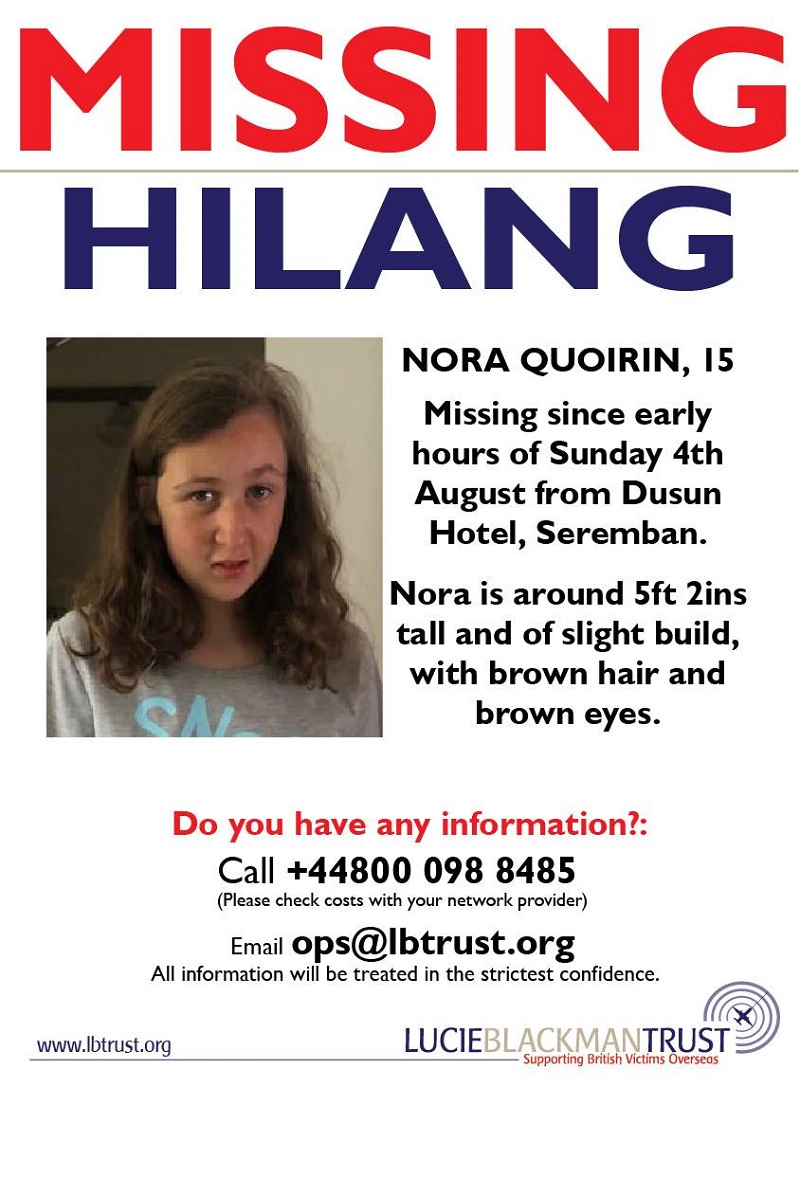 Nilai police chief Supt Mohamad Nor Marzukee Besar has since confirmed that police had received a report of a missing 15-year-old Irish girl at a resort in Pantai Hills, The Star reported.

“Based on preliminary police probe, the family comprising a couple and three children from Ireland had checked into the resort at 7am on August 3.

“However the family found one of the children named Nora Anne missing from her room at 8.30am the following morning,” he said, after a missing persons report was lodged by the family.

A police team assisted by personnel from the Fire and Rescue Services Department had conducted a search in the area.

However, they have yet to find the missing girl.

“We are continuing with the search and we have also informed all district police chiefs to help out,” he added.

Since the news broke yesterday, the family of missing 15-year-old Irish girl, Nora Quoirin, has appealed today for help in locating her.

The family has also set up an email address for information leading to her safe return: [email protected].

The Lucie Blackman Trust, in supporting the family has provided a hotline and email address for those with information to call or write in: either call +448000988485 or email [email protected].

Yesterday, BBC reported that Quoirin, daughter of Irish-French couple, who arrived from London with her family on Saturday, was here for a two-week trip.

Quoirin disappeared during their stay at The Dusun a tropical rainforest resort in Seremban, 63-km south of Kuala Lumpur.

Her father raised the alarm when he discovered her missing from her bedroom at 8am yesterday.

According to BBC, a family friend had described the disappearance as “completely out of character” and said Quoirin’s parents were “frantic”.

The friend said the family had checked into their hotel, went to bed but when they woke up, Quoirin was not in her room and the window was open. 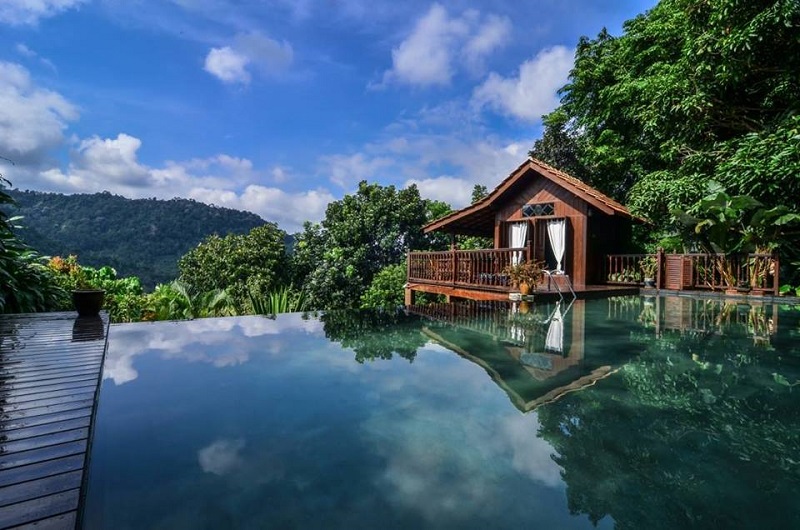 Nora Quoirin disappeared during their stay at The Dusun a tropical rainforest resort in Seremban, 63-km south of Kuala Lumpur. — Picture via Facebook/The Dusun

In a separate statement, the management of The Dusun said it is working with the police to find Quoirin.

“Our staff had carried out search on our 12-acre property on Sunday morning and then joined the police on their search of the surrounding area until 3am (Monday).

“We appeal to the community of Pantai Hills and to the wider community to contact the Pantai police with any information they may have,” it said on its Facebook page today.

* An earlier version of this story contained errors which have since been corrected.