The Red Granite Pictures producer, the son of Datin Seri Rosmah Mansor and stepson to her husband and former prime minister Datuk Seri Najib Razak, is the third person in the family to be charged.

Najib and Rosmah are already facing a litany of similar money-laundering and other corruption charges.

Riza arrived at the Kuala Lumpur Court Complex at about 8.15am while his step-siblings, Nooryana Najwa Najib and Norashman Najib, were spotted as early as 8.30am in the premises.

Riza was arrested yesterday at noon by the Malaysian Anti-Corruption Commission (MACC), but was released on bail the same day.

His charges were read out before Sessions Court judge Rozina Ayob.

Riza pleaded not guilty to each of the five charges under Section 4(1)(a) of the Anti-Money Laundering and Anti-Terrorism Financing Act 2001 (AMLATFA).

“Understand. Not guilty. Claim trial,” he said in a clear and calm voice as each of the charges were read out.

Each of the charges are punishable with a maximum RM5 million fine or maximum five-year jail term or both.

Both Norashman and Nooryana were present in the courtroom when the charges were read and the bail conditions were set, while other family members such as Najib and Rosmah were not present.

Sri Ram proposed bail to be set at RM1 million with two bailors and with Riza’s passport to be surrendered to the court.

Hariharan told the court that their client accepts the bail amount offered. But Kumaraendran pled for time, suggesting payment of the RM1 million bail in instalments with RM500,000 to be paid today and the rest to be paid by next Monday or Tuesday.

The judge however disagreed with the request for the RM1 million bail to be paid in instalments.

“It’s not practical for the administration of the court... It’s still early morning, I think you can raise that amount,” Rozina said.

Sri Ram also stood up to oppose the payment by instalment.

Riza then informed the judge that he has “no valid passport”, while Kumaraendran said there is already a travel ban imposed on his client.

The judge then granted bail at RM1 million with two Malaysians as bailors, and ordered that his passport be surrendered to the court and for a travel ban to be imposed on him until a decision is reached in this money-laundering case.

Kumarendran said the two bailors Azizan Osman and Nor Izham Puteh are not Riza’s relatives, while Riza’s other lawyer Azrul said they are close family friends.

The judge had asked if there were relatives willing to be Riza’s bailors.

The court fixed August 9 for mention.

The entire case’s proceedings, which started a few minutes after 9am, ended in about 20 minutes.

When contacted before noon, Riza’s lawyer Geethan confirmed that his client had posted bail.

Riza was seen leaving the courtroom at around 11.30am. 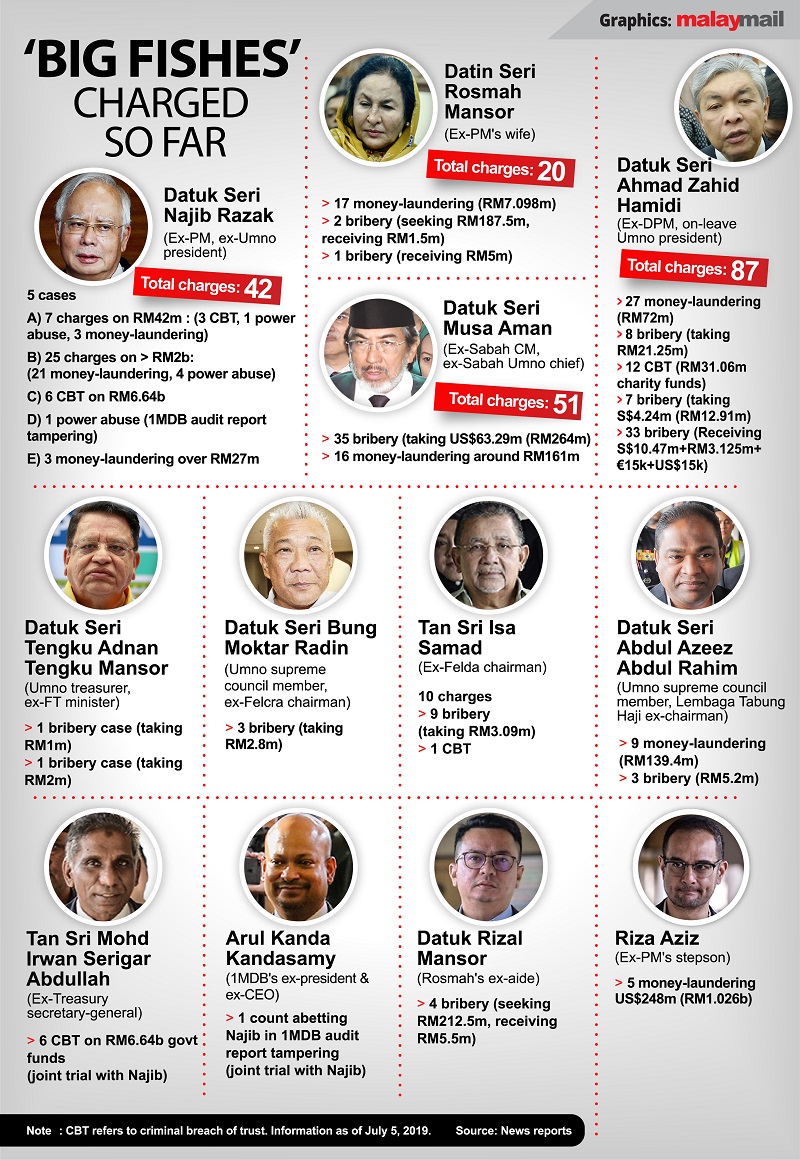