KUALA LUMPUR, May 8 — Datuk Seri Najib Razak will challenge the two civil forfeiture suits filed by Putrajaya and the police against him and several others, said his lawyer Tan Sri Muhammad Shafee Abdullah.

Shafee said the filing of the suits was “rushed” and unfair to his client.

“We are going to resist and challenge it (the suit). I don’t think they can do that,” he told Malaysiakini.

Earlier today, it was reported that Putrajaya and the police have initiated legal action to forfeit property, jewellery, luxury goods, vehicles and other valuables seized during raids on Najib last year over the 1MDB corruption scandal.

According to The Edge Markets, two notices of the civil forfeiture action were submitted to the High Court yesterday informing it of the intent to take ownership of the items Najib and his wife, Datin Seri Rosmah Mansor, were suspected of obtaining using stolen 1MDB funds.

The news outlet said it learned that the first notice was for an unnamed property in the Klang Valley and goods such as jewellery, designer handbags, watches, and sunglasses valued at RM680 million.

Another motion was for the intended forfeiture of 27 luxury vehicles, watches, bags and money contained in 29 bank accounts, all of which amounted to RM31 million in appraised value.

Police had raided luxury condominiums at the Pavilion Residences and Najib’s personal mansion in Langgak Duta, both here.

The law mandates that such confiscations expire after 12 months from when the items were first taken, which would come into effect in this case on May 16.

Najib’s main trial over the 1MDB scandal has yet to start as he is currently facing charges over funds allegedly misappropriated from SRC International, a former unit of the state investment firm.

He further said the appraised cost of 12,000 pieces of jewellery alone to be RM440 million, with their market price estimated at between RM660 million and RM880 million. 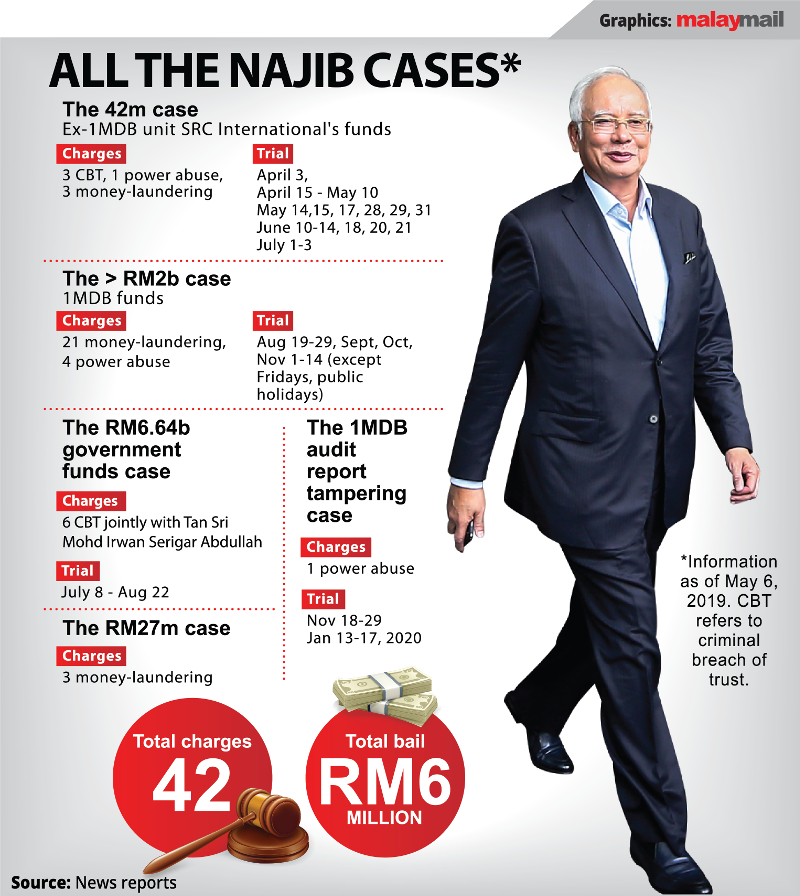