Nooryana Najwa Najib and her husband Daniyar Kessikbayev (left) accompany her mother Datin Seri Rosmah Mansor to the Malaysian Anti-Corruption Commission in Putrajaya June 5, 2018. — Reuters pic
Follow us on Instagram, subscribe to our Telegram channel and browser alerts for the latest news you need to know.
By By Jerry Choong

KUALA LUMPUR, May 8 — Former prime minister Datuk Seri Najib Razak has claimed that the items confiscated from his house on May 18 last year actually belonged to his daughter, and not him.

He said this is the case as his daughter’s mother-in-law was married to a man considered one of the richest in his home country of Kazakhstan for 10 years.

“My daughter’s mother-in-law and her child also live with us. Many things confiscated by the police belong to them, including presents my daughter and her husband received,” Najib said in a Facebook post.

Although he did not mention his daughter’s name, Najib is referring to Nooryana Najwa and her husband Daniyar Kessikbayev, who tied the knot in March 2015.

Kessikbayev is the nephew of former Kazakhstan president Nursultan Nazarbayev, who recently stepped down from office in March after nearly 30 years in power.

Najib claimed that Kessikbayev’s mother, noted Kazakh socialite Maira Nazarbayeva, had spent up to US$75 million (RM311 million) of her ex-husband’s money to buy jewellry from just one jeweller during their marriage.

He attached a news article to his Facebook post which said that in 2013 Nazarbayeva’s ex-husband, oligarch Bolat Nazarbayev, accused her of purchasing the jewellery from Jacob and Co.

The report also said Nazarbayev was pursuing a lawsuit against her and her son from another marriage on grounds they duped him out of a 4,000 sq ft apartment in New York worth US$20 million (RM83 million).

Najib said the items confiscated can only be held for three months, according to law, but could be extended once for an additional nine months by the Attorney General’s Chambers.

“The confiscation date will expire in 10 more days, after which the items must be legally returned if the authorities fail to prove they were purchased using illegitimate funds and have filed no charges on the ownership of said items.

“Until today there have been no charges laid. However, Pakatan Harapan has used the seizure of the assets as a very cruel propaganda tool to humiliate me by accusing me of obtaining money and the items from illegitimate activities or 1MDB,” he said. 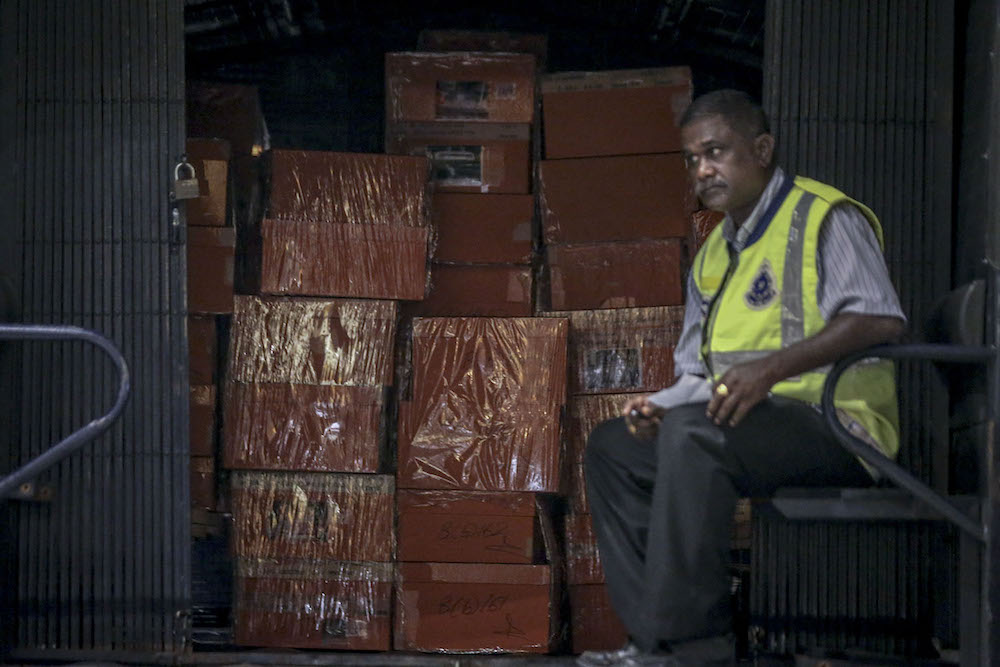 An investigator guards sealed boxes believed to contain luxury designer bags in a Black Maria outside Pavilion Residences in Kuala Lumpur May 18, 2018. — Picture by Hari Anggara

Najib dismissed the claim that the seized items amounted to RM1 billion.

“Having served as an MP for 43 years, then a minister, former deputy prime minister and then prime minister, I had the chance to meet and get to know many friends and royals both within and outside the country.

“In that time my family and I have been given all sorts of gifts at their events, including weddings, anniversaries and birthdays,” he said.

Najib cited one gift from the King of Saudi Arabia, a portion of the kiswah cloth that adorns the Ka’aba in Mecca said to be worth US$20 million (RM83 million), which he said was actually worth more as it was a personal gift to him from the king.

“Yet as with the rest of their propaganda and their slander, Pakatan cannot and is incapable of proving this as every donation received was recorded, listed down and investigated to their satisfaction.

“If returned, certainly it will prove me to not be corrupt, or having purchased the items using 1MDB money or other illegitimate sources of money,” he said. 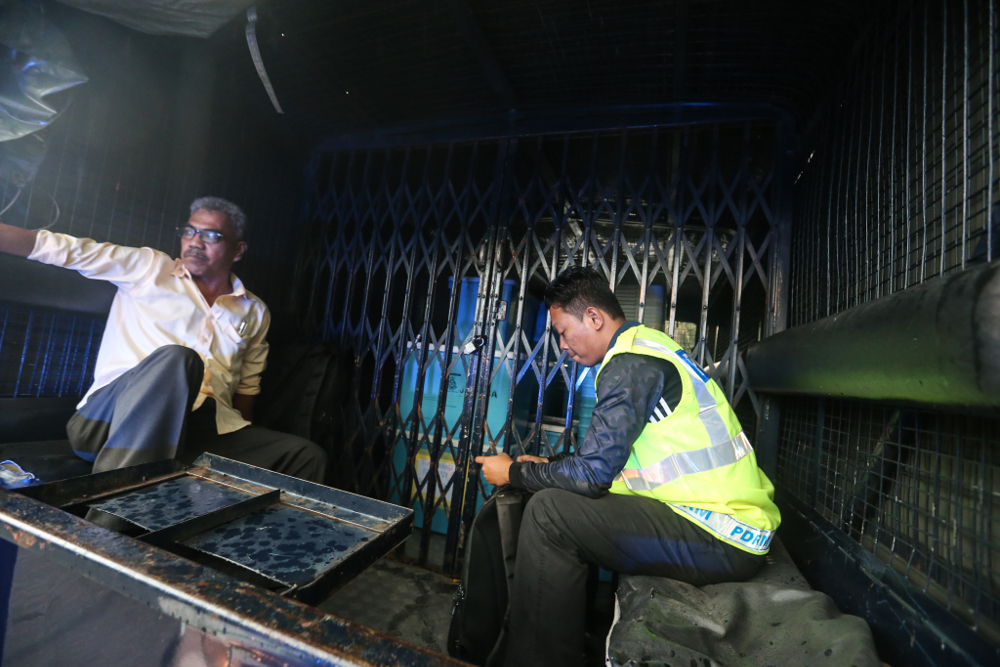 Earlier today, it was reported that Putrajaya and the police have initiated legal action to forfeit property, jewellery, luxury goods, vehicles and other valuables seized during raids on Najib last year over the 1MDB corruption scandal.

According to The Edge Markets, two notices of the civil forfeiture action were submitted to the High Court yesterday informing it of the intent to take ownership of the items Najib and his wife, Datin Seri Rosmah Mansor, were suspected of obtaining using stolen 1MDB funds.

The news outlet said it learned that the first notice was for an unnamed property in the Klang Valley and goods such as jewellery, designer handbags, watches, and sunglasses valued at RM680 million.

Another motion was for the intended forfeiture of 27 luxury vehicles, watches, bags and money contained in 29 bank accounts, all of which amounted to RM31 million in appraised value.

Police had raided luxury condominiums at the Pavilion Residences and Najib’s personal mansion on Langgak Duta, both here.