InspectorGeneral of Police, Tan Sri Datuk Seri Mohamad Fuzi Harun, speaks during a press conference at the launch of the Brickfields District Police Headquarter in Kuala Lumpur April 29, 2019. — Picture by Miera Zulyana
Follow us on Instagram, subscribe to our Telegram channel and browser alerts for the latest news you need to know.
By By Jerry Choong

He said the investigation was prompted by several complaints over the forum filed with the police, without disclosing the number of reports received.

“The investigations will fall under the Sedition Act,” the outgoing IGP told reporters after officiating the new Brickfields district police headquarters along Jalan Travers here.

Fuzi said police will soon call in several individuals involved in the forum, including its organisers, to record their statements.

He did not name those to be called.

Yesterday, Brickfields police chief Assistant Commissioner Ruslan Khalid told Malay Mail that at least two complaints had been filed against veteran PKR politician Syed Husin Ali who was among the panellists at the UM forum; one at the Pantai police station here and another in Tapah, Perak.

At that time, Ruslan declined comment when asked if the former PKR deputy president was being investigated under the controversial Sedition Act or another law.

Nazrin in his police report, alleged that Syed Husin has uttered seditious statements that may incite hatred against the Malay royal institution. 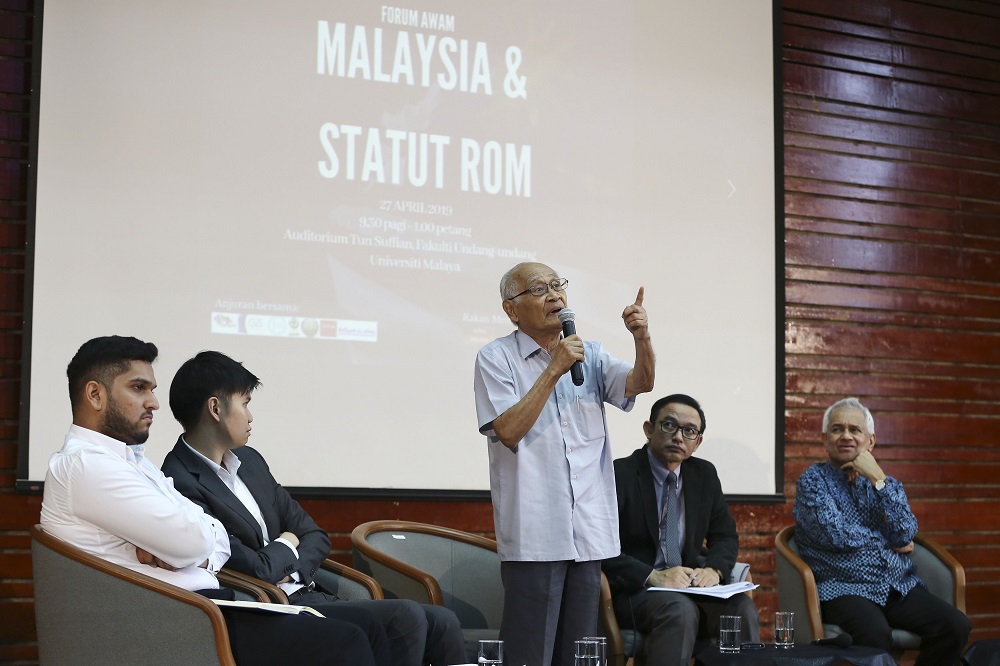 In his speech, Syed Husin had claimed that there had been increasing criticism over the years about the role of the Rulers in politics and business, as well as questions raised about the cost to the Malaysia economy in maintaining nine royal households, so much so that some sections of society had even questioned the need for royalty.

The forum last Saturday was held to debate the merits of the paper presented by four local academics to the Malay Rulers on the Rome Statute of the International Criminal Court, which Malaysia had intended to ratify but later withdrew.

The four academics had claimed Malaysia’s ratification could lead the Yang di-Pertuan Agong as supreme commander of the armed forces to be persecuted for war crimes, which would affect the Malay royal institution, despite arguments otherwise from the Attorney-General.

The foursome were invited to the forum but did not attend.