Rokiah showing a picture of her son, Rahimi Ahmad, who was injured in the mass shooting in New Zealand. — Picture by Opalyn Mok
Follow us on Instagram, subscribe to our Telegram channel and browser alerts for the latest news you need to know.
By By Opalyn Mok

GEORGE TOWN, March 15 — Malaysian Rahimi Ahmad, one of the victims in the Christchurch shooting in New Zealand earlier today, is in critical condition, his wife told his family here in a long distance phone call.

Bayan Lepas assemblyman Azrul Mahathir Aziz, who visited Rahimi’s mother at Kampung Binjai here, made a long distance call to Rahimi’s wife, Norazila Wahid, 39, while he was there.

Norazila told the family that doctors had removed bullets from Rahimi’s abdomen and that he is in “critical condition.”

“He will be undergoing another surgery to remove bullets from his spine tomorrow,” she said during the phone call.

“When I heard about the mass shooting, I tried calling my daughter-in-law but I could not contact her and I was so worried because he goes to a mosque near his house which looked like the mosque in the news,” she recounted in between tears.

She said she was sure Rahimi would be there for Friday prayers and became very worried when she could not get any information on what had happened to him.

Rokiah said Rahimi, the third of five siblings, is a very jovial person and often kept in touch with them.

“He told us he wanted to come back home next year to renovate our home here,” she said.

The family lives in a kampung house near the airport in Bayan Lepas.

Rahimi, 36, left Penang to work as a technician at a factory in New Zealand four years ago while Norazila was studying medicine there.

The couple has two children, a son aged 11 and a daughter aged 9. 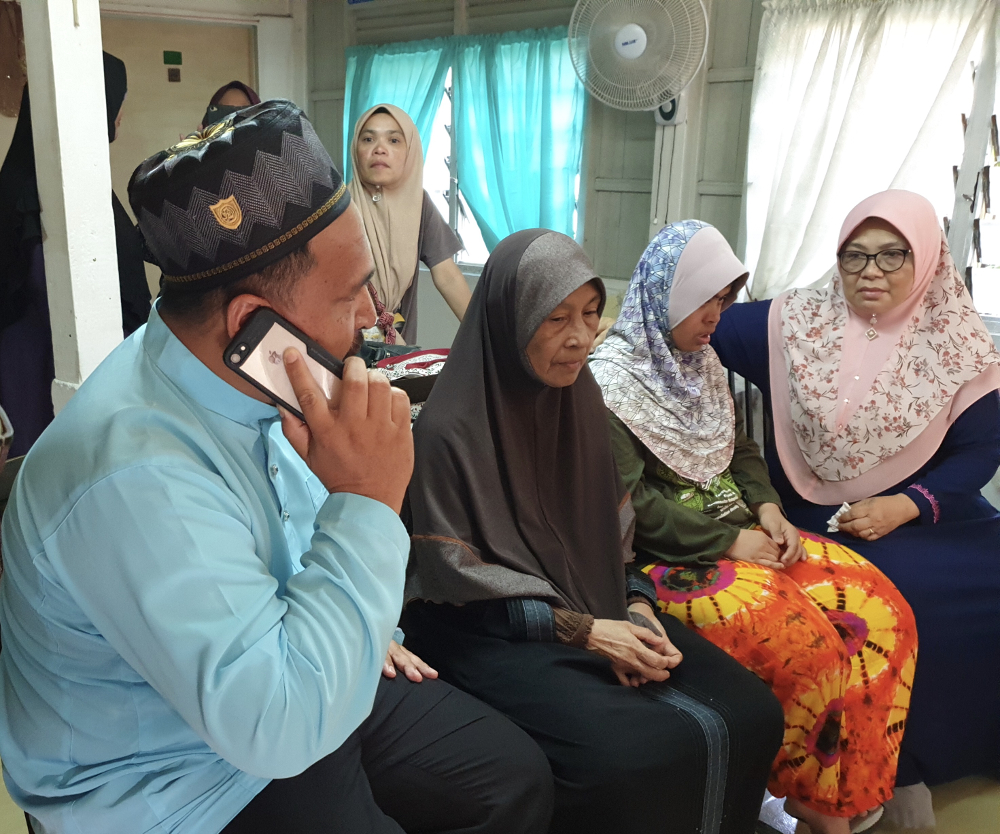 Azrul (left) speaking on the phone with Norazila as Rokiah (second from left) and relatives waited for updates Rahimi Ahmad. — Picture by Opalyn Mok

Azrul said arrangements are now being made for Rokiah and Rahimi’s brother, Roshidi, to fly to New Zealand to visit Rahimi at the hospital.

“State exco Phee Boon Poh, Deputy Minister of Foreign Affairs Datuk Marzuki Yahya and I will arrange for flight tickets to send them to New Zealand tomorrow,” he told reporters after speaking with the family.

Up to 49 people were shot dead and dozens injured in a mass shooting in two mosques in Christchurch during Friday prayers earlier today.

The Malaysian High Commission in Wellington reportedly confirmed that two Malaysians were injured and are receiving treatment at the hospital.