Taiping with her newborn calf. The baby was born on December 30 and now weighs between 80kg and 90kg. — Picture courtesy of Taiping Zoo
Follow us on Instagram, subscribe to our Telegram channel and browser alerts for the latest news you need to know.
By By Sylvia Looi

The new babies, an elephant and African spoonbill bird, were introduced to the media today during a preview at the zoo.

“Now the zoo has nine elephants and three spoonbill birds,” he said.

In a statement here today, Rahim said the male calf was born to a 12-year-old cow named Taiping.

With the birth of the calf, the zoo has seven cows and two bulls, including the newborn.

“This is the fifth elephant birth at the zoo,” added Rahim. 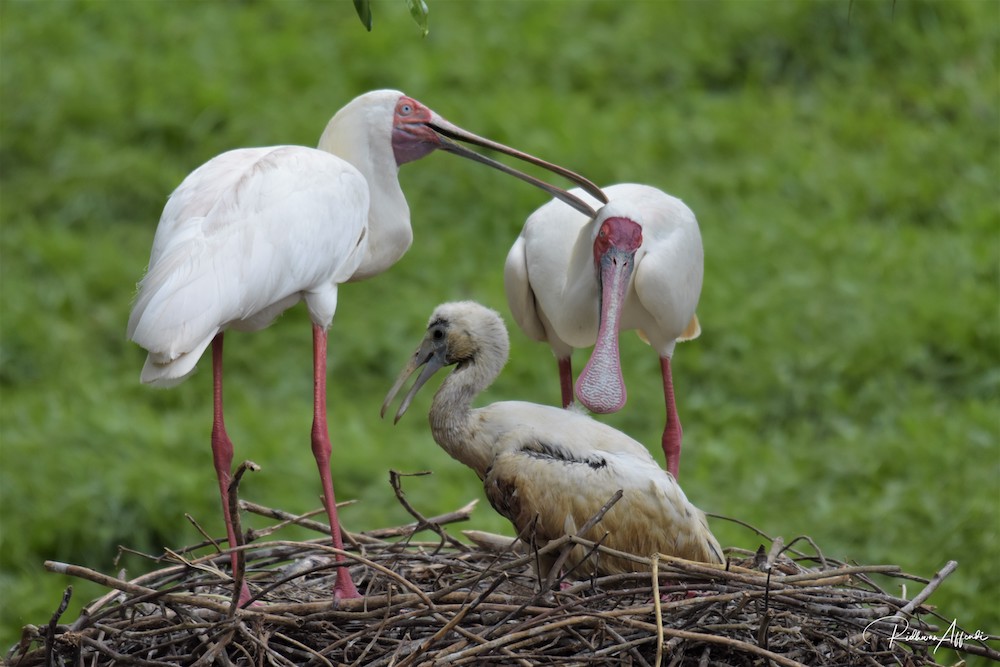 For the spoonbill bird, Rahim said this was the second time the zoo has recorded a new arrival for the species since 2003.

“The zoo now has three spoonbill birds, including the newborn whose sex has yet to be determined,” added Rahim.

Rahim said 2018 was a busy year for the zoo with several births being recorded.

December and October were the busiest with four and five births recorded respectively.

“The new births are a precious achievement that will guarantee the sustainability of wildlife population,” said Rahim.