Better to tax high-sugar food instead of soda only, think tanks say

Malaysia is considering a tax on soft drinks, but it may not be enough to push Malaysians to reduce their sugar consumption. ― Bernama pic
Follow us on Instagram, subscribe to our Telegram channel and browser alerts for the latest news you need to know.
By By Ida Lim

KUALA LUMPUR, Sept 4 ― Malaysia may have limited success in fighting obesity and related health problems if only soft drinks are taxed as consumers can still imbibe other food and beverages with high sugar content, several research outfits said.

Penang Institute said the effectiveness of a soda tax hinges on whether or not the tax rate is significant enough to make consumers cut down their intake of sugary carbonated drinks.

“With soda tax, a rational consumer may shift his sugary consumption to other sugary food and beverages if soda tax is not sufficiently significant,” Penang Institute's Socio-economic and Statistics Programme told Malay Mail.

It noted that soft drinks are priced much cheaper than drinking water in some countries, causing them to impose sugar tax as high as 50 per cent (United Arab Emirates), 42 per cent (Norway) and 10 per cent (Mexico).

“Therefore, the rate of the soda tax has to take into account the price of substitute food and beverages,” the think tank said.

The soda tax would also have limited effectiveness as it would not be easy to implement in food outlets that prepare their own drinks using sugar, it said.

“Furthermore, the effectiveness of implementing soda tax is largely dependent on the price of other sugary foods such as ice-cream, biscuits, and other junk foods, which also contains high levels of sugar,” it said, pointing out that consumers searching for alternatives to sugary drinks may opt for drinks that use artificial sweeteners, such as aspartame.

The think tank said the government should expand the tax to include beverages where sugar is added, like fruit juices and iced teas. 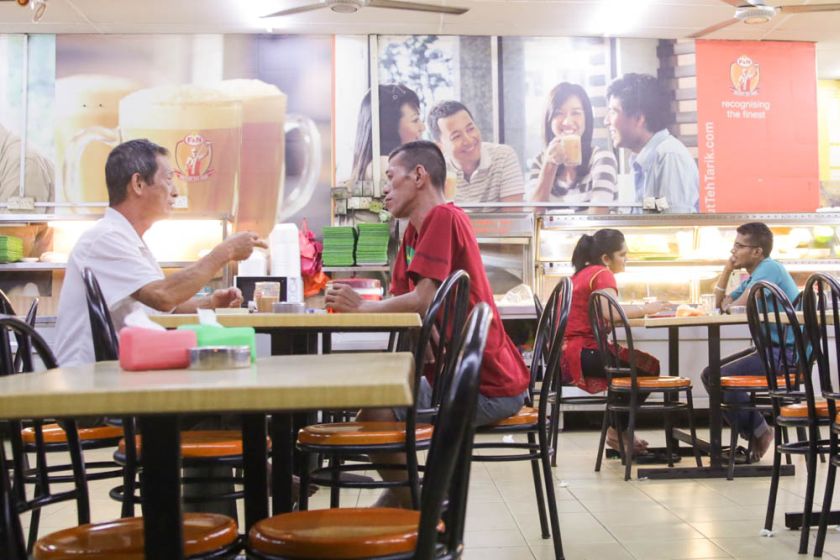 The benefits of having a soda tax will be lost if Malaysians replace soft drinks with other sugary drinks like teh tarik. ― Picture by Choo Choy May

It would be effective on consumers who cut down their sugar intake while still young, or those who aren’t habitual drinkers.

“If they switch to or increase consumption of sugar-sweetened beverages such as teh tarik or kopi susu, then the gains are potentially lost,” he told Malay Mail, referring to two popular drinks consumed locally.

Citing countries with soda tax such as Chile and Mexico, he said the short-term result would be those aged 13 to 30 drastically cutting their sugar intake by up to 80 per cent more than the average consumer, while those who are older and used to a high-sugar diet would likely keep their habits as they are relatively unaffected by higher prices and already have a strong preference for sugar.

“Long term, the situation will normalise and consumers may very well end up buying the same amount of soda drinks but paying more,” he said. 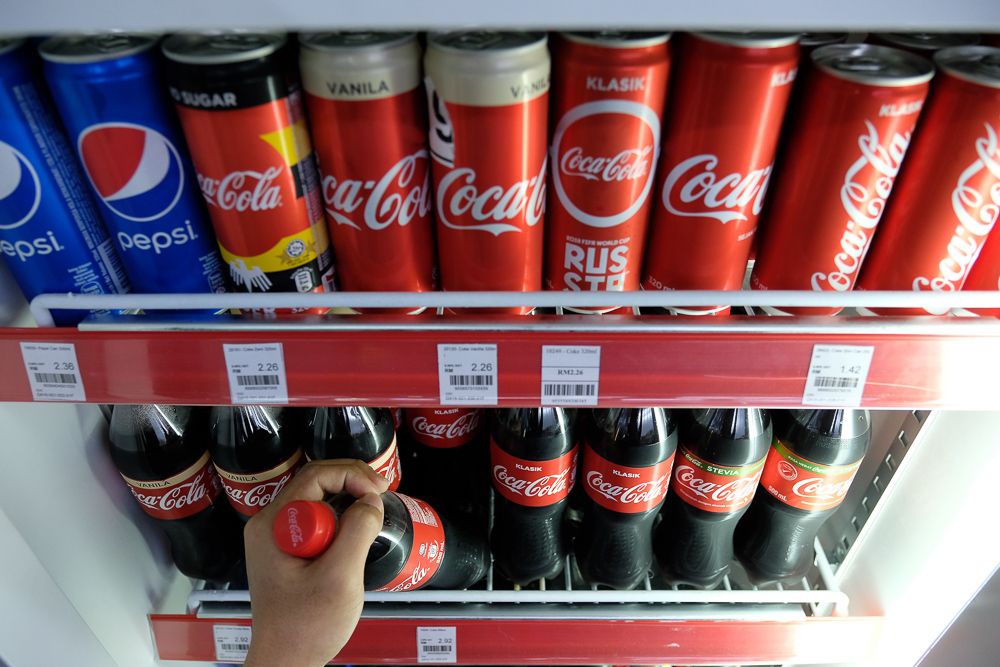 Soft drinks that are not sweetened with sugar but with artificial sweeteners are already available in Malaysia. ― Bernama pic

Nirmalah Thurai, who chairs a 76-member food and beverages manufacturers' industry group, said the Federation of Malaysian Manufacturers-Malaysian Food Manufacturing Group (FMM MAFMAG) has yet to receive any official notification from the government on a soda tax and expressed reservations on the effectiveness of such a tax.

“FMM MAFMAG have reservations on selective taxation such as a ‘soda tax’ as there is no clear evidence that they are effective in combating obesity and NCDs.

“We support a holistic and collaborative approach to combat obesity and NCDs; which is a far more effective solution than selective taxation,” the group told Malay Mail, referring to non-communicable diseases.

“Policymakers should identify the actual cause of obesity and NCDs in Malaysia, and only then adopt policy interventions to tackle them,” the group said.

Noting that selective taxation has far-reaching effects, the group also expressed hope that any such policies adopted by the government would be “preceded by a rigorous and thorough impact analysis; as well as early consultation and close collaboration with all stakeholders to secure more market-friendly, efficient and effective solutions”.

But Nirmalah also said FMM MAFMAG members have over the years taken steps to promote healthier food choices, such as by supporting the Health Ministry’s Malaysian Healthier Choice Logo (HCL) that was introduced last year.

The industry group’s members had reformulated over 281 food and drinks products to meet the stringent and internationally benchmarked HCL nutrient criteria, and will be launching more new HCL-compliant products. 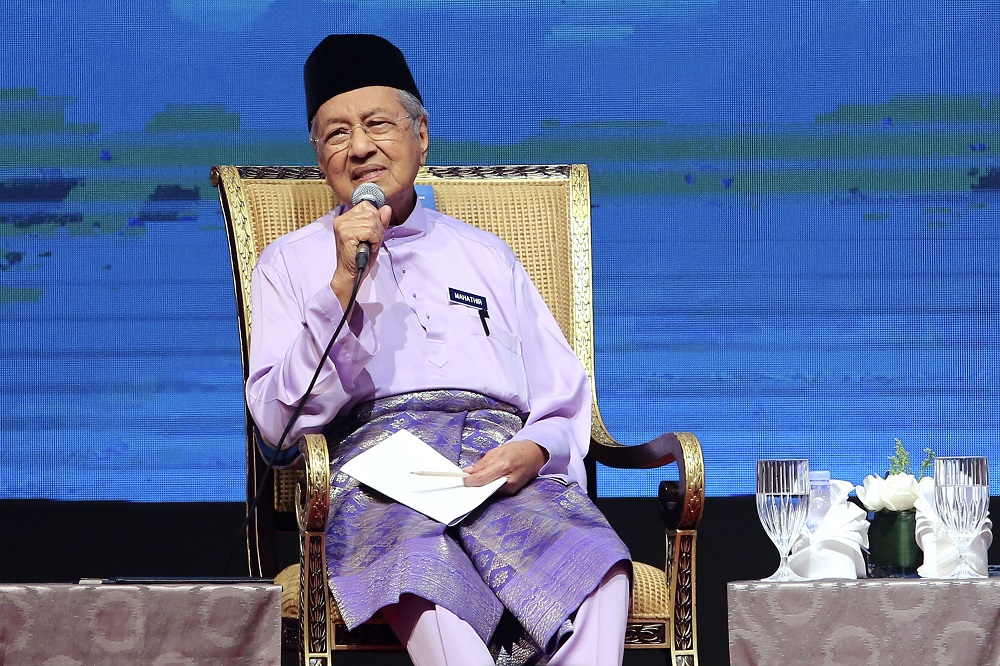 The Academy of Sciences Malaysia (ASM) said the proposal for a soda tax is a move in the right direction to address Malaysia's obesity problem, which has been linked to multiple chronic diseases such as hypertension, heart disease, diabetes and cancer.

Noting that much evidence has shown how soda and other high-calorie, nutrient poor drinks contributed to the global obesity epidemic, ASM said many nations have implemented soda tax or sugar tax and the World Health Organisation had recommended a reduction in consumption of sugary drinks to tackle unhealthy weight gain.

The prime minister recently said the government is considering imposing a soda tax to reduce Malaysians' consumption of sugar which he linked to diabetes. The government has been mulling such a tax over the past few years and had even set a target in the National Plan of Action for Nutrition of Malaysia III (2016-2025) to introduce an unhealthy food tax by 2020.

As for government policy on sugar, Putrajaya had in October 2013 abolished the 34 sen sugar subsidy. But it has also decided to lower the ceiling price for sugar by 10 sen/kg from September 1.

Local refiners have accepted the decision despite the potential impact on their earnings, highlighting however that sugar prices in Malaysia are even lower than that in sugar-producing nations in the region and also neighbouring nations with lower per capita income.