A modest proposal: A call for Malaysia to sign on to the ICESCR

Thailand has a low overall birthrate of just 1.5 or 1.6 births per woman, showing that access to contraception is not the problem. — AFP pic
Follow us on Instagram, subscribe to our Telegram channel and browser alerts for the latest news you need to know.
By By Edmund Bon Tai Soon

OPINION, Dec 16 ― These days, to anyone who reads the news, our beloved country seems to be lurching from crisis to crisis.

According to some, a dictatorship is upon us; to others, the entire race and religion of the majority, i.e. approximately 50 per cent of the population, is under threat and being disrespected every day.

Against this background, there is something which may seem clear enough from a rights perspective to unite us.

All political leaders, government officials, and citizens who are proud of Malaysia’s achievements, and committed to making greater progress, in health, education, and worker rights, should support our immediate accession to the International Covenant on Economic, Social, and Cultural Rights or better known as the “ICESCR”.

Those “obscure” treaties at the United Nation

In 1995, Malaysia acceded to the Convention on the Elimination of All Forms of Discrimination against Women Malaysia (CEDAW). 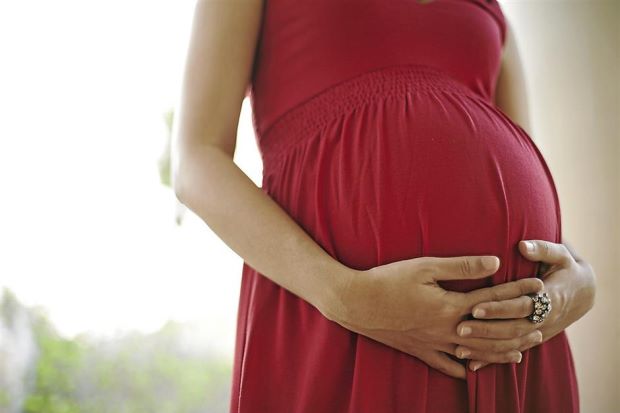 According to CEDAW, the refusal to employ a woman on the grounds of pregnancy alone was a form of gender discrimination and therefore unconstitutional under Article 8 of the Federal Constitution. ― File pic

In 2011, the High Court ruled in favour of Noorfadilla Ahmad Saikin, who had alleged unlawful termination of her appointment as a temporary teacher upon her pregnancy.

High Court judge, Her Ladyship Datuk Zaleha Yusof, referred to the provisions of CEDAW and ruled that the refusal to employ a woman on the grounds of pregnancy alone was a form of gender discrimination and therefore unconstitutional under Article 8 of the Federal Constitution.

Noorfadilla was then awarded RM300,000 in damages, and more in compensation.

CEDAW alone would not have clinched the argument, if fair treatment of women and love of the family were not also ingrained in our creed and culture.

Societies interact in dynamic ways with human rights principles set out in international conventions, both resisting and finding sustenance in them.

The Education Ministry might have been disappointed with the ruling initially, but it was a win for our Ministry of Women, Family and Community Development.

Giving grants and sponsoring campaigns to raise productivity and encouraging more women to join the workforce are good initiatives, but the court’s ruling powerfully set the right tone and atmosphere in workplaces across the country.

Similarly, Malaysia is more than ready to accede to the ICESCR.

The Universal Declaration of Human Rights (UDHR) was adopted at the UN in 1948, and established two main categories of rights, namely (i) civil and political rights, and (ii) economic, social, and cultural rights.

The ICESCR was adopted in 1966 at the UN and came into force in 1976. A total 164 countries have acceded to the ICESCR and six have signed but not ratified it.

Malaysia is one of the 27 countries that has not taken action.

In short, the ICESCR calls on signatories to ensure the equal rights of men and women to the enjoyment of all economic, social and cultural rights (ESCR) set out in the Covenant.

These include the right to:

― Work, including the availability of technical and vocational training programmes, just and safe working conditions, equal pay for equal work, and the ability to form trade unions.

― Family life, including parental leave and protection of mothers and children.

― Adequate standard of living, with sufficient food, clothing, and housing.

― Health, to the highest attainable standard of physical and mental health.

― Education, provision of compulsory and free primary education, and the availability of further education.

― Participation in a cultural life and enjoyment of the fruits of scientific progress.

If we ask our man on the street to describe human rights, he is likely to cite examples of civil and political rights (CPR); if we enquire on his immediate concerns, he is likely to talk about his livelihood, children’s education, health costs, housing etc.

The latter are the very human rights issues covered under the ICESCR.

The misperception that human rights is only about taking to the streets is partly because the West tends to emphasise civil and political rights in its foreign policy towards developing countries, so much so that some citizens view “human rights” suspiciously as almost alien values and a tool of nefarious intervention.

Infringements of such rights also tend to be so acute as to call for immediate and high-profile condemnation.

NGOs tend not to sufficiently focus on ESCR, because they are hard to monitor and enforce due to the nature of the rights which questions the government’s resource allocation.

Little funding is forthcoming for NGOs as the issues are not as “sexy” as mass protests against a government.

The truth is, the two sets of rights ― CPR and ESCR ― are conjoined twins: one cannot flourish while the other languishes.

No loss, and significant gains to be had.

First, Malaysia in many instances recognises and fulfills ― to varying degrees ― the major ESC rights.

Our laws on education, healthcare, social security, employee’s rights, etc, are in place although implementation is not at its best.

Signing on to the ICESCR would hopefully promote improvements in the areas where we critically fall short, through regulatory and legislative reforms, better enforcement, and international assistance and cooperation.

According to the World Bank, Malaysia was one of 13 countries identified by the Commission on Growth and Development in its 2008 Growth Report to have recorded average growth of more than 7 per cent per year for 25 years or more.

Economic growth was inclusive, as Malaysia succeeded in nearly eradicating poverty: the share of households living below the national poverty line ― US$8.50 (RM36.63) per day in 2012, fell from over 50 per cent in the 1960s to less than 1 per cent currently.

If we are said to be meeting many of the ICESCR’s goals, why should we not step up on the international arena and be seen to be proud of what we have achieved or are achieving?

Second, the ICESCR does not require immediate and full achievement of these rights.  Each signatory undertakes to “take steps… to the maximum of its available resources, with a view to achieving progressively the full realisation of the rights.

The ICESCR also allows signatories to make limitations to those rights insofar as it may be “compatible with the nature of these rights and solely for the purpose of promoting the general welfare in a democratic society.”

The understanding is that state parties should be free to allocate their resources but in accordance with the spirit of the ICESCR and its principles.

Third, we are likely to sign on to the Trans-Pacific Partnership Agreement next year, and as we push towards developed country status with Vision 2020, it would be good for the government to give more assurances to the people that our socio-economic rights would be protected and advanced in tandem.

We now know that sustained government intervention is required to counteract these economic forces.

Further, as a key player in Asean and a moderate Muslim-majority country, Malaysia can provide a powerful example for others in this area.

Yet, out of the 18 international human rights treaties, we have only acceded to six.

First, relevant government departments should study and recommend our accession to the ICESCR as soon as possible.

The Attorney-General’s Chambers or the Prime Minister’s Office should perhaps take the lead in consultation with the Human Rights Commission of Malaysia (Suhakam).

Second, our Members of Parliament (MPs) should promote and support accession.

Third, citizens, especially students, youths, and NGOs, should write to the prime minister and MPs to lobby for quick action.

Human rights, in terms of civil and political rights, have always been fiercely contested in recent years.

Yet, since Independence, our government and people have always sought to further the economic, health, educational, and cultural rights of our fellow citizens. Surely this remains a shared goal for us all?

There is so much more that Malaysians can achieve, together.

* Edmund Bon Tai Soon is a member of HAKAM; former chairman of the Bar Council's Human Rights and Constitutional Law committee; and an advocate & solicitor of the High Court of Malaya

Since 1950, the world marks December 10 as Human Rights Day. It is a day to create awareness to fundamental human rights set out in the Universal Declaration of Human Rights (UDHR) as the common standard of achievement for all peoples and all nations.

In KL, unemployed man fined RM7,000 for improper use of network facility to call for rally during pandemic

In KL, unemployed man fined RM7,000 for improper use of network facility to call for rally during pandemic