Pak Lah: I’m not sleeping with the enemy

KUALA LUMPUR, Aug 12 — Under fire from pro-Umno bloggers, Tun Abdullah Ahmad Badawi denied today that the release of a book on his years as prime minister is a conspiracy to attack the Malay nationalist party.

The contents of the book as well as the choice of PKR lawmaker Nurul Izzah Anwar, the daughter of Opposition Leader Datuk Seri Anwar Ibrahim, to launch the book in Singapore earlier set tongues wagging online. 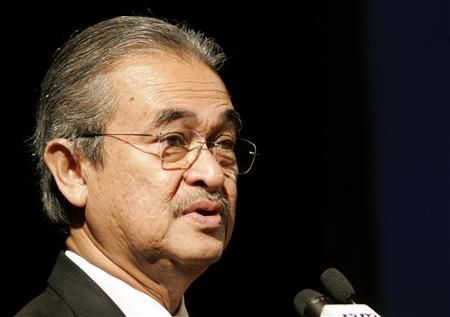 “The principle of openness means that we must be ready to give space for anybody to speak. But do not make an assumption that the book was written by Pak Lah who has conspired with the opposition to attack his own party,” Abdullah (picture) said in a statement here, referring to himself by his popular moniker.

“Whatever criticism given in my interview in the book was made because I want to see Umno given continued mandate and trust by the people.”

“Awakening: The Abdullah Years in Malaysia”, a book on his short reign as the prime minister who succeeded Tun Dr Mahathir Mohamad, features an exclusive interview where the usually quiet man finally speaks out against his detractors.

In the days following its release, the book dominated headlines in the media with heavy focus given to Pak Lah’s words on Dr Mahathir and what the former prime minister described as “unwarranted attacks” on his person that eventually led to his ouster.

Pro-Umno bloggers have since accused Abdullah of being a “mouthpiece” of the opposition with the release of the book, painting its editors Prof Bridget Welsh and Prof James Chin as alleged anti-Barisan Nasional (BN) dissenters.

Today, Abdullah denied he had a hand in the book’s tone or the decision to have Nurul Izzah launch the book in Singapore.

“Since I am not the publisher, printer, editor not the author of the book, I do not know, am not informed and not responsible for any invitations to launch and discuss the book,” Pak Lah explained.

“The news of an opposition leader attending the book launch in Singapore — even if it is true — was the decision of the publishers, not me.”

The Singapore launch has since been cancelled, according to the book’s editors today, who earlier postponed a companion event in Kuala Lumpur due to the growing controversy over the tome.

On Saturday, the editors decided to postpone the launch here, citing concerns over its “politicisation” and sensationalisation by media organisations in their reportage of certain portions of the book.

Today, Chin also denied that Nurul Izzah’s scheduled attendance had contributed to the cancellation of the Singapore launch, and repeated the hope that the public will read the book in its entirety before making any comment.

Abdullah has also clarified that he was not planning on attending the launch event, to dispel any notions that the book was written and endorsed by him, explaining that it was not written under his request or sponsorship.

On Saturday, Welsh and Chin noted in their open letter that some media outlets had wrongly categorised “Awakening” as “Pak Lah’s book”.

They pointed out that this was inaccurate as the book was a collection of multiple views from different persons, including politicians across the divide and academic observers.

Despite the postponement of the launch, the duo said the book will remain available at book stores nationwide.