Theatresauce EDL director Dinesh Kumar (centre) assisted by Theatresauce staff prepares for his segment in ‘Children Should Not Play in the Dark’. — Picture by Choo Choy May
Follow us on Instagram, subscribe to our Telegram channel and browser alerts for the latest news you need to know.
By MELANIE CHALIL

PETALING JAYA, March 23 — Creating live shows for millennials and Gen Z can be a challenge or a blank canvas of opportunity, depending on which end of the spectrum theatre practitioners fall into.

Luckily for Kelvin Wong, the Theatresauce artistic director seems to have found a winning formula that has gotten “screen addicts” excited about going to the theatre.

Take its latest show, Children Should Not Play in the Dark for example.

All tickets for its 14 shows were snapped up in a matter of four days.

The showcase is a deconstruction of Bengali playwright Rabindranath Tagore’s 1912 work The Post Office that is presented by five early-career directors from Theatresauce’s Emerging Directors Lab (EDL) programme.

The programme which is in its third cycle gives aspiring theatre directors year-long training at the Subang Jaya-based company to sharpen their craft through creating three showcases.

“The director training programme is something that I don’t think any other theatre company is doing right now,” Wong told Malay Mail.

“I think this director-focus angle has been setting us apart from everyone.”

Tagore’s original work tells the story of a young boy who is confined in a room at his adoptive uncle’s home due to an incurable disease and interacts with the outside world through a window.

“This was written 100 years ago but weren’t we all doing that last year?” Wong said of the play’s relevance and borderless appeal. Wong says most of Theatresauce’s audience is made up of millennials and Gen Z who are first-time theatregoers. — Picture by Choo Choy May

Poignantly, this was also the very same play that was performed to much success in concentration camps when it was staged in Germany during World War II.

In another significant staging, it was performed in an orphanage in Poland’s Warsaw ghetto by activist, doctor and educator Janusz Korczak just before he and the children were taken to an extermination camp by the Nazis.

In this experimental showcase, which has been described as intimate and immersive, the audience will travel from one space to another as the storytellers explore themes of time, confinement and demise.

“This show is for people who would like to see how far a live performance can be stretched,” Wong said.

“We are moving from one space to another, kind of like a haunted house or immersive experience — that’s another way in which theatre can be experienced.

“Secondly, I would say [this play is for] those who want to experience being affected by familiar themes that are going on around us in a manner that’s fresh and not preachy because The Post Office deals with confinement and demise.”

Given that the audience at Theatresauce is mainly made up of millennials and Gen Z who are first-time theatregoers, Wong said shorter attention spans and visually driven storytelling are taken into consideration when creating works.

“The question comes if younger audiences have their Netflix and Disney Plus and their screens on their phones, why commune in a space together to watch a live theatre performance?”

It’s a question Wong often asks his students at Sunway University where he leads the performing arts programme.

“I’d ask them would you rather be in a stadium watching BTS live or on the screen and most of them said they prefer to watch them live,” said Wong, who founded Theatresauce in 2016.

“There’s a point that is being made about live performance being very different from watching something that is pre-recorded or streamed live onto a screen. “I think that liveness and human connection, anything could happen, there’s something very magical about that and we try to educate our young audiences to do it.”

Theatresauce often advertises its shows on platforms that young people use such as Instagram which helps promote their venue as well as reaching out to schools and universities.

“It’s not that people do not want to come, I think people or younger people don’t quite know that things like these exist,” Wong added.

“We get a lot of young people telling us, ‘I wish someone had told me about this earlier or I wish my teacher had exposed me to something like this to me earlier then I would at my own accord come to the theatre’.”

In terms of the content the company produces, Theatresauce adopts a contemporary approach to engage audiences and prefers to avoid plays that were written 50 to 70 years ago.

“That to me, is not a reflection of how theatre should be consumed today,” said Wong.

“This participatory culture among young people is something that I feel like the performing arts can further bank on.”

Looking at ways to engage the next generation of theatregoers is an area that Wong plans to explore further when he pursues his PhD in the near future.

“The danger with the performing arts and arts, in general, is that if you don’t evolve with the times, it shows in your audience,” said Wong.

Theatresauce is located at 3-3 Jalan USJ 21/5, Subang Jaya, 47630 Selangor. Find out more about the company and its upcoming shows at theatresauce.com. 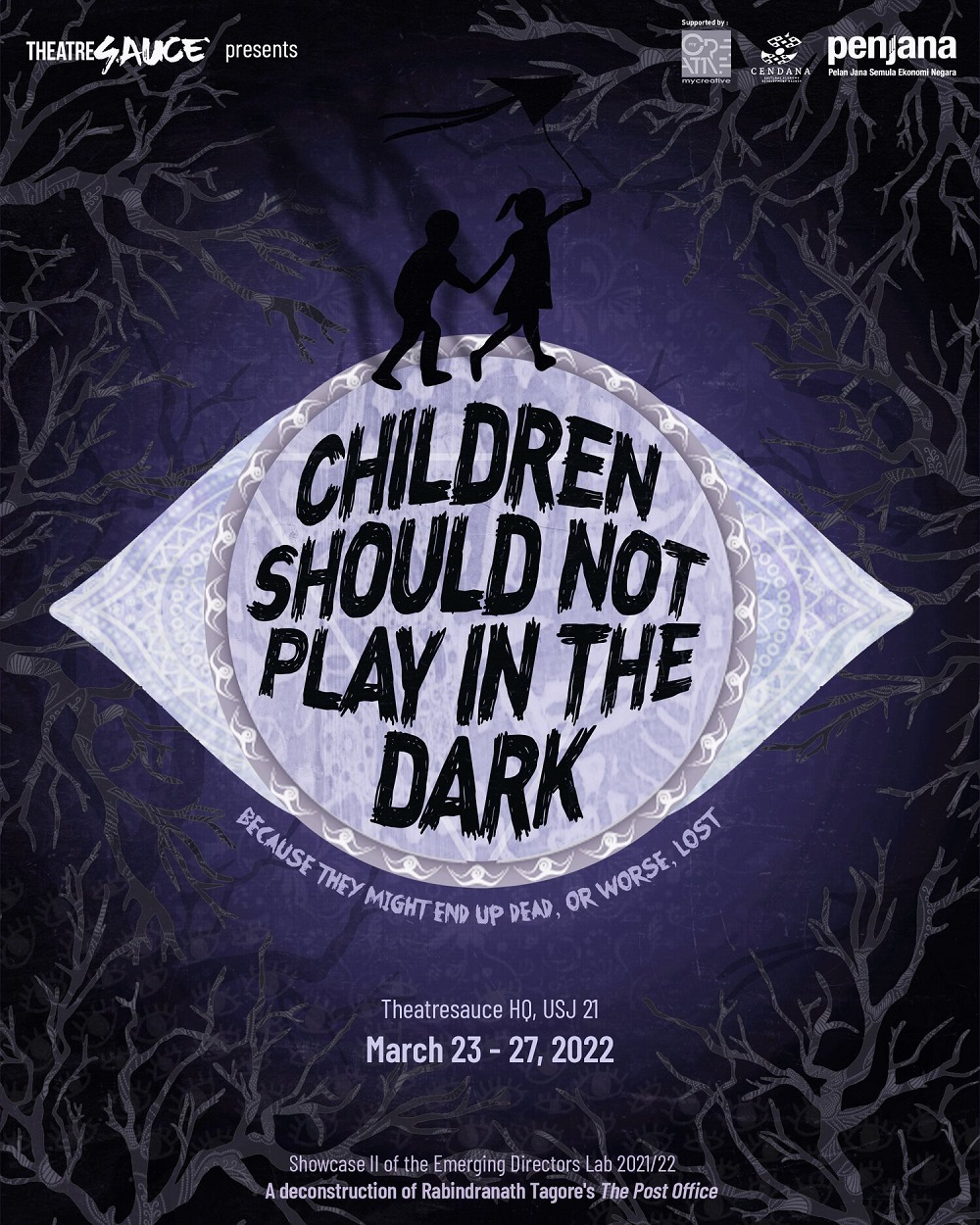 The company’s latest showcase is a deconstruction of the 1912 play ‘The Post Office’ by Rabindranath Tagore. — Picture courtesy of Theatresauce