Lexis Hibiscus hotel (left) and PD Ostrich show farm has been receiving an overwhelming number of visitors since the lockdown was lifted. ― Pictures by Mandy Chew and Anne Grace Savitha
Follow us on Instagram, subscribe to our Telegram channel and browser alerts for the latest news you need to know.
By ANNE GRACE SAVITHA

PETALING JAYA, Dec 31 ― Popular tourist haunt Port Dickson has been busy welcoming guests back to its beaches, tourist attractions and food haven` ever since the lockdown was lifted.

The coastal town has seen business booming with tourists coming from all over the country to spend time with family or just take the time off during the year-end holiday season.

Even on weekdays, visitors swarm the beach or crowd the local stalls to indulge in the famous coconut shake.

Here are some of the top attractions in PD that have seen an increase in their business after multiple lockdowns towards the end of the year that you might like to check out if you’re headed there. 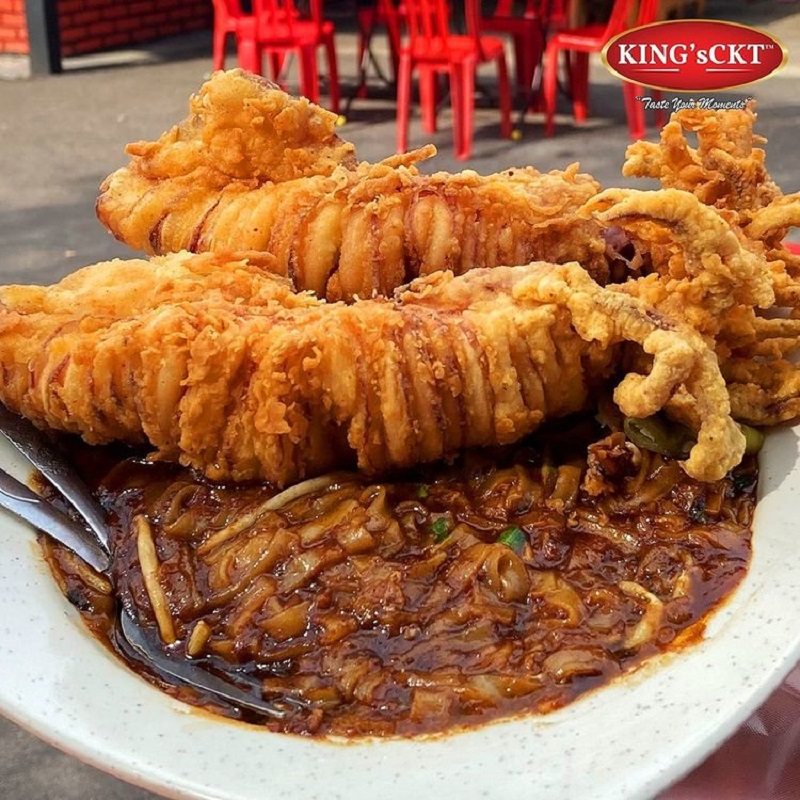 Not to be missed ― King's Char Kuey Teow that comes with a variety of meat and seafood. ― Picture via instagram/kingsckt

One can’t miss the huge billboards featuring a young boy indulging in King’s Char Kuey Teow when heading towards the PD toll plaza.

Boasting space that can accommodate up to 1,000 visitors at once, the restaurant near the PD toll plaza can’t be missed with its huge signage and the steady stream of visitors.

One of it owners Muhammad Zariq Iskandar, told Malay Mail that even during the Covid-19 pandemic, the owners managed to open two other branches of in Putra Heights and Taman Tun Dr Ismail (TTDI).

“We didn’t give up even during the lockdowns as our workers would either do food deliveries or sell food at traffic lights.

“Some even sold food at our food truck to help sustain the business.

“And we’re even hiring new staff to help out with our large volume of visitors.”

Muhammad Zariq added that during the weekends, visitors would come from as far as the Klang Valley, Malacca, apart from neighbouring towns like Seremban.

He said that the physical menus have been replaced with QR codes during these trying times.

“We want to encourage our customers to self-order their food to avoid close contact.” 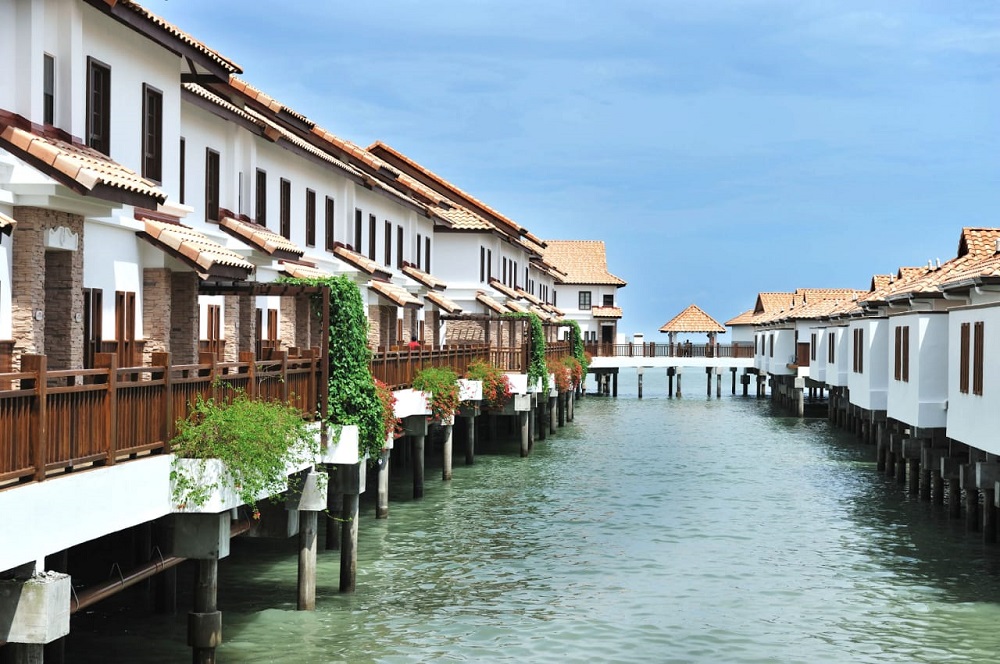 Since the travel ban was lifted, the PD Lexis Hotels have recorded almost 90 per cent booking till end of the year. ― Picture by Mandy Chew

Mention the PD Lexis Hotels ― Lexis Hibiscus and Grand Lexis ― and it immediately conjures up images of waking up to the spectacular view of the sea.

President Mandy Chew Siok Cheng told Malay Mail that there has been a significant increase in visitors with most of its weekends fully booked after the lockdown was lifted.

“With November and December being our busiest months now, we are experiencing full occupancy, with an estimate of 90 per cent of our rooms fully booked till the end of the year.

“Apart from room bookings, we have also been receiving numerous bookings and requests to host meetings, seminars, training and events at our resorts in Port Dickson.

“Our biggest challenge for the management team is the shortage of manpower.”

Mandy was confident that the business in both hotels will continue to prosper with the possibility of hiring new staff as long as the infection rate is under control.

Strict standard operating procedures are in place such as rigorous cleaning protocols with medical grade disinfectants and increased frequency of deep cleaning to all high touch surfaces.

Visitors from PD and other states admiring the military artifacts in the army museum. ― Pictures by Anne Grace Savitha

Apart from the usual beach or hotel destinations in PD, locals and visitors can immerse themselves in the coastal town’s military history.

The army museum, which has some pretty cool artifacts such as military helicopters and airplanes, has seen an influx in visitors from neighbouring states.

Director Lieutenant Colonel Mohd Yusri Abdul Manap said that since the lockdown was lifted in October, the museum recorded a total of 26,000 visitors from across the country.

“Sometimes on weekends, there are about thousands of visitors at one go.

“While the museum is free of charge for visitors, we make sure that SOPs are in place such that only fully-vaccinated guests can enter.

“And we have our army officers to make sure visitors get their temperatures checked.”

Mohd Yusri added that a new gallery was launched on December 13 called the Panglima Tentera Darat gallery that will soon be open to the public. 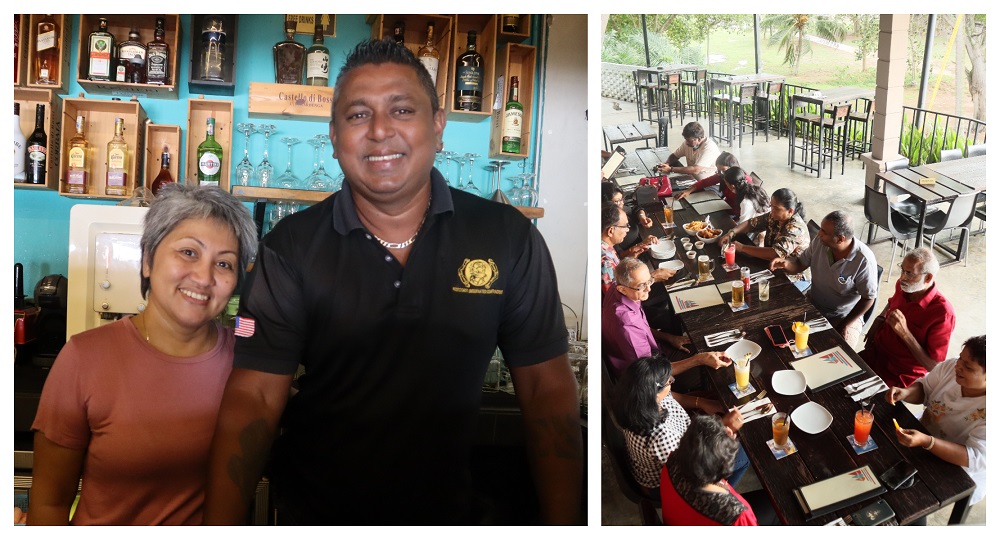 La Playa owner Govinanthan and wife Janice Celia have seen their business skyrocket with visitors crowding in the restaurant even on a weekday. — Picture by Anne Grace Savitha

La Playa restaurant and bar offering delicious western food, a view of the sunset and good music with a live band has also seen an increase in its business profits since the lockdown.

Founder and owner Govinanthan Ramasamy said that despite the multiple lockdowns, the restaurant was able to compensate for their losses during the lockdowns with sales doubling these past two months.

“Our business immediately skyrocketed once the travel bans and lockdowns were lifted.

“From Friday onwards, crowds of people will be coming with their families or friends from other states till Sunday.

“Many have also been looking forward to listening to good music bands on alternate Saturday nights.

“Our place has also been almost fully booked for the New Year’s eve,” he told Malay Mail.

SOPs are in place with only fully-vaccinated guests allowed to enter and having their temperatures checked. 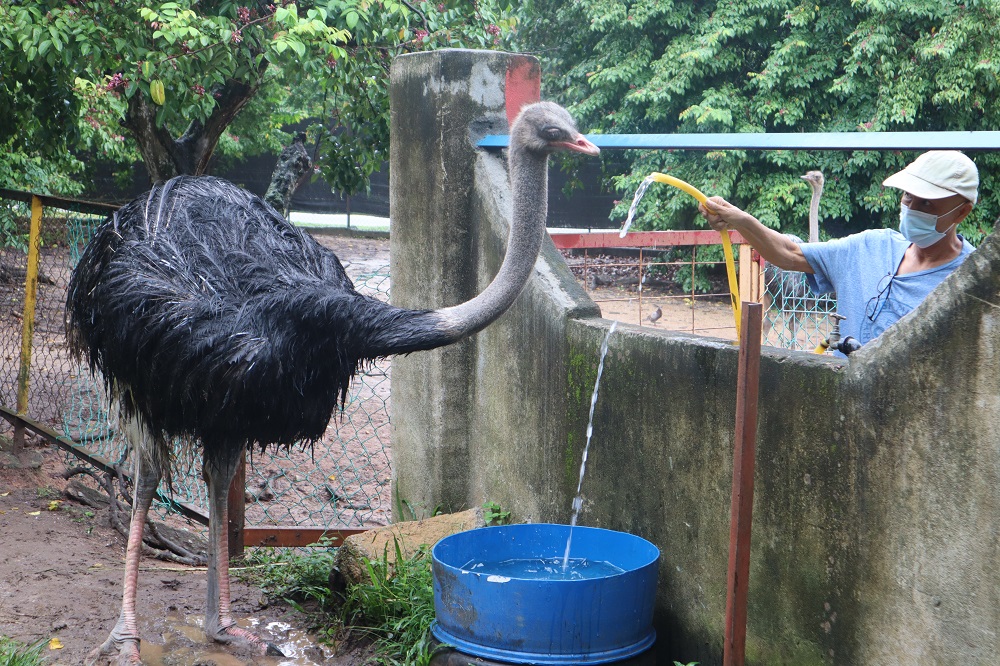 Lee (right) feeding one of his ostriches said that many people are bringing their children to see the animals in the farm. ― Picture by Anne Grace Savitha

PD Ostrich Show farm manager Chris Lee said that during the lockdown, the show farm was fortunate to have some of its shareholders fork out some of their money for the farm’s maintenance and to feed the animals.

Now, Lee said that visitors are crowding the place and coming from across the country as many are interested in seeing the world’s biggest bird and other animals such as goats, sheep and smaller animals.

“Since many visitors come in during the weekend, we are able to cover for our weekdays where fewer visitors would come.

“We also employed more staff to work with us during the weekend and year-end holidays to cope with the huge number of visitors.

“These past two months have been a good time for us to get a good revenue from our ticket sales.” 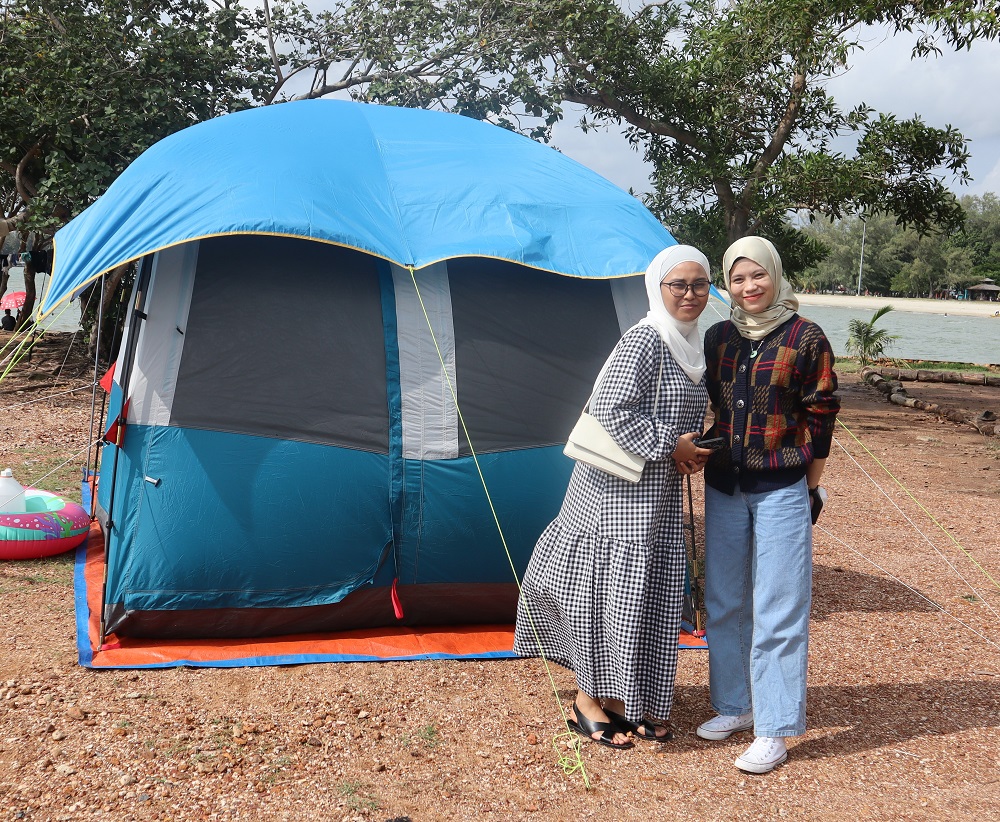 Campers enjoying the view and breeze of the sea near their campsite in PD. ― Picture by Anne Grace Savitha

Located at a quiet spot at PD’s Jalan Pantai, H&N Campsite is ready to give anyone a taste of its simple camping life with the view of the sea.

With a few tents set up on a weekday, the campsite that has been in operation for almost three years has also received full bookings with about 100 tents on certain weekends.

One of its founders Harizan Hariri told Malay Mail that the spot is famous among local Port Dickson folks and among campers who just want to take the time off their busy schedule and camp by the sea.

“From December 24 to 26, we are fully booked with campers from Negeri Sembilan and other states.

“Strict SOPs are also observed where the management team ensures that campers need to register their names and particulars and scan the QR codes upon arrival.

“Although we're not a profit-driven business, we still get a lot of requests from nature lovers to come and spend the night.”

Those who have their own tents pay RM45 per night while those who want to rent a tent pay RM90 per tent.