Meet the Tioman ‘ghostbusters’, a group of passionate islanders who are taking marine conservation into their own hands

The Tioman Marine Conservation Group removed over 4,000kg of ghost nets this year alone during the pandemic. — Picture courtesy of Reef Check Malaysia
Follow us on Instagram, subscribe to our Telegram channel and browser alerts for the latest news you need to know.
By MELANIE CHALIL

PETALING JAYA, Dec 10 — If you want something done right, do it yourself.

No better saying sums up a group of Tioman Island residents who have adopted a hands-on approach when it comes to protecting their home.

Known as “ghostbusters”, the Tioman Marine Conservation Group (TMCG) earned the nickname thanks to their frequent cleanups of ‘ghost nets’ which are fishing nets that have been abandoned, lost or discarded in the ocean.

These nets can entangle marine life such as dolphins, turtles, sharks, dugongs and other sea creatures by restricting movement and causing injuries and starvation.

TMCG began as a small group of five from Kampung Tekek and Kampung Air Batang in 2015 and today, the group has 65 members that come from all seven villages on the marine-diverse island.

The benefits of locals taking charge of conservation efforts means that unforeseen factors such as the Covid-19 pandemic didn’t hamper much of their efforts at a time when movement was largely restricted.

During the pandemic this year, the group successfully removed 37 ghost nets that weighed over 4,000kg and more than 700 crown-of-thorns starfish whose voracious appetites are destroying reefs.

The team also managed to conduct over 60 reef surveys and installed 15 mooring lines in the ocean. The passionate islanders all have an interest in marine conservation and want to have an active role in managing the island’s resources.

TMCG receives ongoing training by marine non-profit Reef Check Malaysia (RCM) who are equipping the members with skills and knowledge that they can apply to their day-to-day marine resource management activities.

“I am proud and thankful to have this opportunity to gain skills from the programme and now lead the TMCG,” said Shahir B Yaman, one of TMCG’s founding members who was born and raised on Tioman Island.

“We are not only conducting conservation activities but also creating awareness among the community and acting as role models.

“TMCG is a good example for Malaysia on how local islanders can protect their island.”

“We learned that protecting the ocean is beyond just coral reef monitoring and surveys and we had to look at initiatives that directly involve and impact the community,” Alvin said. 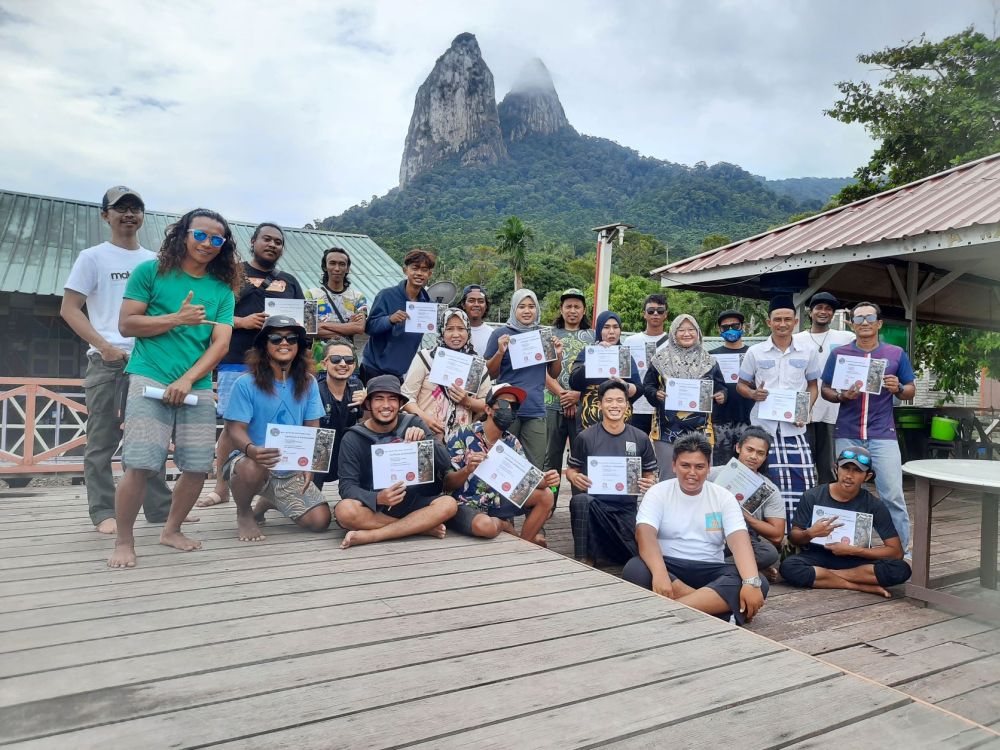 The group was formed in 2015 with five members and today has 65 members from all seven villages on Tioman Island. — Picture courtesy of Reef Check Malaysia

“We slowly shifted our focus to participatory management – an approach where responsibilities are shared among various stakeholders, from local communities, government or non-government actors to policymakers.

“And that is how the TMCG came about.”

TMCG’s training and setup was fully sponsored by Yayasan Sime Darby and it was later supported by the Department of Marine Parks Malaysia.

The group is currently sponsored by a matching grant from the Finance Ministry.

RCM said in a press release today it hopes to strengthen the TMCG and replicate this success with other island communities. 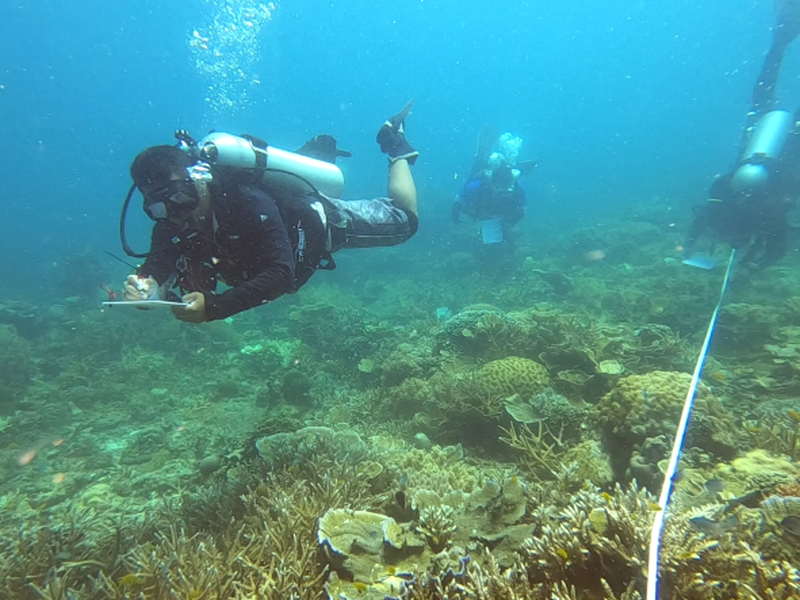 Shahir said what they do is a good example of how local islanders can protect their island. — Picture courtesy of Reef Check Malaysia