ImamConnect users can search for experts based on geographical area, religious affiliations, and areas of expertise. — Picture courtesy of ImamConnect
Follow us on Instagram, subscribe to our Telegram channel and browser alerts for the latest news you need to know.
By MILAD HASSANDARVISH

KUALA LUMPUR, April 12 — The Covid-19 pandemic has led to a major change globally as many businesses and service providers turned to digital to survive.

Apart from major sectors, there were some least expected services that have broken away from the conventional method and digitalised their approach.

Among them were faith-based services for Muslims that could only be done at official Islamic centres or community mosques prior to the pandemic.

Being the first-of-its-kind, ImamConnect is dubbed the world’s first online platform for Muslim services.

The UK-based platform has now entered Malaysia to further expand its services among Muslims in South-east Asia.

“We help people identify and connect with a broad range of trustworthy, reliable, faith-based service providers.”

Featuring a global community of service providers for Muslims, the UK-based platform covers the full range of religious and non-religious services from Quranic studies, marriages, last rites and wills to life coaching, family counselling and home schooling that is aligned with Muslim values.

Similar to social networking platforms, ImamConnect users can search for experts based on geographical area, religious affiliations and areas of expertise.

Upon selection, users will be able to access a service provider’s biography, services, rates of service, and user reviews, as well as relevant qualifications and certifications before booking any services.

“We don’t just list providers and give you contact details, we ask each provider to follow a comprehensive application process, which we then assess for quality, reliability and suitability.

“Every single provider on ImamConnect is background-checked for safety and peace of mind,” said UK-based entrepreneur Muddassar.

At present, Muddassar said they have over 100 service providers based in different countries, including the US, UK, Canada, Germany, Malaysia and Singapore.

“Our aim is to give Muslims transparency, accountability, and digital efficiency in the delivery of Muslim life services at the push of a search button.”

Commenting about ImamConnect’s potential here, the platform’s Malaysian founding team member Zain Al-Haddad said it was about time to have a digital avenue for Muslims in Malaysia to have greater access to religious and non-religious services.

“The ability to engage in private lessons by numerous teachers and experts is quite immense.”

Zain said the platform, which is Shariah-compliant, allows users to select other Islamic denominations, schools and branches for their consultations.

However, he added that for the vast majority of services, the platform is not denomination sensitive and focuses on Quran lessons and counselling.

According to Zain, there are currently five Malaysian ustaz on the platform to offer sacred and non-sacred Islamic services to Malaysians.

“Since we launched the platform here recently, there have been a few Malaysian users, but we expect to see a lot of cross-border engagements via ImamConnect here as there are plenty of Islamic figures that fly into Malaysia to conduct courses.”

Developed by a team of Muslim communications experts, business leaders and technologists based in Brussels, London, Kuala Lumpur and New York, ImamConnect launched last August with an initial list of over 70 background-checked service providers offering their expertise from around the globe.

After a successful initial run in the UK, ImamConnect now plans to open a regional office in Malaysia to grow its pool of service providers and users in the region.

Since its inception, the multinational team behind ImamConnect consist of about 20 per cent Malaysians including Commerce Dot Com founder Syed Azmin Syed Nor, who sits on the platform’s advisory board. 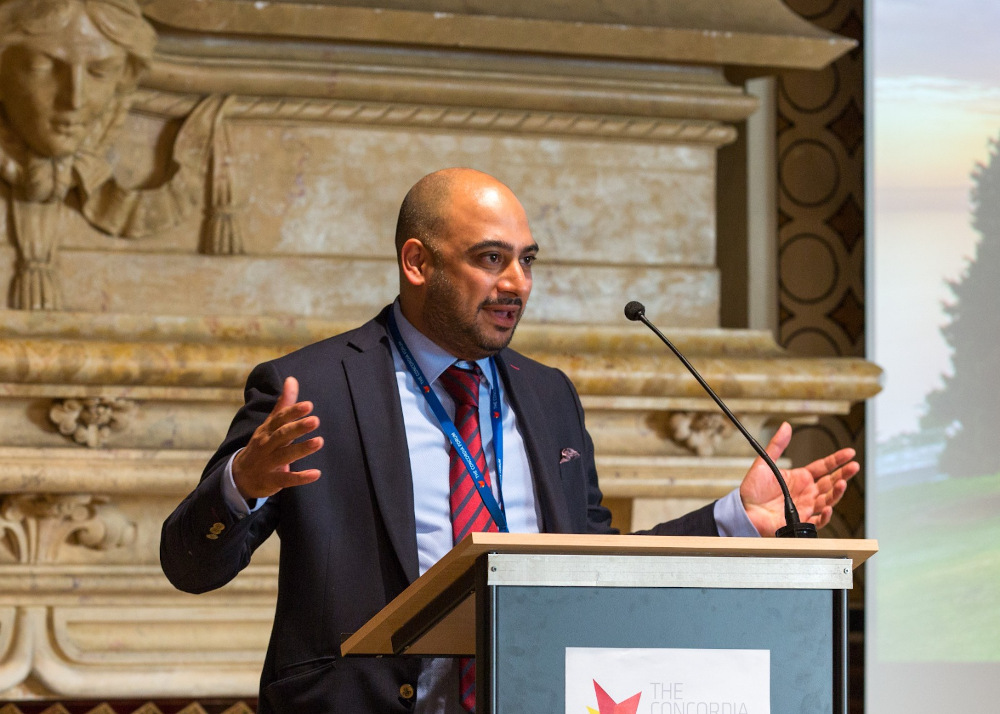 Offering an avenue to generate income

Apart from being a one-stop centre for Muslims all around the world, Muddassar said the platform allows service providers to boost their income, especially during the hard times of the Covid-19 pandemic.

“Service providers from around the world can register on the platform and expand their clientele market beyond geographical boundaries.

“Our service providers can set their own fees on ImamConnect to earn an income by successfully providing a service online.”

For the users, Muddassar said joining the platform and searching for services does not cost anything and would even save the users’ time as the platform provides all the necessary information.

“Like other online marketplaces, ImamConnect only takes a standard fee from the money paid to the service provider.”

He also noted that the platform is open to people from all religious backgrounds who are interested to learn more about Islam and the Muslim community.