The initiative aims to revive domestic tourism in partnership with the Ministry of Tourism, Arts and Culture Malaysia (MOTAC). In addition, AirAsia has introduced eight new domestic routes which will commence starting from the end of this month. 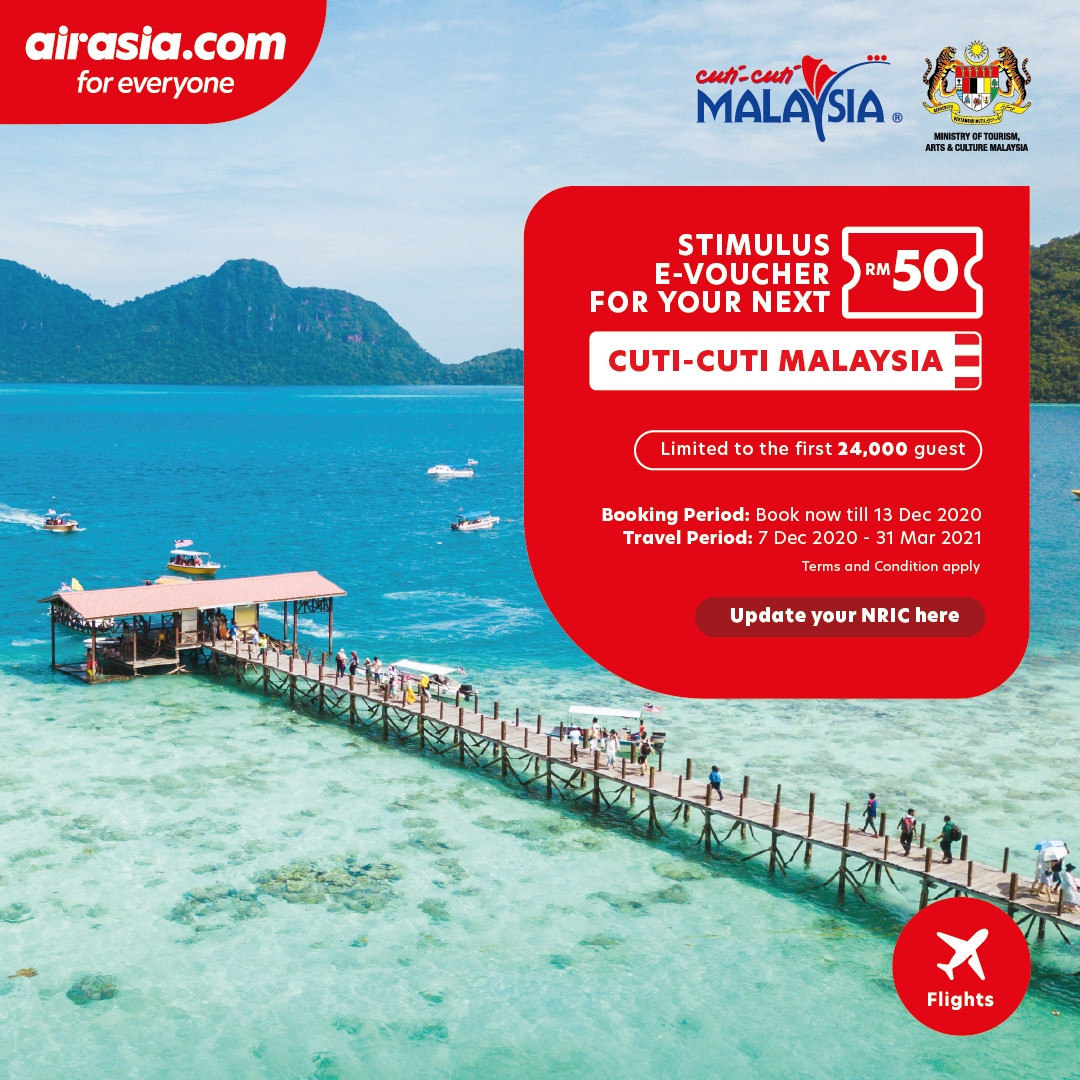 The vouchers will be given out on a first-come-first-served basis. The eVoucher can be used to claim a discount of RM50 for any AirAsia Malaysia (AK) domestic flights.

Below is the full flight schedule of the new routes including the commencement date. 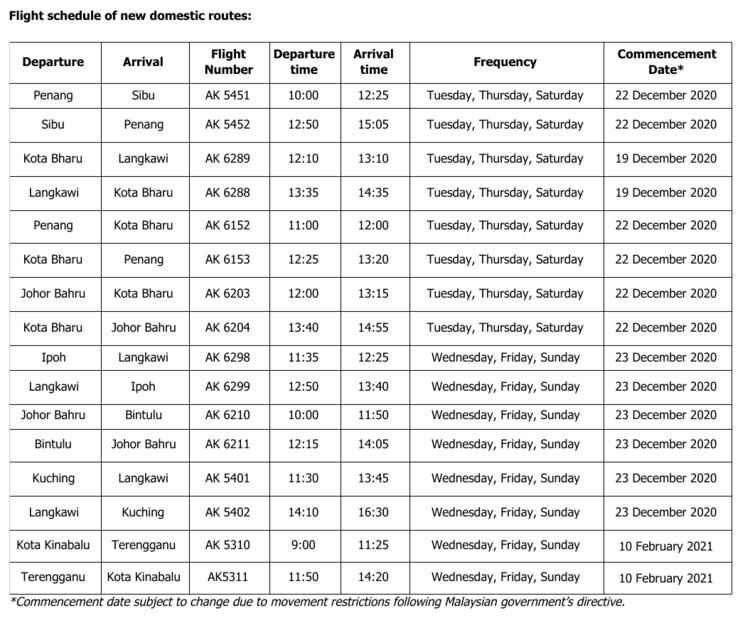 AirAsia Malaysia CEO Riad Asmat said: “The tourism industry is a major contributor towards Malaysia’s economy and provides ample job opportunities. We thank MOTAC’s support in incentivising Malaysia travellers with stimulus packages and we look forward to joining hands with all industry stakeholders to steer through the effects of the pandemic together. We also applaud the government’s effort in initiating the domestic green zone travel bubbles which allow Malaysians to travel at ease.”

He added “We are confident that recovery is well underway, and as one of the key players in tourism, AirAsia is well-prepared to meet the pent up travel demand. We are expanding our domestic network with new direct accessibility between cities. Besides allowing Malaysians to travel conveniently once travel restrictions are lifted, we also hope to provide more opportunities for local businesses to thrive by facilitating logistics and cargo shipments.” Do note that interstate travel is only permitted for areas categorised under the “green travel bubble“ policy. The national security council had previously announced that travellers may move between green zones without permission from the police. — SoyaCincau