Dr April Camilla Roslani (centre) was elated to be awarded the Honorary Fellowship at ACS. — Picture courtesy of Dr April
Follow us on Instagram, subscribe to our Telegram channel and browser alerts for the latest news you need to know.
By By MARK RYAN RAJ

PETALING JAYA, Oct 6 — The American College of Surgeons (ACS) is the largest organisation of surgeons in the world, with over 82,000 members globally.

Becoming a part of the organisation — or a “Fellow” as they call it — is no easy feat. Because of the high standards held by ACS in their membership vetting process, only nine Fellowships were awarded to prominent surgeons this year — and one of them was from Malaysia, University of Malaya’s Professor Dr April Camilla Roslani.

“It’s really unexpected but also a great honour for me to be given this award. It’s not something we can apply for as nominations are made by existing fellows, so I was entirely unaware that I was even being considered,” said Dr April in an interview with Malay Mail.

“It’s a very old and established award that is based entirely on merit. There is no obligation for the college to give out any awards each year.”

Dr April, who is a colorectal surgeon and medical oncologist, was the only female surgeon to be presented with the Honorary Fellowship in ACS yesterday via a virtual convocation ceremony.

ACS only awards Fellowships to surgeons whose education, training, personal qualifications, surgical competence and ethical conduct have passed a rigorous evaluation and are found to be consistent with the high standards established and demanded by the college.

Dr April has been a surgeon for over 15 years and has become an expert in her field, which revolves around colorectal diseases and surgery.

The mother of two later went on to specialise in colorectal surgery, to make up for the lack of colorectal surgeons in Malaysia, after completing her subspecialty training and housemanship at National University Hospital, Singapore.

While she is being recognised for her scientifically-based contributions as a colorectal surgeon, Dr April said that it wasn’t just the scientific or technical aspects that got her into medicine as she was intrigued by the “art” of surgery.

“I always wanted to be in a profession that marries art and science ever since I was in school. So, I think that’s what attracted me to medicine and in particular to surgery,” said Dr April.

“There is science behind it because everything we do is guided by science and evidence. But there is also an art form to it. Surgery requires creativity, some original thought, some kind of inherent natural ability. So, becoming a surgeon felt like the perfect marriage of the two.”

Dr April, who is the current president of the Malaysian College of Surgeons, added that she is very passionate about being a surgeon mainly because of the gratifying nature of the job, due to the instant impact that surgical treatment can have on a patient’s life.

“It’s not always easy, the hours are long and you aren’t really able to schedule procedures but it’s just something that I enjoy doing and am very passionate about,” she said.

“All doctors do work to improve their patient’s life, but for us surgeons, the immediacy of the result is so rewarding.”

Dr April also said that life as a surgeon can be very demanding, as the job often comes hand in hand with the pressures associated with performing surgeries on other human beings.

“It is a high-pressure field. There’s always a risk of your efforts being unsuccessful, which can have an impact on a patient’s quality of life.”

She added that surgery is also different from other fields as there is more “teamwork” involved during procedures, which has helped her a lot in her career. 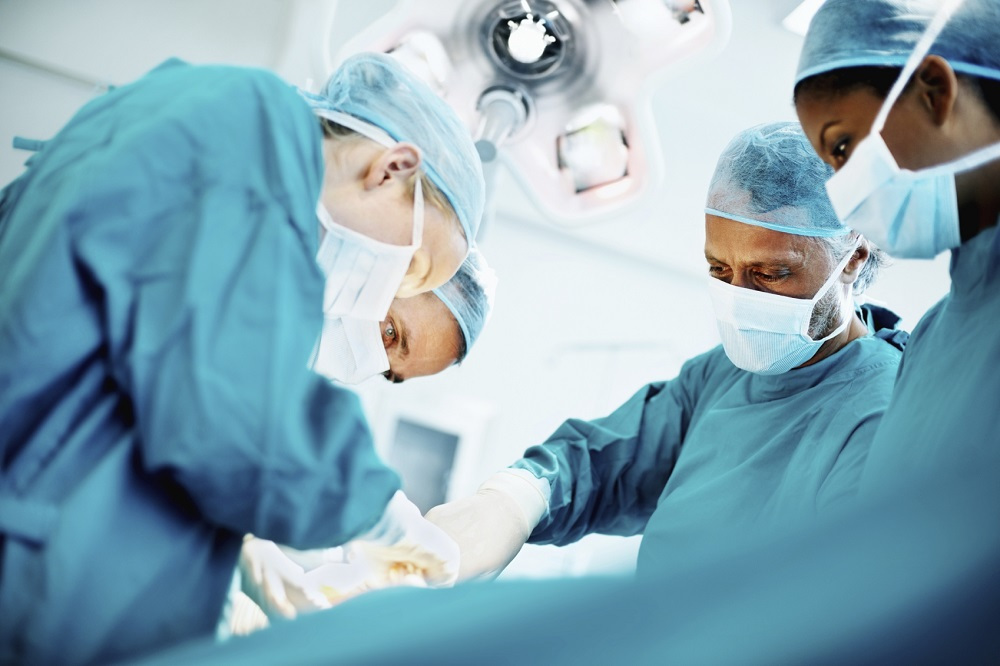 Dr April said that being able to work together with different practitioners from various fields is a big part of surgery. — AFP pic

“Teamwork is very important for us. We can’t do our job alone. Not only do we need to work with our surgical assistants but also the anaesthetists, our nursing staff and more,” said Dr April.

“So there’s a real camaraderie between you and your peers, you become more than just colleagues. Because in surgery, you look after each other and care for each other.”

Speaking on her field of expertise, Dr April said that people should be more aware of the dangers of colorectal diseases, in particular colorectal cancer which is now the second most common cancer in Asia.

“You don’t really hear celebrities or people talking about it. Generally, people just don’t like to talk about it, unlike breast cancer for example where there are many people who are willing to come forward to talk about it,” said Dr April.

“Often, you only hear about it if a celebrity who had it passes away, like what happened with the Black Panther actor Chadwick Boseman. And it’s probably because of the nature of the disease because it’s something to do with the bowels and an area which is conventionally seen as ‘unclean’.

“But we really have to do something to raise more awareness about it because it is a killer and at least half, if not more than half, will present in the later stages, at which time out treatments are less effective.

Colorectal cancer is notorious for being hard to detect without proper screening or consultation, however, the diagnostics of colorectal cancer have been revolutionised at molecular, genetic and DNA levels.

Effective screening tools like the Faecal Immunochemical Test have also been established to help to pick up symptoms of the disease, sometimes even before they become cancerous.