Pasta Panas founder Amiesh Remmy (right) with newly-appointed brand ambassador singer and actor Alif Satar at the launch of Pasta Panas flagship store in Bangsar, Kuala Lumpur. — Picture by Shafwan Zaidon
Follow us on Instagram, subscribe to our Telegram channel and browser alerts for the latest news you need to know.
By MILAD HASSANDARVISH

Apart from serving a variety of localised pasta dishes, the brand comes with an inspiring success story.

Coming from humble beginnings, Pasta Panas was started by Amiesh Remmy and Sharawy Iqbal at a tiny rented stall in a Mamak restaurant in USJ 9, Subang Jaya back in 2016.

Within six months of its operations, the small stall was overwhelmed with a crowd larger than its capacity.

Thanks to the high demand, the duo expanded the business by opening five other stalls around Klang Valley over the past four years.

From a twosome workforce back in 2016, the stall business evolved into a food and beverage chain with a crew of 60 staff members.

However, despite its rapid and steady growth, the founders found themselves in trouble when the movement control order (MCO) came into effect in March.

According to Amiesh, they suddenly felt the pinch when the MCO happened but managed to quickly think of a plan to bounce back and stay afloat.

Thanks to their strategic partnership with e-hailing company GrabFood, Amiesh said their sales tripled during MCO.

“We managed to discuss with GrabFood to find ways to widen our reach from all our six outlets.

“From there, we saw the business gaining momentum and sales started to spike up,” he said at the launch of their Bangsar outlet recently.

A far cry from its humble beginnings, Pasta Panas today serves over 3,500 portions of pasta dishes every day through its seven outlets, including the newly-launched flagship store along Jalan Telawi 5.

To appeal to the taste buds of Malaysians, Amiesh said they created dishes with localised flavours by adding a touch of spiciness and making it cheesier. 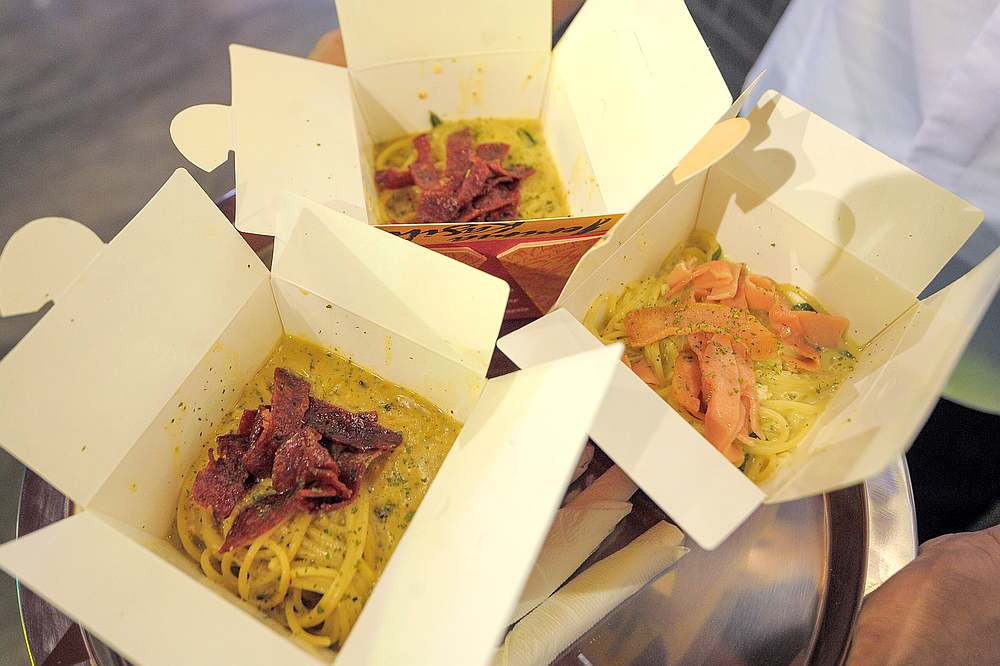 Pasta Panas serves a variety of pasta dishes with a Malaysian twist. — Picture by Shafwan Zaidon

In conjunction with the launch of the Bangsar outlet, Pasta Panas also introduced its very first brand ambassador, singer, actor and TV personality Alif Satar, who is also a self-described foodie and a pasta fan.

Amiesh said the reason they chose Alif as their brand ambassador was because he carries family values, which is synonymous with Pasta Panas’ brand identity.

“I was thrilled to jump on this opportunity with Pasta Panas and we are looking to find new ways to elevate the customers experience through new initiatives.

“As someone who truly enjoys good food, I can tell you that their pasta is a real deal, especially their Laza Mac — it’s just so cheesy,” said Alif.

Moving forward, Amiesh hinted that they have many exciting plans coming up with Alif towards the end of the year.

Pasta Panas has also entered a partnership with Petronas to place a pasta container outlet at their petrol station in Kota Kemuning next month.