Yugendran will finally live his dream of becoming a student in a globally-renowned university. — Picture by Miera Zulyana
Follow us on Instagram, subscribe to our Telegram channel and browser alerts for the latest news you need to know.
By MARK RYAN RAJ

PETALING JAYA, July 20 — By the time he was four, Yugendran Rajaendran had already mastered percentages in mathematics.

That's mainly thanks to the time he spent watching and learning from his four older sisters while they did their homework.

His aptitude for learning since a young age moulded Yugendran into somewhat of a “star student.” as his eagerness to learn helped him do well in his schooling years, most notably achieving 11 A+ in his SPM.

The 20-year-old has always dreamed big and has sought to earn himself a spot at one of the top global universities in the world, despite his family's humble background.

Now, fresh from graduating from his A-level programme at Epsom College in Malaysia (ECM), Yugendran is finally getting to live his childhood dream after being accepted into the prestigious California-based Stanford University’s Class of 2024. Yugendran has been a model student all his life, accumulating a considerable amount of academic awards during his schooling years. — Picture by Miera Zulyana

“It’s pretty exciting. Since I was a kid, I’ve always wondered what is so special about these top global universities,” said Yugendran in an interview with Malay Mail.

“Later on I realised that it was about the chance to be around such brilliant people, the facilities and the community in these universities. They can push me to greater heights.”

Yugendran is planning to pursue a double degree in Bioengineering and Mathematical and Computational Science.

He said that he chose to join Stanford instead of all the other prestigious institutions because of the university’s state of the art bioengineering facilities which could aid him in his efforts to become a medical scientist.

“During my A-levels, I got interested in bioengineering because it is related to cancer and stem cell research. It is really fascinating to me,” said Yugendran.

“Cancer is one of those diseases that we haven’t found a cure for yet and stem cell research shows promising results. I researched more about it and realised that this was one of the ways that I could contribute to the scientific community.” Yugendran says he aims to make it in life to not only help his family but other low-income families as well. — Picture by Miera Zulyana

He added that he also picked to major in Mathematical and Computational Science (Data Science) as he hopes to one day work with the Malaysian health ministry in local healthcare policymaking.

Yugendran, who hails from Klang, didn’t get accepted into Stanford by luck though, as his unique learning habit shaped him into the bright young student he now is.

“My study philosophy is to always study for the purpose of learning. I never really focused on studying only for exams,” he said.

“I’ve always liked math. My father used to buy me math exercise books and I’d finish it in a day. That’s when I knew that I have an aptitude for learning. I find it intellectually stimulating.

“I make sure that I understand what I’m learning and I cover everything in the syllabus or textbooks. I learn everything so I feel satisfied. So the goal of learning to perfection helped me to achieve really good grades in exams.”

Although his life isn't completely revolved around all things to do with studying, as movie-buff Yugendran also enjoys watching sci-fi films like The Matrix and binge-watching the occasional TV series.

But Yugendran hopes to keep to his studying routine and continue to excel on his academic journey, as he said that it is the least he could do to make his parents proud. 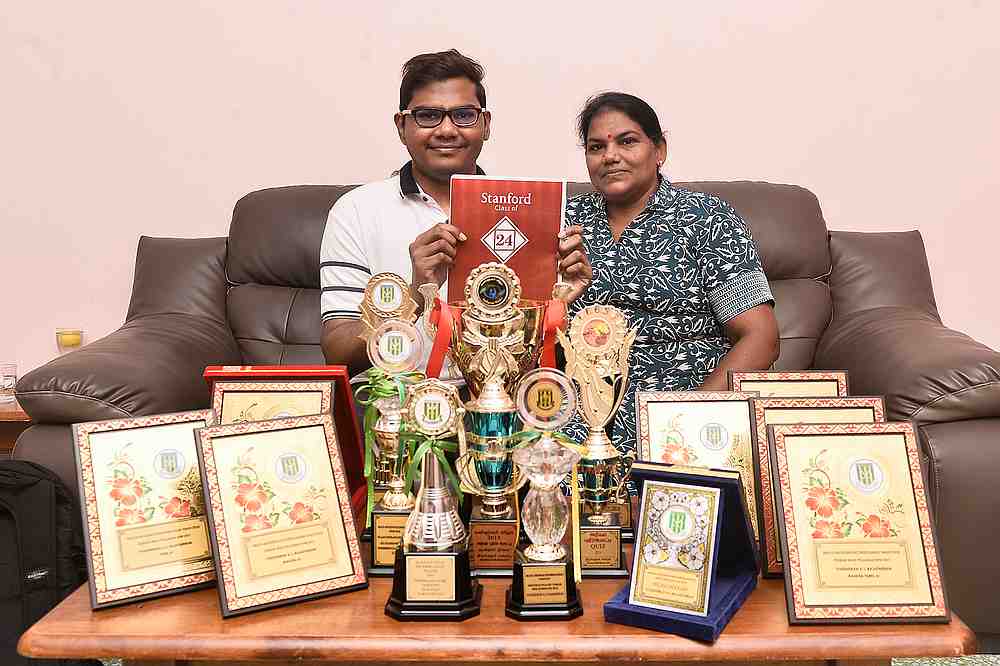 Yugendran’s mother Sakunthala Devi Ramiah teared up as she looked back on her son’s achievements thus far. — Picture by Miera Zulyana

“I’m very thankful because my parents have instilled in me an incredible work ethic. They have worked really hard to provide for our family, they made sure that my siblings and I were able to chase our dreams and go after what we want to do in life,” he said.

“But I also want to help other people too. What’s the point of doing so well for myself if I cannot contribute to the life of others? That’s why I want to do medicine so that I can help people live a better quality of life.”

Yugendran’s father has worked as a motorcycle mechanic in Kapar for more than three decades (he only goes on leave two days annually), while his mother is a housewife.

He added that his sisters -- three of which have pursued careers in medicine as well — and many of his teachers and lecturers also played pivotal roles in his self-development.

Yugendran expects to fly off and join the world-renowned Stanford community in late August or early September this year, with his semester beginning around mid-September.

He joined ECM to pursue his A-levels after obtaining a Tune Libra scholarship from the ECM Libra Foundation, thanks to his stellar academic records.

Thanks to his success in being accepted in Stanford — which is ranked second in the QS World University rankings — the ECM Libra Foundation recently launched an RM15 million Asean Scholarship programme to support 50 students across Asean nations. 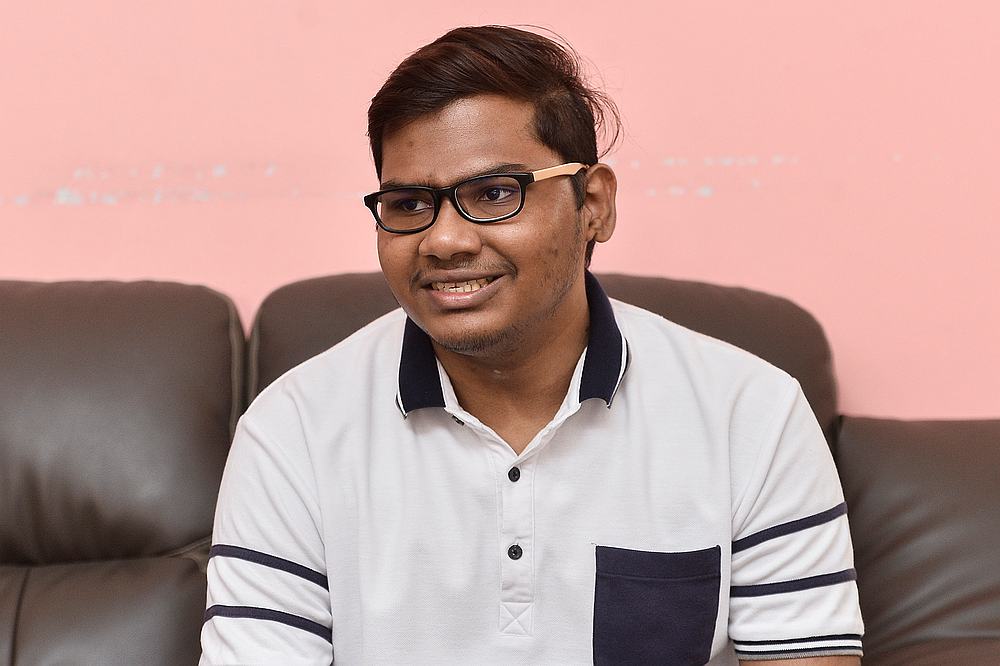 The ECM Libra Foundation has been expanded since Yugendran got accepted into Stanford. — Picture by Miera Zulyana

The foundation will provide financial assistance in the form of scholarships, school and boarding fees, and six return flights a year to and fro Kuala Lumpur, to low and middle-income families that are feeling the financial pressures from the Covid-19 pandemic.

The Asean Scholarship programme is divided into four categories where two of them are under the Asean Bright Sparks which offers full scholarship for the A-Level programme and the International General Certificate of Secondary Education (IGCSE) programme.

Applications for the ECM Libra Foundation can now be made by downloading the application form on ECM's website or by emailing an application to [email protected].