Sarawak-born author Kulleh Grasi made it onto the longlist of the Best Translated Book Awards 2020 with his collection of poems, 'Tell Me, Kenyalang'. — Picture courtesy of Kulleh Grasi
Follow us on Instagram, subscribe to our Telegram channel and browser alerts for the latest news you need to know.
By ANNE GRACE SAVITHA

PETALING JAYA, April 3 — Sarawak-born author Kulleh Grasi has made headlines in the nation’s literary scene amid the Covid-19 crisis.

Kulleh, whose real name is Royston John Kulleh is the only Malaysian author who made it onto the longlist of the Best Translated Book Awards 2020 with his collection of poems titled Tell Me, Kenyalang.

The Best Translated Book Awards is an American literary award that focuses on bringing best original works of international fiction and poetry published during the previous year. Kulleh said his poems are translated from Malay language and other indigenous languages into English aided by literary translator and writer, Pauline Fan.

The author who hails from Kapit also said that his poems revolve around the themes of mythology, humanity and nature that were mostly recorded and experienced by himself.

He told Malay Mail that while the original language of the poems are retained, the English translations are written on the next page. 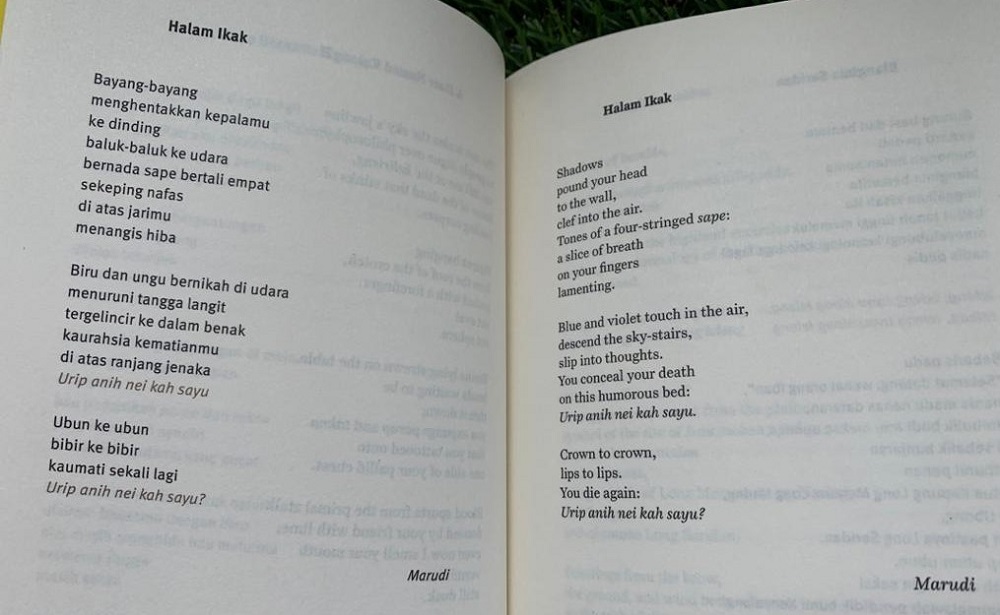 While the original poem is written in indigenous languages, the English translations are provided next to it. — Picture by Kulleh Grasi

According to Kulleh, the book was a culmination of his poems that he had been working on since 2002 and was published last year by Circumference Book, a New York-based publishing house.

On how long Kulleh and Fan worked on the translations of the poem, the 36-year said it took them almost two years.

“We took that long as we needed to make sure the words and terms translated into the English language were correct.

“My two editors who are based in New York also made sure that the poems were good before proceeding with publishing the book.”