Mimpikita: Homegrown fashion brand which is the dream of three sisters

KUALA LUMPUR, Jan 24 — Showing at London Fashion Week (LFW) is pretty much the dream of most designers and homegrown fashion label Mimipikita can claim that dream as theirs. Their Spring/Summer 2016 collection debuted at the prestigious event last year... a milestone for the brand run by three sisters who have no formal training in fashion.

The label was founded in 2008 by Nurul Afidah Zulkifli, Fatimah Ani Syahira Zulkifli and Amirah Hanis. “We started Mimpikita because we all wanted something that would reflect us as individuals which is locally made but not too expensive.” 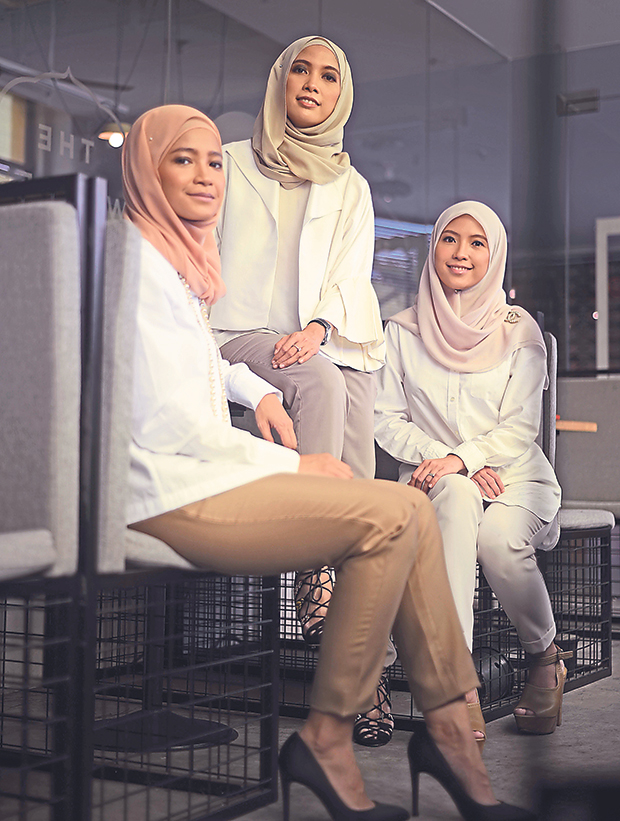 Mimpkita, which means “our dream” in Malay, started out as a virtual blog shop in 2008. Disillusioned by the lack of ready-to-wear fashion on the local scene, the trio decided to start their business in that direction. “Our focus is to design for every woman, clothes they can wear from day to night,” said Nurul who is the eldest. 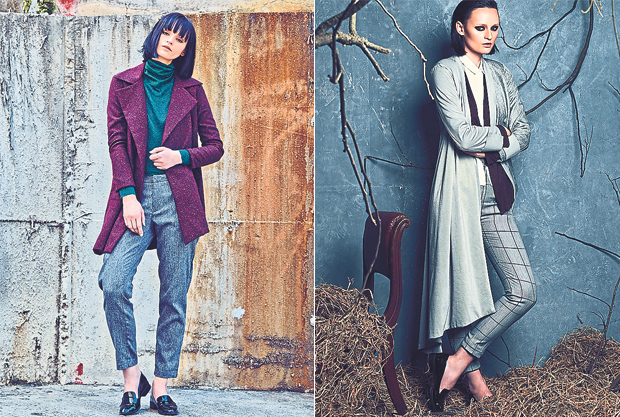 Add a pop of colour to your winter wear with this purple coat and emerald green top (left). Elegant and sophisticated are words used to described this outfit (right) 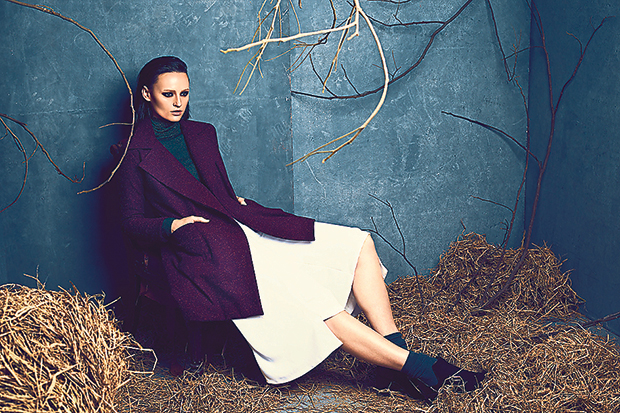 A shot from their Fall/Winter 2015 lookbook

The three sisters admit to being influenced by their parents. Their father being an architect meant a world of art and architecture was open to the trio from their early childhood. “We love travelling and we grew up spending countless holiday breaks on cultural and architectural travels.” With a mother who loves sewing, this meant they were always naturally connected to fashion. “She would experiment with styles and outfits that we wouldn’t have otherwise. Our upbringing has most certainly moulded our creativity and also our work ethic.” All their clothes are made in Malaysia (left). Go formal with either the black or pink dress (right)

That parental influence also stretched to their university studies as Nurul has an engineering background with a Masters in Engineering. She feels that architecture is similar to fashion design and that is why she is Mimpikita’s appointed head designer. As for Syahira and Amirah, they both studied business. In Mimpikita, Amirah looks after their business development while Syahira is in charge of their human resources.

Prior to having their own physical store, the sisters ran their blog shop for a year before asking their parents if they could start their own shop. Since none of them had  any retail experience, their parents encouraged them to venture online first. To build their brand’s presence, Mimpikita also participated in weekend bazaars. 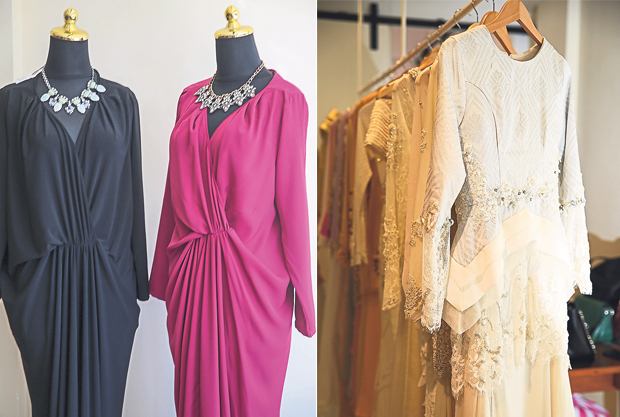 Beading is also part of the embellishments on Mimpikita looks (left). Go formal with either the black or pink dress (right) 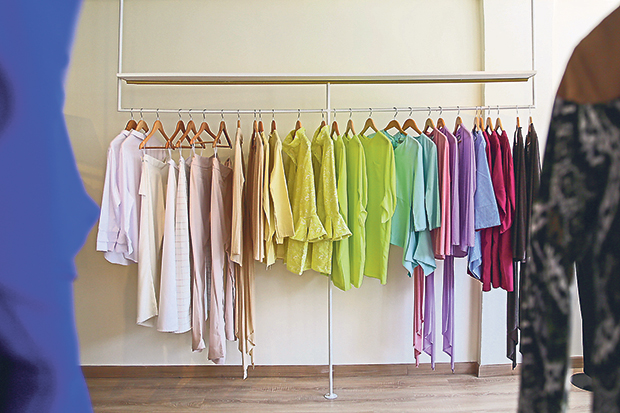 Colour coordinated clothes at their boutique in Bangsar

Eventually after a year, they finally got their own store in Kota Damansara when they struck a deal with their father. Their father had an office in Kota Damansara and he agreed to let them share the space for their boutique. The condition was that they work part-time for him making cookies and hampers for his corporate clients. For the first few months, they didn’t even have any signage for their boutique but through Facebook and word of mouth, they soon had a steady stream of customers buying from their store.

“Within five months, we hit five-digit sales and then my parents were convinced that we could be successful with this business,” said Nurul. Driven by their success in Kota Damansara, she wanted to move the shop to a better location. Her choice was Bangsar since it is a popular spot. They found a house in Bangsar and shared it with their father’s office. The ground floor was the boutique and the top floor was the office. “It was tough but we survived,” said Nurul. Eventually, they made it on their own and they opened their present premises in 2010. 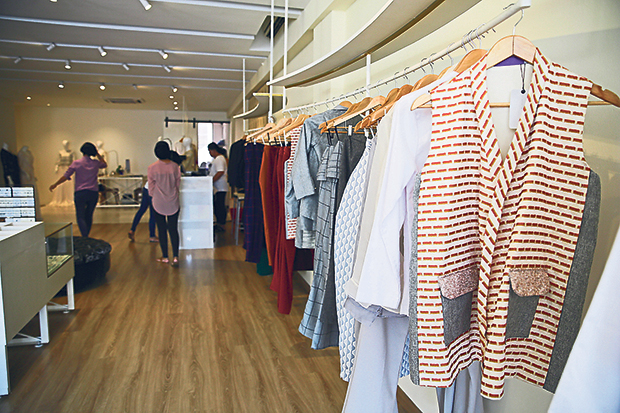 The boutique in Bangsar was not their first physical store

The style of Mimpikita’s clothes can best be described as laid-back with an emphasis on classic cuts and simple silhouettes.  Comfort is also key in their designs. What is amazing is the sisters don’t have any formal fashion training but the vision for their clothes line arose from their own personal taste. “Like most small labels, we started off making clothes just for our friends and ourselves. Having had no formal training in fashion, we started to develop our ethereal, feminine womenswear based on the things we like and would wear.”

The brand is mid- to high-range with prices from RM180 for casual basics and formal wear that can go from RM250 to RM1,000. As for their bridal wear, Mimpikita charges RM3,500 onwards for a gown. Mimpikita used to focus on custom-made wear and bridal wear back then but now it is 50 per cent bridal and 50 per cent ready-to-wear. They also collaborate with Fashion Valet, selling their clothes on the fashion platform.

Every year, they launch three collections: Raya, Spring/Summer and Fall/Winter. “Our inspiration comes from our love for travelling, meeting people and learning about different cultures in a new environment,” said Nurul. The founders of Mimpikita also read magazines and check out social media to be updated on the latest trends. All the clothes are manufactured locally and they are proud that they even designed and created their own textile. “We sketch and design our own print and it is a collectible,” said Nurul. 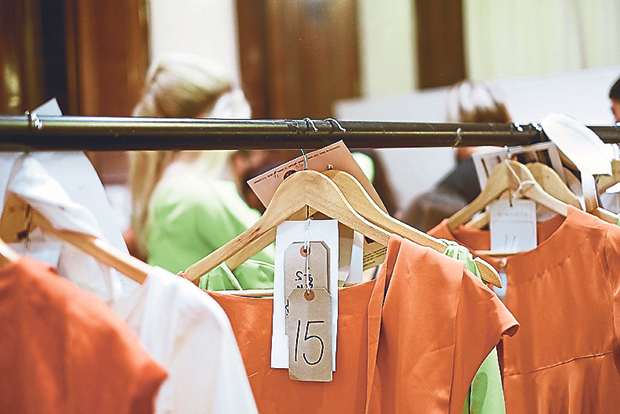 Exciting times for Mimpikita in London 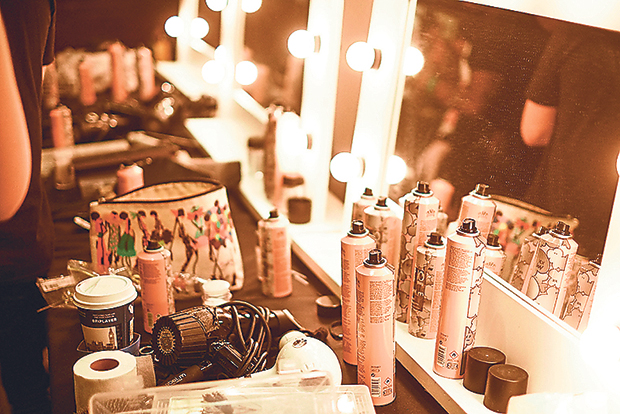 Last year, they debuted their Spring/Summer 2016 collection at LFW, collaborating with homegrown shoemaker Nelissa Hilman who made shoes for their runway show. The path to London was not an easy one for the girls. “Even from the beginning, I wanted our brand to be known internationally. We tried to go to Melbourne and Paris but that didn’t turn out. We also attended a lot of trade shows and we met a few people along the way that helped us get into the London market. We decided to start a global venture in London,” said Nurul.

“It took us two years to bring our brand there,” said Amirah. After doing market research, they managed to get a stockist early last year, a multi-label store called Studio One Twenty. Introducing the brand during LFW brought them opportunities and the sisters decided to form a company, Mimpikita London Limited. “It is focused on training, to have good workmanship because it is hard to enter a market with thousands of brands out there,” said Nurul. 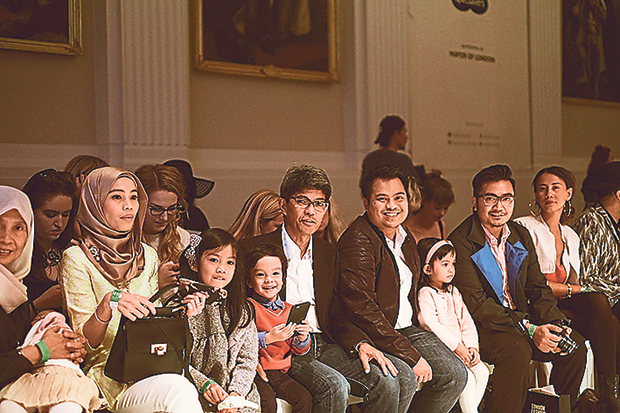 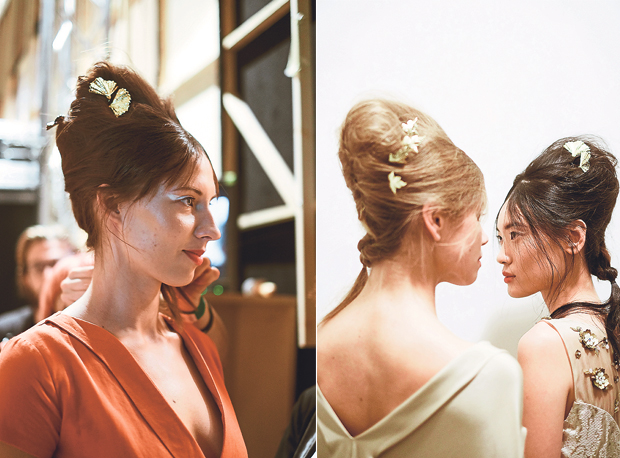 Despite that milestone, they are not resting on their laurels. “It’s tempting to think that success can happen overnight. We always feel like we’re in student mode, regardless of the stage in our brand, we’re still learning and believe we have to continue to learn so much from our debut at LFW.” In the future, they hope to make their mark in London, a city they have grown to love even on its grey and wet days.

This year will be a busy one for Mimpikita. Their goal is to have 10 to 15 stockists by this year. At the end of January, they will release a new bridal collection and by February, they intend to launch their Fall/Winter 2016 collection. In May, Mimpikita will launch their Raya collection. Fans of the brand can also look forward to April when a new offshoot of the Mimpikita brand known as Mkita will be launched. “It is a basic line that complements the Mimpikita pieces,” said Nurul. 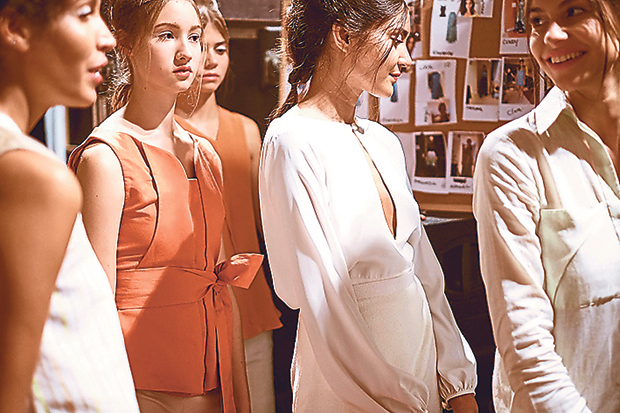 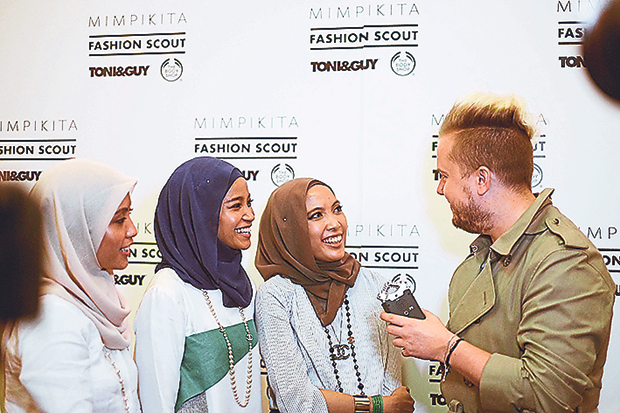 The sisters being interviewed at the London Fashion Week

Mkita and Mimpikita will be in Isetan KLCC in April. As for accessories, the sisters are focusing on their ready-to-wear line first then only will they look into accessories. In August, they will be part of Kuala Lumpur Fashion Week and in September they hope to be part of LFW again, launching their Spring/Summer 2017 collection.

At the rate the sisters are going, it seems that their dreams have already come true.