LONDON, July 27 —  Investment banking doesn’t rank highly on most people’s lists of ethical career choices, but according to one of the world’s most famous living philosophers, becoming a hot shot in finance may be the best way for a bright graduate to help the global poor.

A high earner in the corporate world who is giving away large sums can create more social gain than if they did charity work, said Peter Singer, who teaches at Princeton University.

“If they are able to live modestly and give a lot away, they can save many lives,” he told the Thomson Reuters Foundation.

Singer is part of a movement of donors known as ‘effective altruists’, who demand concrete results from charitable donations, and often come from the business world. Silicon Valley billionaire Elon Musk will address the movement’s global conference at Google headquarters in California in September.

The growing commnity encourages people to give big chunks of their income, typically around ten per cent but in some cases more than half, to charities that alleviate global poverty.

Matt Wage came top of his class at Princeton, where he was taught by Singer. There, he and his friends looked at research which said it costs “around US$3,340 (RM12,755)” to save a life, and Wage looked at how best he could set about helping.

Charity 80,000 Hours, named for the time a typical person spends at work during their life, helps people pursue ethical careers. “Some people have skills that are better suited to earning money than doing good directly,” its website says.

Wage decided this applied to him. He accepted a job, with a fat salary attached, in an arbitrage trading firm on Wall Street, with the explicit purpose of doing what 80,000 Hours calls “earning to give”.

Rather than selling out his ideals on Wall Street, Wage is living up to them, giving around half his pretax salary to charities which, according to his research, are most efficient. “I find it very fulfilling,” said Wage, who is now based in Hong Kong.

Many people give to charities to which they feel a personal connection, but effective altruists are passionately unsentimental, seeking to send their cash where they think it will do the most objective good.

This means focusing their attention on global health charities, targeting sources of misery which can be improved by cheap interventions, rather than looking for expensive cures for developed world diseases or funding arts and culture.

“At the moment there’s a lot of low-hanging fruit in terms of lives that can be saved cheaply,” said Singer. 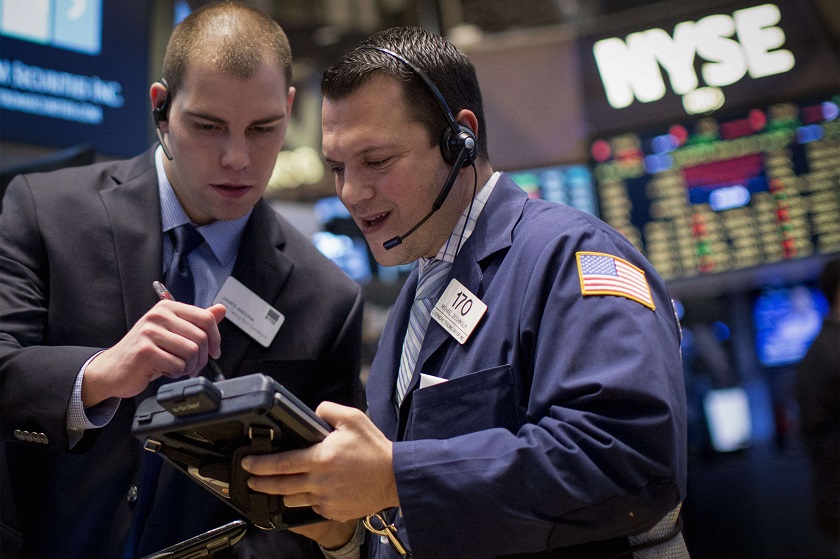 Traders work on the floor of the New York Stock Exchange in this picture released on January 15, 2015. — Reuters pic

The nascent movement already supports a coalition of organizations such as Giving What We Can, founded in 2009, which gets people to pledge ten per cent of pretax income to “effective” causes. The Life You Can Save, set up by Singer, encourages people to pledge to give an amount which proportionally increases with income.

GiveWell, a “metacharity”, crunches through data to try to find the organizations which transform cash donations most efficiently into lives saved, extended or improved.

It currently recommends the Against Malaria Foundation, GiveDirectly, Schistosomiasis Control Initiative, and Deworm the World Initiative as the most effective charities for each dollar spent.

Christopher Smith, 24, works as a strategy consultant in London earning over €50,000 (US$78,000) a year, a career he says he chose for its high earning, and thus giving, potential.

“I did think about working directly in a charitable organization,” he said. “But I do not, or did not when I graduated at least, have the skills that would allow me to do that very well.”

He donates a lot of his monthly salary to groups that fight malarial mosquitoes and parasitic worms in the developing world, living on less than his high-rolling colleagues. “My personal tastes are not particularly lavish,” he said.

“Effective altruists in my experience don’t feel guilty about occasional indulgences,” said Singer. “If they’re doing it in the long run, they have to give themselves a break now and again.”

Aveek Bhattacharya works for the same firm as Smith, joining after completing a masters degree in political philosophy at the University of Oxford.

“I was basically going to default to academia, I was pretty sure I was going to do a PhD when I started my masters,” he told the Thomson Reuters Foundation.

He eventually changed his mind after coming into contact with other effective altruists while studying. “Earning a lot of money is another way of doing good in the world,” he said.

Worried of coming across as “preachy and tiresome,” he was cautious about evangelizing when he started the job, he said, but since then has had a positive reaction when discussing his giving with colleagues.

How to save a life

Holly Morgan has been part of the movement since its early days in Oxford in Britain. She still subscribes to its principles, but is taking a step back for now.

She currently works for Oxfam, one of the world’s biggest charities, but not one recommended by the number crunchers at Givewell. However, she thinks it has advantages over smaller outfits, because of its campaigns and “rights-based” approach.

Inefficient is a “really bad word to use” when talking about charities, she said, as it can alienate people. “I felt a bit trapped between the ivory tower Oxford walls,” she said of her time spent heavily involved with the movement.

“I just had this general feeling that we were quite a young movement, I felt like I needed some real life experience.”

It is hard to know the exact number of people who ascribe to effective altruism, said Singer, although thousands have made the Giving What We Can and Life You Can Save pledges.

“If someone isn’t sure whether to make the jump to effective altruism I would say give it a try, do it for a year, see how you like it,” he said.

“One person I know who’s involved in The Life You Can Save said ‘the life that I saved is my own, because I now really feel that I’ve got a purpose for my life, and its meaningful and I’m happy what I’m doing’,” he said. — Reuters