That’s an old adage and these sayings survive century after century because they’re true. What’s true isn’t necessarily what we see frequently, however.

So when a 23-year-old fresh culinary arts graduate turned down a good position at an award-winning restaurant to strike out on his own, he risked being called a fool rather than fearless.

For Eddie Tan, now 29, the decision to reject the offer to join DB Bistro Moderne at Singapore’s Marina Bay Sands was based on a simple calculation: “I thought to myself that I’d have to work 12 to 14 hours a day being a chef there. Why don’t I take those hours and work hard by building on something for myself instead?” 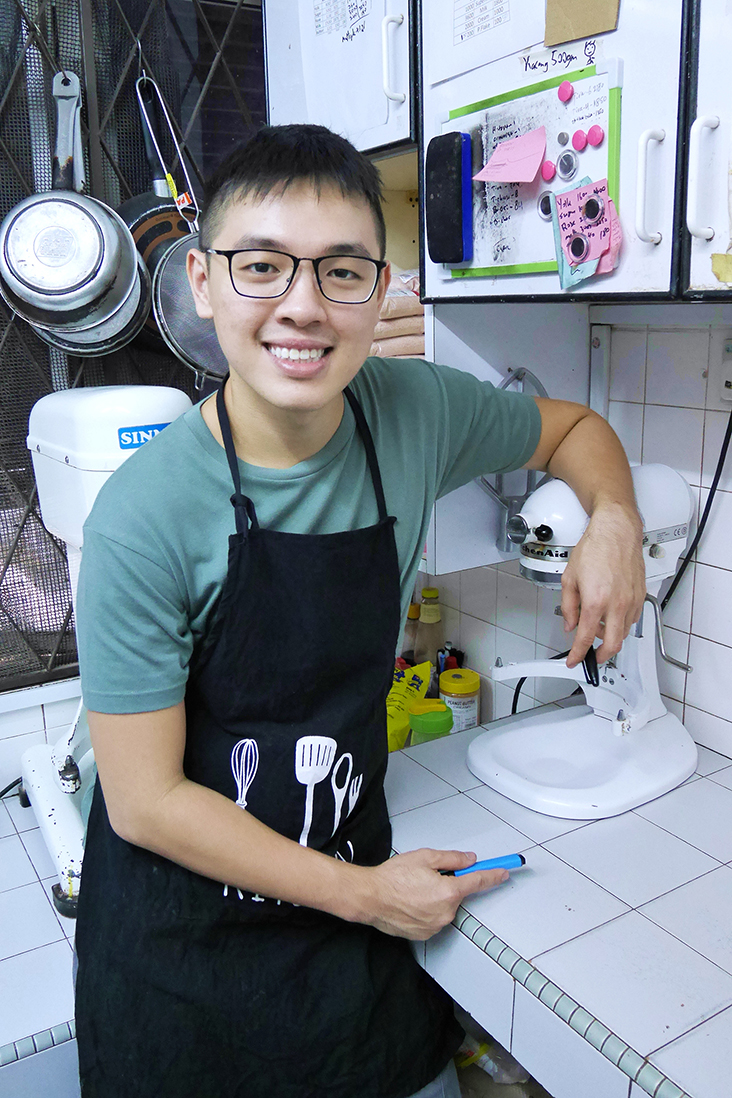 For customers who prefer something less boozy, he also offers non-alcoholic cakes such as Nutella Mille Crêpe for fans of the chocolate hazelnut spread and Green Tea Opera Torte for matcha lovers.

Based in Petaling Jaya, Cake Tella is based on a self pick-up business model, which removes the hassle of managing an outsourced home delivery service as Tan is essentially a one-man show. He also supplies cakes to cafés around Klang Valley such as Rekindle in SS2 and 103 Coffee Workshop in Sri Petaling.

One might consider focusing on alcoholic cakes to be rather niche, limiting one’s potential customer base. Tan disagrees: “Alcohol helps me stand out from the crowd, using the Blue Ocean strategy. Once I realised no one else was doing it aggressively, I thought why not make it my signature? My role model here is Anthony Robbins; his book Awaken The Giant Within opened me up to a whole new world of possibility, of who I can become.” 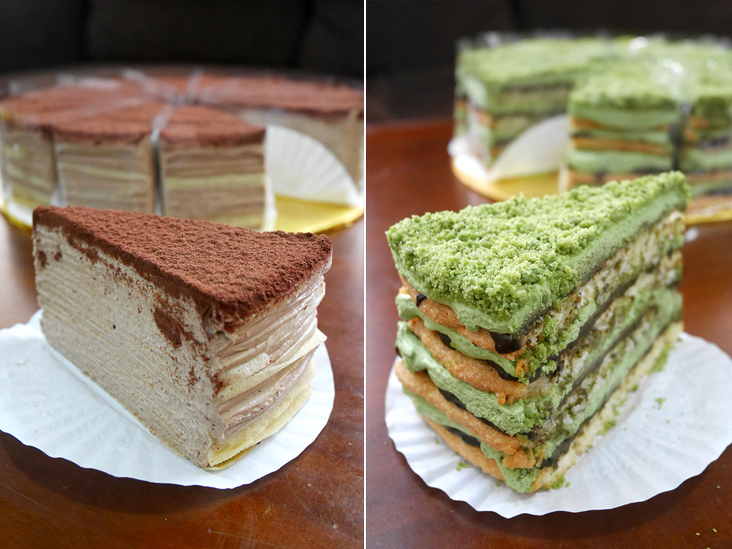 Even giants have to start somewhere, and Tan was more David than Goliath when he began. The youngest in his family, Tan majored in hot cooking whilst studying culinary arts at KDU College.

He recalls, “Back then, it wasn’t a trend yet unlike now. People look down on you if you want to be a chef. Being a chef meant you are stupid or that you can’t study well. My parents gave me a lot of freedom of choice however.”

After graduating, Tan worked at a local restaurant for a few months before his bold decision to turn down the offer to work in Singapore. He says, “I wanted to sell hot pasta from home but there was no food delivery service back then. I didn’t have money to start, I was young without any network, and my parents are not rich. So I had to start small with minimal risk.” 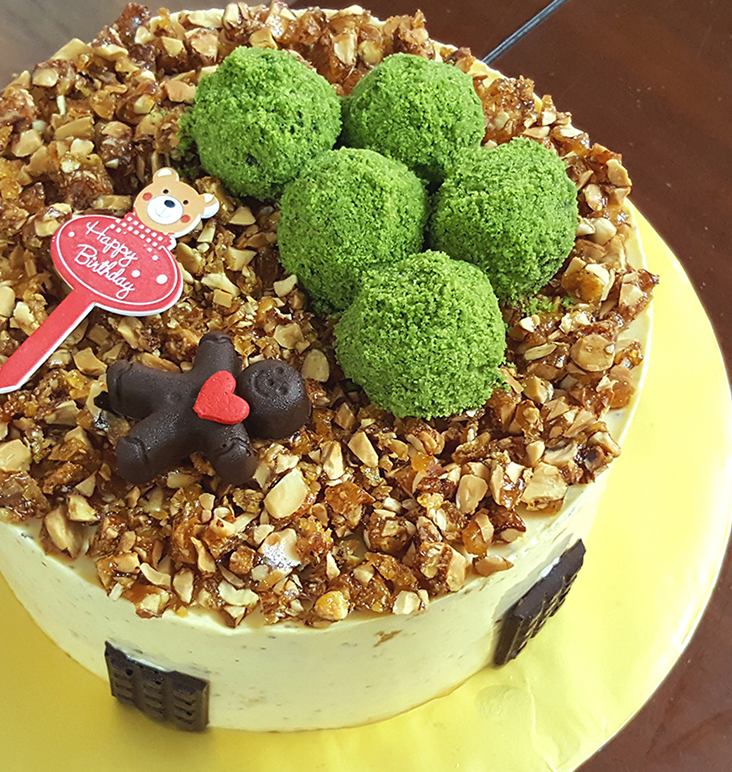 While looking for a business idea with “maximum upside, minimum downside”, Tan stumbled across a couple of home bakers online. He says, “I realised that I could actually do a better job, so to learn how to bake I went out to work at a few bakeries with minimal wage for the sake of learning. On my days off, I’d read a lot of books to study the science of baking.”

Most successful entrepreneurs would tell you that the notion of quitting your job to dive head-first into a start-up is a risk, a very dangerous one. Tan took heed and juggled three jobs while he improved his baking skills and searched for an entry point into what appeared to be a saturated home baking market.

The rise of third wave coffee in Malaysia — and the ensuing mushrooming of specialty coffee bars — was the opportunity Tan needed. He says, “I went around giving cake samples to cafés. Many of them liked my cakes so I first started Cake Tella as a B2B (Business to Business) supplying to cafés. Eventually more people got to know about my cakes, so that’s when the B2C (Business to Consumer) component came in.” 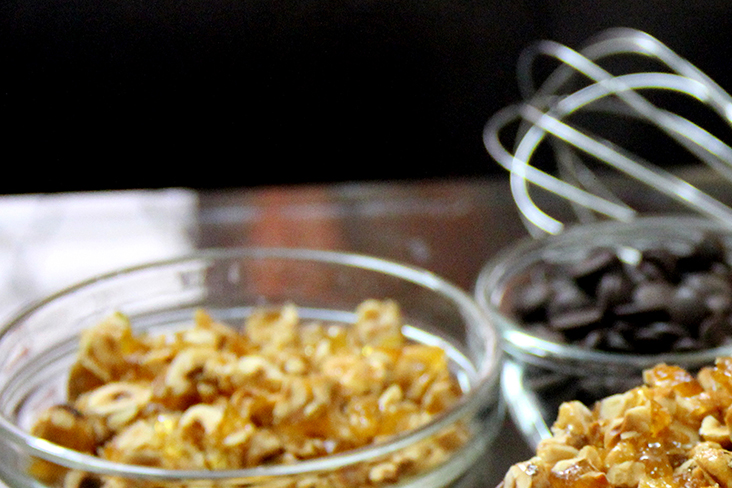 Ingredients such as chocolate chips and various caramelised nuts

Past his cautious testing of the market and continuous research, Tan’s business model for Cake Tella is relatively straightforward. He believes in taking it slow in terms of reaching out to his target customers: “It took a while to build up the brand as I don’t do much marketing. I focus solely on word of mouth: people love to spread news about good food, so one good cake will lead to a few orders, and slowly multiply from there.”

A typical day for Tan sees him starting his morning with a a cup of BulletProof Coffee (the blended coffee and butter elixir favoured by many a Silicon Valley entrepreneur) before planning out the production for the day.

As a believer in the lean start-up philosophy, he makes full use of whatever is available: “I used my mom’s old National hand mixer and her small tiny oven to start doing R&D.” Research and development of new recipes can be as simple as simply eating a lot of cakes, according to Tan. He describes the process of coming up with his two most popular cakes, Baileys Choc Mousse with Caramelised Hazelnut and Kahlua Tiramisu with Caramelised Almonds: “If I like the cake, I will adjust it a little to make it suit my flavour profile. For example, I will choose something common such as chocolate mousse or tiramisu, and add one or two components to it, such as Baileys or Kahlua for flavour and caramelised hazelnuts or almonds for texture.”

Tan strikes one as more of an entrepreneur than a baker and that’s a fine thing. Whatever profession we commit ourselves to — boozy baker, nose-to-tail butcher or artisanal candle maker — we can all be a bit more entrepreneurial. We all have giants within waiting to be awakened.