KUALA LUMPUR, March 31 — While the Running Man cast has already announced their upcoming tour in Malaysia, it seems that another old friend from the show will be coming to the country as well!

Former Running Man star Kang Gary (real name, Kang Hee-gun) is set to hold his first ever solo concert in Malaysia on May 21, 2017 at KL Live.

According to Hype, this was not the rapper’s first visit to Malaysia as he was here in 2015 as a special guest for the Matta fair.

Besides a solo artiste, Gary is also the rapper and lyricist of the hip-hop duo Leessang together with Gil, and he was also one of the regular members of the famous variety show Running Man. 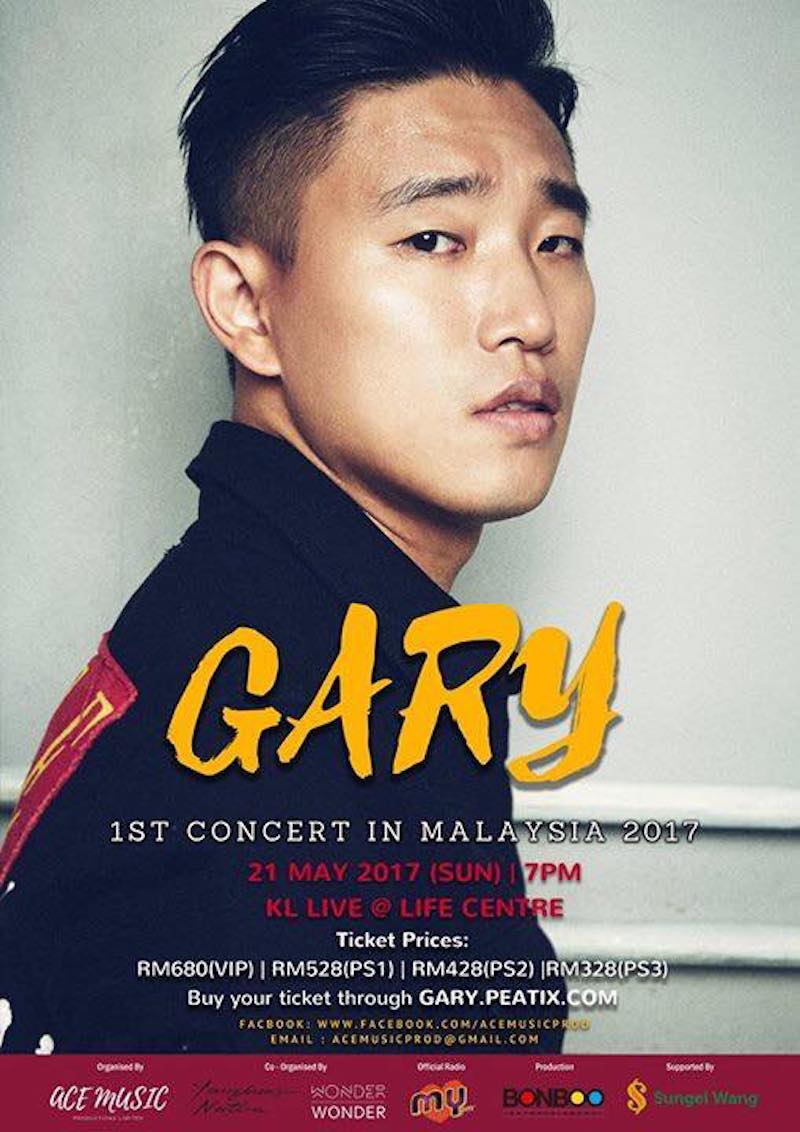 After being with the show for almost seven years, the 39-year-old left Running Man in 2016 to focus on his music career.

The VIP tickets are limited to the first 600 people, and each VIP ticket comes with a chance to either win a Group Photo Session, Hi-Touch Session or Autographed Poster.

Meanwhile, the PS 1 ticket comes with a chance to win Hi-Touch Session and Autographed Poster.