The myth of the Malay spine providing us stability

Thursday, 07 Apr 2022 7:54 AM MYT By Praba Ganesan
Follow us on Instagram, subscribe to our Telegram channel and browser alerts for the latest news you need to know.
By Praba Ganesan

APRIL 7 — At every stage of social advancement when a given society was on the verge of an epoch — what was later self-evident and morally upright — moments before the shift, it appeared impossible to achieve.

The abolishing of slavery, the right for aboriginal communities to be counted as humans, for girls to be in school, for women to vote, for wars to exclude genocide and so on. The counter forces were massive and popular.

To present day audiences they seem aberrations, those objections in the past, how can decent people oppose them on the grounds of culture, religion and ways of life?

But they did object.

However, fortunately, those changes materialised and decades later appeared inevitable. They were not at the time they were realised.

These thoughts fill my head against the backdrop of recent expressions.

Last week, another senator, it must be the time for the obsolete to speak, Khairil Nizam Khirudin, asked for a constitutional amendment to limit the prime minister position to only Muslims. The PAS info chief is at least consistent with his party’s racism.

If Bersatu and PAS do not suffice, DAP enters the room. The new Secretary-General Anthony Loke characterised his position as onerous without dividends. DAP has the most MPs in parliament but presently won’t countenance to name Loke as PM regardless of speculations.

He points to realpolitik and said it would be different if someone like new central committee member Syahredzan Johan was in his place.

Those words centre around a certain contention. 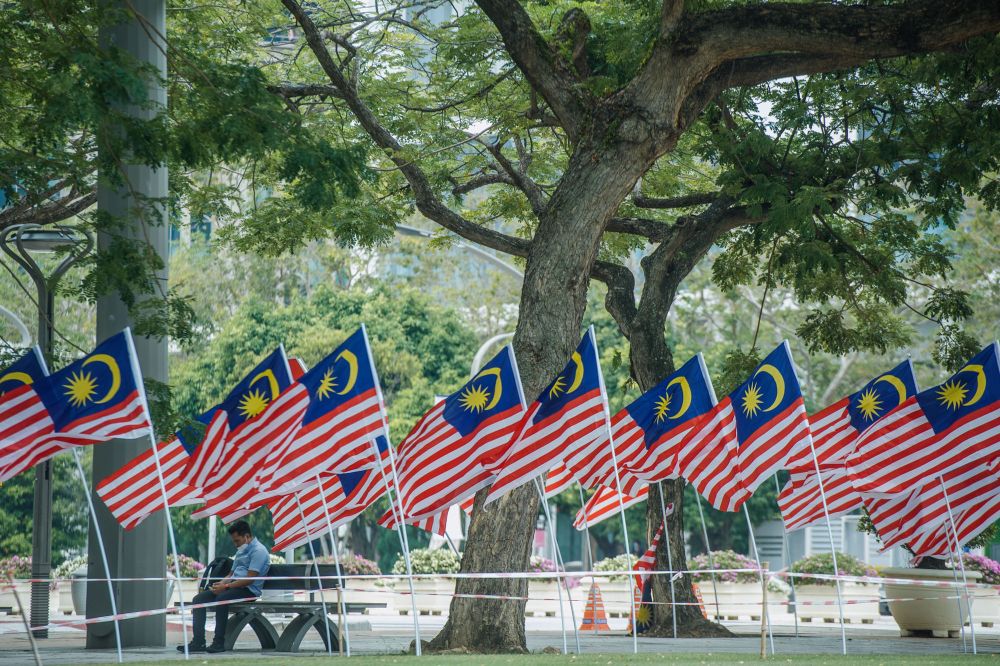 Nation states survive on the basic contention of citizenship as the starting point of official recognition, process of processing rights and benefits and there is equality under the law.

A substantial number of Malaysian leaders believe that is not true. They rather want citizenship to be subject itself to a race test in infinitum.

To converge to a mad, mad belief — even if not widely subscribed to, it is rarely challenged openly — Malaysia’s stability relies on a Malay spine. Which is about the priority of Malays to lead and hold prominence in whatever inside the country regardless of how that impedes the idea of the Malaysian nation-state.

And therefore, all decisions and measures are built around a Malay spine rather than on citizenship.

It holds Malaysia captive and in recent times the paralysis disables the country from moving in any direction. How can a country at war with itself step out of its own insecurities?

There were three separate dimensions in the observations.

First, Fahysal prefers his party rides on the base fears of the people and enjoys the power which comes from representing those fears. Unfortunately for him, two other parties — Umno and Pejuang — contest in the same space. The two recent state elections presage his own exit from government once the next general elections are competed.

Summary: Parties cannot deny the need for a Malay spine therefore better to feed on the feudalism and tribalism rather than lead people up.

Second, Khairil’s view was that since only Malays have been prime minister and there are other arrangements which prioritise Malays, why not just formalise it.

It relegates citizenship behind race. And the Federal Constitution forbids it.

Summary: Since the Malay spine argument is dominant in Malaysia, let’s cement it more regardless of how it may irrevocably separate Malaysians into permanent state-sanctioned classes.

Third, Loke’s utterances are more nuanced. It is no error from him but his sense of resignation that full participation and access is different for Malays and other Malaysians is a cruel admission.

The DAP should ask itself how it can become more Malaysian not by recruiting more Malays but by exhibiting Malaysia in their organisation. As it stands, there’s not enough Malaysia inside DAP.

Summary: Let’s work around the Malay spine contention rather than confront it.

The idea of equality of citizenship is anathema for many of our current politicians when it is exactly what the country stands for as enshrined in our Constitution.

The major flaw of the country is that a long time ago those in power chose to ignore citizenship as the key pillar to realise our common interests and goals.

Instead, they insist on distracting us with race. They consciously ferment insecurities — for Malays to think they’ll be usurped, and for other Malaysians to feel unwelcome in their own country.

No one benefits here. No one is at ease. The reliance on the Malay spine generates opportunity costs as fewer Malaysians want to commit to their own country and persistently hedge their bets.

The loss of the Malay spine is not the absence of Malays in power. It is about inclusivity. It seems a soft phrase but every nation state which abjures it ends in tears.

Politicians must raise standards, not lower them to profit, Fahysal.

Barring citizens by law from any participation is evil, Khairil.

Inclusivity is more layered than a colour test, Loke.

But above all, working all our ideas around the Malay spine myth deprives Malaysia of new solutions. We are a people before races, that is the only way Malaysia can work in the long run. It just seems too difficult to chew for many Malaysians now.

We just need courage to cross the Rubicon together for our collective futures. The window of opportunity otherwise is slowly closing for us.