'Till Death', 'The Vigil' and 'The Night': Three single location genre wonders that will leave you very impressed

Saturday, 10 Jul 2021 9:52 AM MYT By Aidil Rusli
Follow us on Instagram, subscribe to our Telegram channel and browser alerts for the latest news you need to know.
By Aidil Rusli

JULY 10 — One of the things that never fails to impress me when it comes to genre films is how resourceful the filmmakers had to be in order to execute their vision, often working with very low to no budgets and normally having to make do with less than professional and even amateur acting talents.

It is, more often than not, the most hardcore kind of DIY and independent filmmaking applied to tell popular and low-brow stories, therefore needing some really solid filmmaking skills and craftsmanship in order to deliver a good final product.

While the past few years have seen some ambitious genre filmmakers even going as far making one-shot films like La Casa Muda from Uruguay (which was remade in Hollywood as The Silent House), Let’s Scare Julie, Victoria and the little-seen Canadian thriller Broken Mile, a more feasible and budget-friendly option would be to make a film set in very few locations, or even better, a single location.

The most famous of these is surely Buried (in which Ryan Reynolds is trapped inside a coffin throughout the film) and the recent Netflix hit Oxygen (which is basically Buried set in outer space), but there are plenty of other good and relatively obscure examples out there like Pontypool, Frozen, Splinter and Coherence.

As John “Hannibal” Smith used to say in The A-Team, I love it when a plan comes together, and when I saw the latest Megan Fox movie Till Death a few days ago, I knew that it’s time to write about some new single location genre movies that came out in the first half of 2021, so dig in! 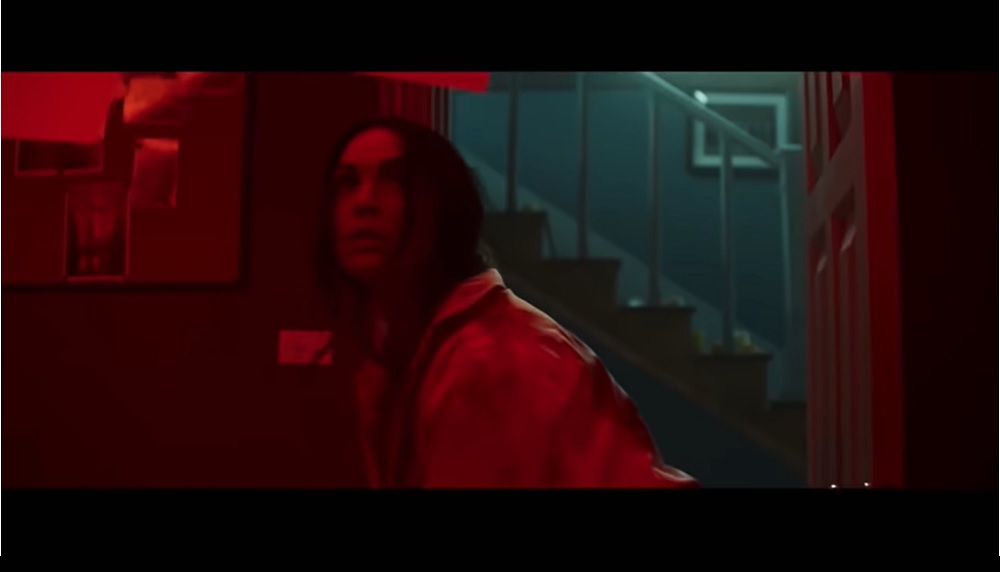 Megan Fox plays Emma, who’s been cheating on her husband and is plagued by guilt because of it, and on the eve of their wedding anniversary, decided to end the affair. — Screen capture via YouTube/ONE Media

Not strictly a single location movie (which applies to all three movies here), as the film’s setup in the first 5 to 10 minutes involved a few other locations as well, but once it settles at its main location at a remote lake house, that’s the only place where all the action occurs afterwards.

This being SK Dale’s feature film directing debut, Megan Fox was the initial draw for me when deciding to dive into this one, which I’m sure will be the case for everyone else checking this movie out as well.

Fox plays Emma, who’s been cheating on her husband and is plagued by guilt because of it, and on the eve of their wedding anniversary, decided to end the affair.

Long story short, as an anniversary surprise, her husband takes her to their lake house after dinner. Waking up the next morning, Emma finds herself handcuffed to her husband, after which her husband promptly shoots himself in the head, with Emma later finding out that the house has been stripped of anything that might let her communicate with the outside world or cut herself loose from her husband.

This being a thriller, of course this is all part of her husband’s grand plan to punish her for her affair, and so begins a tense and thrilling tale of survival as all sorts of twists and turns start to reveal themselves as the plot progresses, and Dale stages everything with exemplary finesse and resourcefulness, making this film a rock-solid calling card for when Hollywood must surely come calling next.

Also using the first few minutes to establish the story at other locations, debuting director Keith Thomas then quickly settles on a single location when its main character Yakov (a superb Dave Davis), a young Hasidic man who’s left ultra-Orthodoxy behind, was asked by a rabbi to become a “shomer” — a Jewish tradition of watching over a body from the time of death until burial — for a recently deceased old man named Mr Litvak, for money of course.

You know what happens when you leave someone with a dead body in a horror film, right?

Set entirely within the house from then on, barring a few moments when he futilely tries to escape and leave it, it is simply outrageous how much suspense and scares Thomas manages to wring out of such a simple setup.

Cleverly using Jewish folklore to tell his story, the film benefits greatly from concepts we’ve rarely seen, perhaps even never seen, in a horror film before, this time of a “mazzik”, which is a demon from Talmudic lore.

This is a superb horror flick about Jewish trauma that seamlessly blends the expected horror thrills with more personal issues regarding Jewish identity, and the never-ending battle between tradition and modernity.

If The Vigil was about the Jewish experience in modern-day America, how neat is it that we’re also served with another immigrant experience, this time of Iranians settling down in the USA, but wrapped up in the form of a horror movie as well.

Debuting director Kourosh Ahari’s film, shot in Los Angeles, in which every department head is Iranian-American and with at least 80 per cent of the dialogue in Farsi, was the first American-made film to be invited to screen commercially in Iran, such is how thickly Iranian it is.

We first meet married couple Babak Naderi (Shahab Hosseini from The Salesman and A Separation) and his wife Neda (Niousha Jafarian) during a dinner with their Iranian friends, and on their drive home they seem to be unable to navigate their way using their GPS, leading them to decide to spend the night at a hotel, which is of course the single location that I’ve been talking about.

Part The Shining and part Barton Fink, Ahari has delivered an outstanding debut film, littered with plenty of superbly effective scares yet unique enough psychologically to stand out from the usual horror pack.

As the Eagles have famously said in Hotel California — you can check out anytime you like, but you can never leave. Haunting.