Leishman: Lying to my wife, and the hope that drove me toward it

Thursday, 02 Jul 2020 9:50 AM MYT By Player's Blog
Follow us on Instagram, subscribe to our Telegram channel and browser alerts for the latest news you need to know.
By Player's Blog

Australia’s Marc Leishman, a five-time PGA TOUR winner, recounts the dark days when his wife Audrey fought for her life in a hospital bed and how the episode led to the establishment of the Begin Again Foundation, which supports families experiencing medical and life crises.

JULY 2 ― It feels like it’s been longer than five years, as so much has happened since 2015. Sometimes it feels like it happened only a year ago. It’s still vivid in my mind.

It was April, and I was in Augusta, Georgia, preparing for the Masters. Back home in Virginia, my wife Audrey, felt like she was coming down with a bad cold. But her temperature didn’t relent after two days, her blood pressure had dropped and her heart was beating 140 times a minute. Normal is between 60 and 100. We rushed her to the hospital as she was unable to breathe on her own. Doctors feared, and ultimately confirmed, that she had sepsis, which is essentially blood poisoning. It happens when an infection you already have somewhere else starts a chain reaction throughout the body.

There were a few moments that stood out to me after rushing back on the first flight home. I couldn’t recognise Audrey after doctors moved her from her stomach onto her back. She looked like a completely different person, her body and face completely swollen. I remember a number of antibiotic bags, with fluids being injected into her. That was probably when I thought the recovery would be a lot longer than I imagined.

When I first met the doctors, they told us there was a very good chance she wasn’t going to survive. I remember going back into the room where Audrey was intubated. She was still conscious and communicating on text message. She asked if she was going to be OK, and I blatantly lied to her. I told her, “Yep, you’re going to be all right. But you’re going to have to fight.”

One of the biggest and most important things in life is hope. I think if I had told her how bad her situation was, she could very well have given up knowing how hard it was going to be, or how small her chances were. I think by just giving someone hope, that’s a big thing. I did think about losing her. It was in my mind. There were three or four days when she looked like she wasn’t going to make it. I hate to say this, but I was almost planning a funeral. When there is a small chance of survival, you do think about bad stuff like that. I was also thinking that if she didn’t make it, I would have to take the kids back to Australia and start a new life there and basically be a dad and a mom.

But things eventually turned around, which was amazing for a lot of reasons. Having Audrey survive, I still have a loving wife who supports me as I’m living out my dream as a golfer, husband and a dad. We are certainly more grateful and appreciative with what we have now. I’m grateful we are all healthy, including our kids. We cherish common moments more, and we soak that kind of stuff in. I feel like maybe previously, there were moments we didn’t realise how good they were at that time.

We are so lucky, as our life right now is happy and healthy. But there are so many people going through things that we went through five years ago when Audrey fell seriously ill. A lot of people don’t make it. To read or hear those stories is a reality check on your perspective. 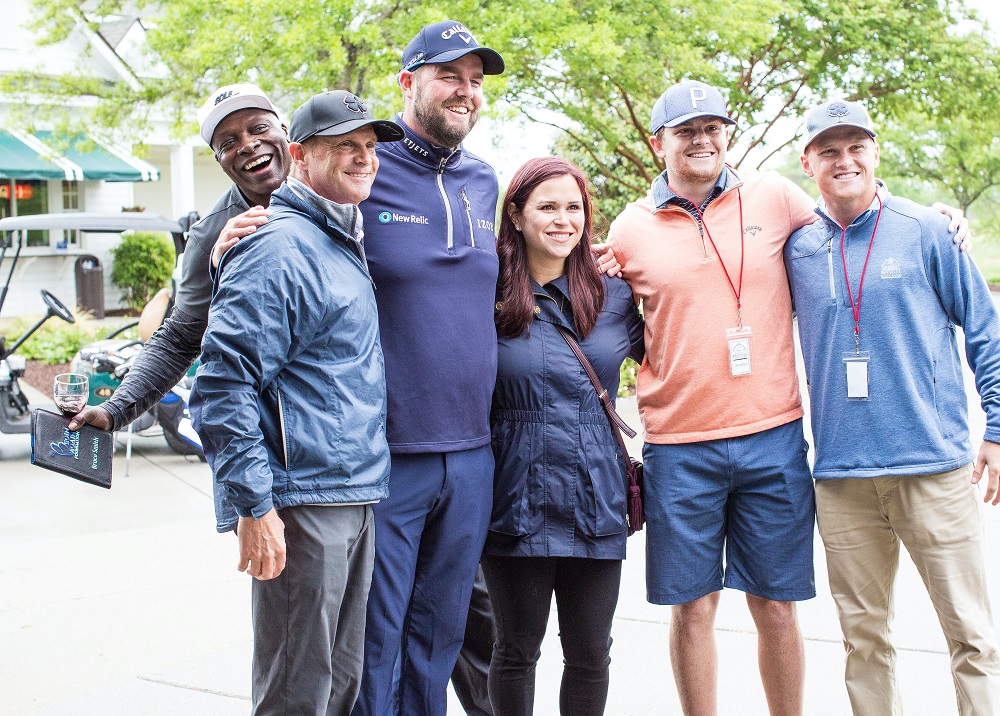 When Audrey fully recovered in 2016, we established the Begin Again Foundation. She has always been keen to help people, as I do, but she’s on a different level. She’s always wanted to be a social worker, but that obviously didn’t end up happening when she met me and started travelling. Helping people is what her life is about. Once we started having kids, being a mom became a full-time job, but I think she had a void in her life. I don’t know if the illness or sepsis chose her, and we certainly prefer to not go through the bad stuff, but it was kind of meant to be as so much good has come out from this experience.

We pretty much knew we were going to help people who are going through the same thing. Audrey and I are lucky and fortunate her medical costs didn’t break us financially. However, it can do that to a lot of families. I can’t imagine trying to recover from a serious illness and then having to worry about paying your mortgage, rent or electricity bills. That’s why we decided to help people, so they can concentrate on getting better. The Foundation has gotten bigger and better, and I think we’ve helped over 3,000 people.

We’ve been fortunate to launch Leishman Lager, which has also helped support the foundation. Bay Back Brewery approached us a few years ago to produce beer to support a benefit we put on, and I guess the brewery didn’t realize how much I enjoy beer! I got really involved with the taste and how it looked. It makes you nervous when you taste your own beer for the first time because you don’t want it to be horrible. But that first sip was amazing as it tasted so good. That one month then turned into six months, and it’s now been over four years that we’ve been producing and selling Leishman Lager, which helps fund the Begin Again Foundation. 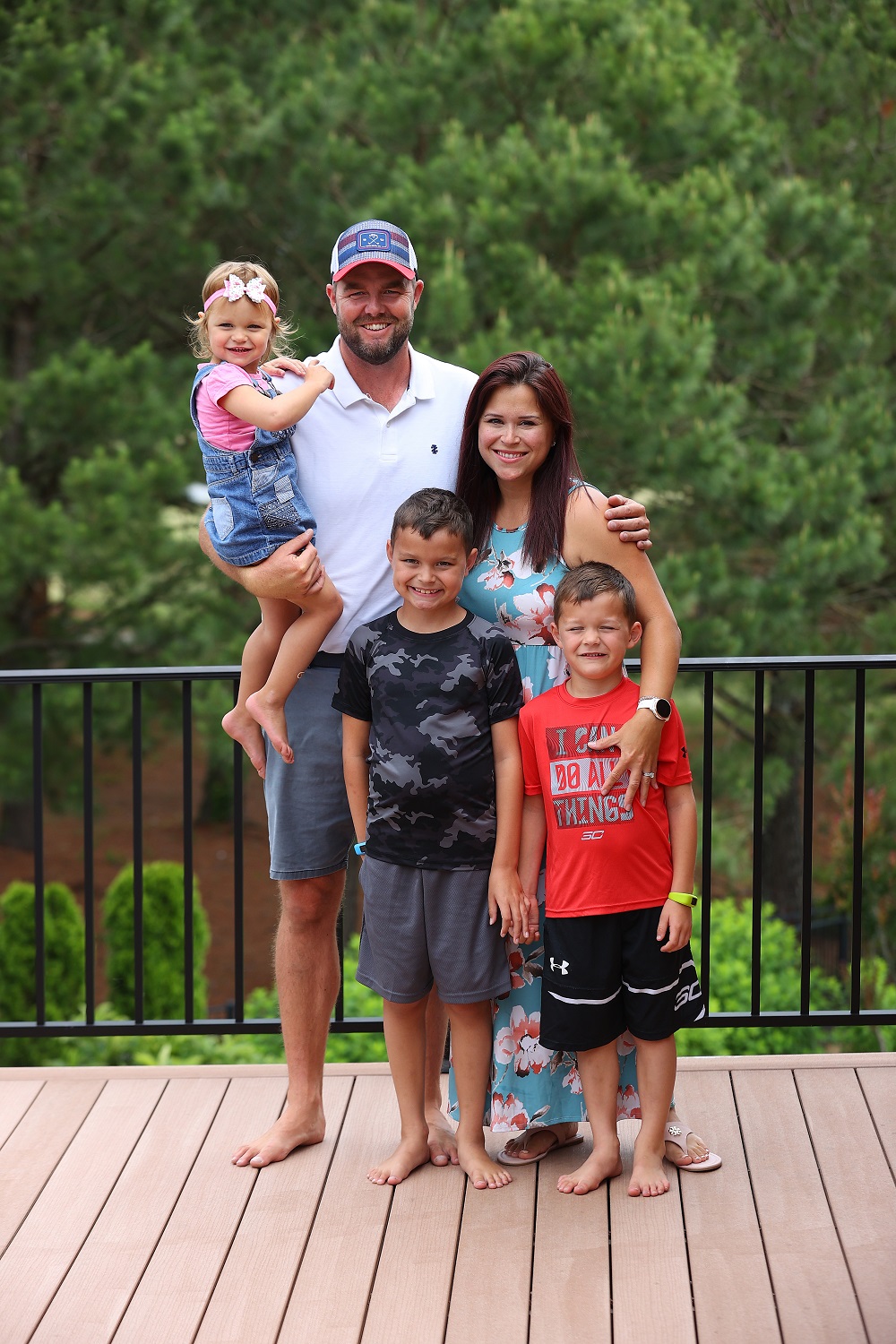 Through the Foundation, we’ve seen both sides of life. We have been lucky to meet both survivors and families who have lost loved ones. Last year, there was a mother whose daughter passed away, and she came to our fundraising gala to share her story about the importance of knowing the symptoms of sepsis. It’s an emotional rollercoaster as you see what people are going through.

I think helping people has helped with my own perspective on golf. Obviously, I want to play great golf all the time, but unfortunately that doesn’t happen. I feel like when things aren’t going well, you can look back on what some of these people are going through and it makes golf so much less relevant. I think that’s helped my golf exponentially, just having that perspective. When you’re growing up as a kid, you think about being successful and maybe one day becoming famous, having lots of money and winning trophies.

But to now have an impact on people, it’s been one of the coolest things I’ve done in my life.

* Note: Australia’s Marc Leishman was the 2009 PGA TOUR Rookie of the Year and has gone on to win five times and played in four Presidents Cups for the International Team. You can watch him and the PGA TOUR on Astro Golf Channel and GOLFTV powered by PGA TOUR.