Sunday, 12 Feb 2017 6:50 AM MYT By Zurairi A.R.
Follow us on Instagram, subscribe to our Telegram channel and browser alerts for the latest news you need to know.
By Zurairi AR

FEBRUARY 12 — The return of convicted serial rapist Selva Kumar Subbiah following deportation from Canada has opened up a can of worms about the way Malaysian men deal with the issue of rape.

While Malaysian women were understandably worried, some of their male counterparts, most of them youths, had instead showed their ugly faces as rape apologists.

A few comments made on social media mocked women for their worry, claiming they have no right to complain about rape when they themselves choose to dress sexily and act sluttily.

Some claimed that even fathers will be drawn to rape their own sexy daughters. Others admitted they themselves are capable of rape against sexy women.

Some were baffled that women complained of rape when they themselves commit illicit sexual acts. Do you not enjoy rape too? they asked.

Many think that Selva Kumar’s return is a blessing so that women will now cover themselves up and be more careful for fear of getting raped. 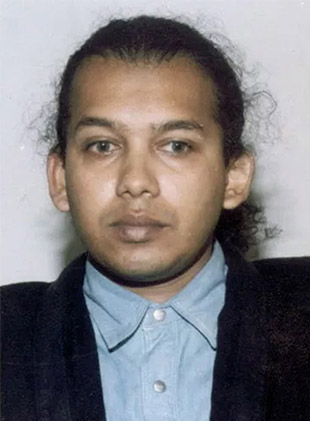 The return of convicted serial rapist Selva Kumar Subbiah has shone a light on attitudes towards rape. — Picture courtesy of Toronto Sun

Surely by now many of you readers understand how this is problematic. But I believe that in reality, many of our youths do not see this as such and that is the real problem.

Of course, this is hardly just anecdotal. A recent survey on sexual and reproductive health among 1,071 Malaysian youths by condom brand Durex between June and October 2015 showed that rape myths are sadly prevalent.

As high as 82 per cent of those polled incorrectly believe that rape happens because of uncontrolled sexual urges when it is usually an act of power and control that is often premeditated.

More than half the respondents, at 56 per cent, believe that rape is more likely to happen to those in sexually arousing clothes. While 53 per cent of male respondents agreed to this, 58 per cent of women actually believed it too.

In addition, 34 per cent of those polled did not realise the importance of consent before having sex, while more than half of those who are sexually active admitted that their first sexual experience was unexpected or unplanned.

There are several reasons why rape culture is prevalent in Malaysia, a topic which has been explored in depth in academia, women’s right activism, and feminist circles, so I hardly am the first person to bring this up.

However, my take is that the skewed perception of rape and its correlation with sex came from the fetishisation of marriage, or specifically the solemnisation part called “nikah”, as making sex “halal”, or allowed in Islam. After all, the word “nikah” itself literally means “sexual intercourse.”

What this implies is that sex, or rather consent to sex from females, is automatically granted when she becomes the “property” of men, the husband. And this can be achieved in exchange of material means, symbolised by the dowry — both the “mahr” or “mas kahwin”, and the gifts of “hantaran.”

This is reflected in Malaysia’s refusal to acknowledge rape among married couples, in both civil and Shariah laws. And who can forget Perak mufti Harussani Zakaria for appropriating a hadith by Prophet Muhammad that wives must give husbands sex, even “when on backs of camels”?

Marriage also plays a part in the cover-up of statutory rape, with child marriages allowed with consent from Shariah and native courts.

Added to this is the criminalisation of consensual sex among adults in Shariah law as “zina”, or illicit sex that includes adultery. As a result, sexual acts are not distinguished between consensual and not, but rather as allowed versus forbidden — so you have adherents conflating non-consensual rape and consensual sex, since they are both forbidden.

Rampant Islamisation plays a big part in cultivating the mentality of victim-blaming, in their obsession to spread the wearing of tudung, or headscarves, among Malay women — a practice that did not really catch on until the end of the 70s, according to University of Malaya’s Gender Studies senior lecturer Alicia Izharuddin.

By insisting that covering up prevents sexual harassment and rape, the fault for sexual crimes was shifted towards the victims instead.

All in all, the prevalence of rape culture and the sad state of sexual health knowledge among Malaysian youths demonstrate the utter failure of promoting abstinence as prevention. I must state that this is not unique to the Muslim community — this similarly occurs in conservative Asian communities, and those of other religions.

But despair not. While to fix this would require a complete overhaul of our sex education and a reform of how religion approaches sex, I believe men — especially fathers — can play a role in curbing rape, as it is undeniably a predominantly male issue.

Here are some steps that us fathers can take, adapted from a guide by Washington-based initiative Men Can Stop Rape:

1. Teach sons to not ever have sex with anyone against their will, no matter what. And for daughters not to have sex if they do not want it, ever — their bodies belong to themselves and nobody else.

2. Be aware of your language, especially when spoken by those with power over others. Do not put down women as inferior and less than human. Dismiss behaviours that treat wives as slaves, instead of an equal partner deserving of respect and love.

3. Do not dismiss complaints by your daughters, in favour of others especially men. Listen to them. Never blame them if they get sexually harassed.

4. Speak out against those who perpetuate rape culture. Call out rape jokes. Do not stay silent against rape apologists.

5. Fight oppressions. Rape feeds off many other forms of prejudice besides sexism — like racism, religious discrimination, homophobia, transphobia. Support everyone’s equality, and perpetuate the notion that no one group of people is superior over others.

Rape is not trivial. Women’s Centre for Change of Penang estimated that every 35 minutes, a woman in Malaysia is being raped. And this will hardly stop as long as we have rapists in our midst, in thoughts if not in action. Weed them out, for a better future for our sons and daughters.