A 3D printed oil pump jack is seen in front of displayed Opec logo in this illustration picture, April 14, 2020. — Reuters pic
Follow us on Instagram, subscribe to our Telegram channel and browser alerts for the latest news you need to know. 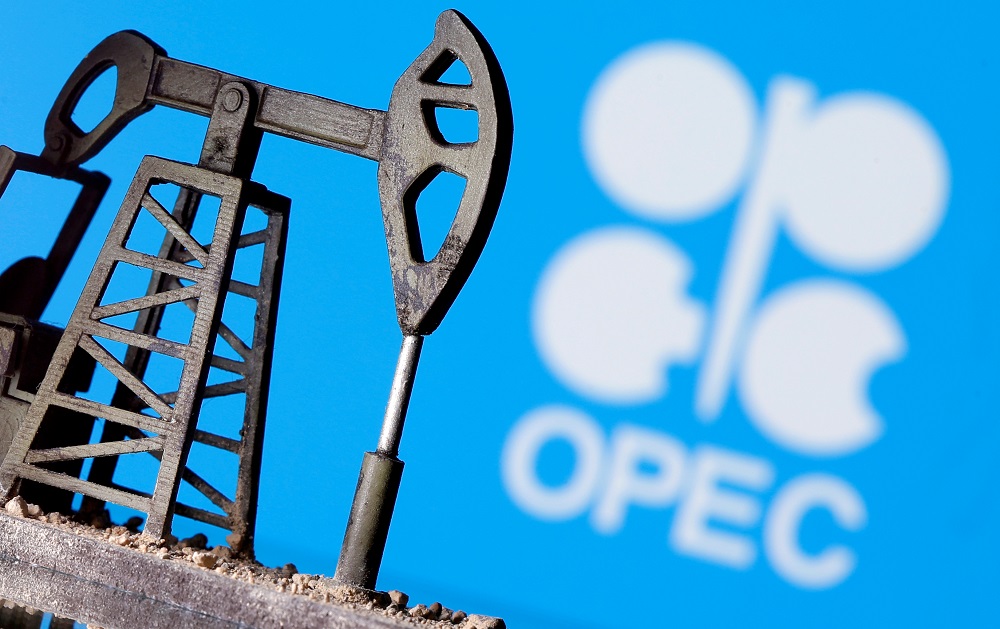 , Nov 11 — Top representatives of the oil producer group Opec defended a future role for fossil fuels at the UN climate conference on Wednesday, arguing the world can slash greenhouse gas emissions without swearing off oil and gas.

The arguments clashed with the efforts of the summit’s British hosts to secure ambitious pledges from world governments to tackle climate change by cutting fossil fuel consumption, as negotiators entered the final days of talks.

“It is imperative that we recognise the diversity of climate solutions, and the importance of emissions ... without any bias towards or against any particular source of energy,” Saudi Arabian Energy Minister Prince Abdulaziz bin Salman Al-Saud said in a speech to the conference.

“The narrative that the energy transition is from oil and other fossil fuels to renewables is misleading,” Opec Secretary General Mohammed Barkindo of Nigeria said.

Advocates of oil, gas and coal have long argued that technologies like carbon capture and sequestration — in which emissions are captured and stored underground — can allow economies to to keep burning fossils.

Climate activists reject that, saying such technology is expensive, unproven at scale, and only provide cover to polluting industries to continue operating.

Several officials involved in the Glasgow talks told Reuters Saudi Arabia had been obstructing the progress of negotiations toward a strong deal at the conference, including by using procedural delay tactics, which Prince Abdulaziz denied.

“What you’ve been hearing is a false allegation, and a cheat and a lie,” Prince Abdulaziz told Reuters.

Prince Abdulaziz told delegates that negotiators should be “conscious of the special circumstances of the less developed countries”, some of which have been resisting calls for aggressive moves away from fossil fuels because of the economic costs.

Barkindo, speaking to Reuters later in the day, echoed the point, saying he believed a rapid transition away from oil and gas was impractical and potentially damaging to poor countries and the global economy.

“To date, I have not heard from any rational source whether we have plans, concrete plans, and a roadmap, to replace two sources of energy, oil and gas, in the global energy mix,” he said, pointing out that oil and gas account for more than half of the world’ energy consumption.

He said technology could help the world continue to use oil and gas by tackling the emissions from combusing it.

Asked what technology he was refering to, he said: “Many, many technologies in the incubator, some of them are being tested.” — Reuters