Diver who discovered ‘Blue Ring Hole’ in Lahad Datu disagrees with Motac’s use of ‘blue hole’, says site is not a ‘new discovery’

File photo of the Blue Rings Reef off Silam waters in Lahad Datu that was discovered by Glen and his team back in 2017. — Photo courtesy of Pirate Divers.
Follow us on Instagram, subscribe to our Telegram channel and browser alerts for the latest news you need to know.

LAHAD DATU, May 1 — A local tour operator, Glen Hapirulla, has expressed regret over the government’s announcement to name “Blue Ring Hole”, which actually refers to the “Blue Ring Reef” that he had discovered back in 2017, as the country’s new tourism product.

“The use of the name ‘blue hole’ is inappropriate because it can confuse foreign divers who will compare it with blue holes from other countries.

“Generally ‘blue hole’ refers to a perforated seabed surface structure with a drastic depth reaching 100m such as “The Blue Hole of Belize” as opposed to the Blue Ring Reef which has a depth of only 24m.

“The discovery of the Blue Ring Reef has long been promoted since 2017 and was brought to the international stage by the former Minister of Tourism who is also from Lahad Datu.

“I think it is inappropriate to promote this product as a new discovery by the ministry, but instead continue to promote the uniqueness of the seabed along with the more than 60 dive sites in the area should be given more attention. 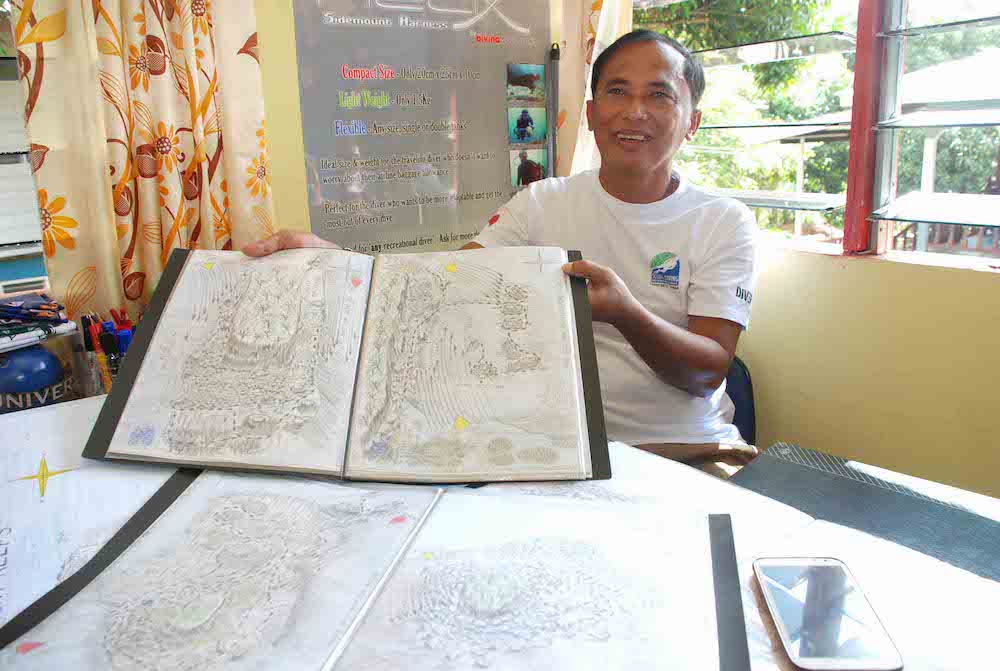 “The ministry should go down to the ground and experience scuba diving to fully understand the potential of the diving industry in Lahad Datu as was done back in 2017 through the ‘End In Sipadan Diving Trail’ program which had also raised Teluk Silam as one of the stopover destinations in Sabah,” said Glen in his social media page.

The Ministry of Tourism, Arts and Culture, on April 28 announced an iconic scuba diving spot at the Tingkayu Reef, Teluk Darvel, in Lahad Datu as the country’s new tourism product.

But Glen, the operator of Lahad Datu Pirate Divers, was said to be the first person who made the discovery of the Blue Ring Reef with his team back in 2017 while exploring new dive sites in Silam waters.

The dive site was sketched, mapped and named “Blue Rings Reef” by Glen and Pirate Divers back then, instead of the blue holes as reported.

Meanwhile, Pirate Divers has shown fluctuating performance with the tourism industry over the past 10 years by exploring over 60 scuba diving sites leading to the discovery of Blue Ring Reef.

Glen also hopes the ministry would recognise small-scale dive operators and assist them especially during the Covid-19 pandemic that had seen many businesses forced to close due to financial constraints.

“I also hope that tour operators like us are given the opportunity to enjoy the new incentives announced by the Ministry of Tourism. However, the conditions of the application stated are not in favour to small entrepreneurs like us.

“Why isn’t commitment one of the main criteria?

“Wouldn’t it be fair if we were given a little incentive for our commitment and efforts all this while?”

“Anywhere, I will continue to explore this seabed with the help and support of divers and other friends, because the Blue Ring Reef is not the only unique structure in Lahad Datu.

“This is also one of the efforts to remove the bad perception of Lahad Datu as an area considered unsafe by foreign tourists,” he said. — Borneo Post