New Sin Yew (right) said he had been asked to give a statement at IPD Dang Wangi next week. — Picture by Miera Zulyana
Follow us on Instagram, subscribe to our Telegram channel and browser alerts for the latest news you need to know.
By KEERTAN AYAMANY

In a Facebook post, New added that lawyer Yohendra Nadarajan, who took part in the event, has also been called up to give his statement to the police.

“I have been asked to provide my statement at IPD Dang Wangi (Dang Wangi district police headquarters) next week,” New said. 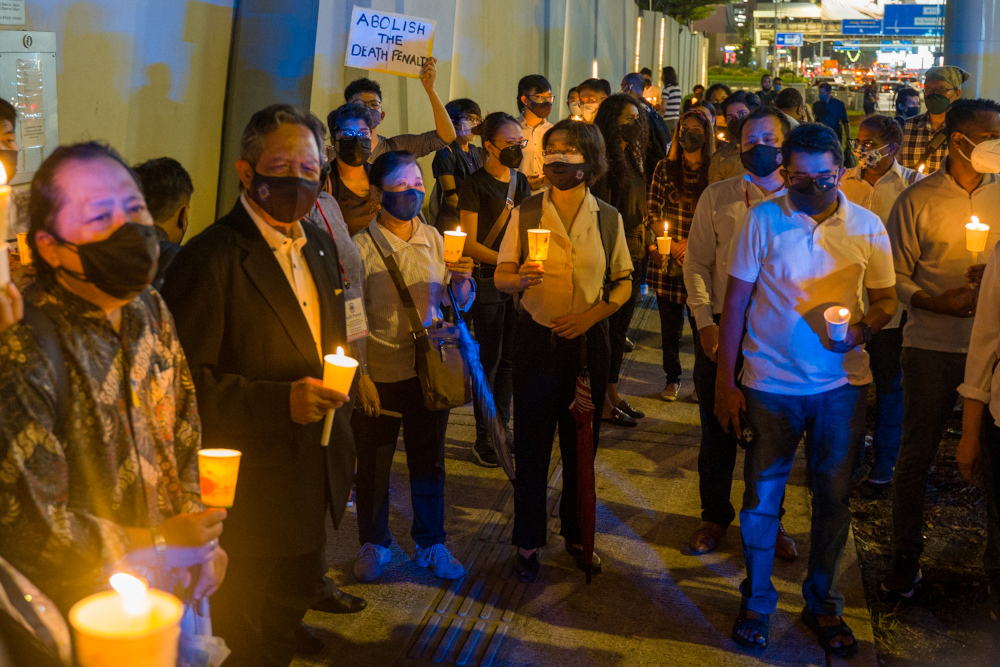 The vigil began at 8.30pm when around 40 people walked from the side entrance of the Singapore embassy holding makeshift candle holders made out of plastic cups. — Picture By Devan Manuel

The candlelight vigil was organised by members of the Malaysian Bar and held in front of the Singapore High Commission here, as a show of support for Nagaenthran who was convicted in 2009.

Nagaenthran, 33, had trafficked 42.72g of heroin into Singapore, which is known for having some of the world’s toughest laws against illegal drugs.

AFP had on March 29 reported that Nagaenthran supporters had said he has an IQ of 69 and his family argued he has — a level recognised as a disability — and was coerced into committing the crime.

His case has attracted international attention, with Malaysia’s prime minister, a group of UN experts and British billionaire Richard Branson among those who have called on Singapore to commute his death sentence.