As Malaysians look to dine out more at restaurants and cafes in 2022, businesses hamstrung by staff shortage

Patrons are seen here having their meals at a shopping mall in Kuala Lumpur during lunch hour. — Picture by Shafwan Zaidon
Follow us on Instagram, subscribe to our Telegram channel and browser alerts for the latest news you need to know.

GEORGE TOWN, Jan 24 — The services and hospitality industry is now seeing more business as their customer base increases in the new year, but this hike in business is not translating to an increase in profits and revenues.

Instead, some in the industry told Malay Mail many businesses have to contend with higher overhead costs due to shortage of workers and hikes in prices of raw ingredients.

Malaysian Association of Hotels Penang chapter chairman Raj Kumar said hotels have been trying to hire locals in these past months to cope with an increase in guests especially in November and December.

"It is not easy to get locals to work in this industry especially in 3D jobs such as housekeeping, gardening and cleaning," he told Malay Mail when contacted recently.

These “3D jobs” refer to work that is considered “dirty, dangerous and difficult”. 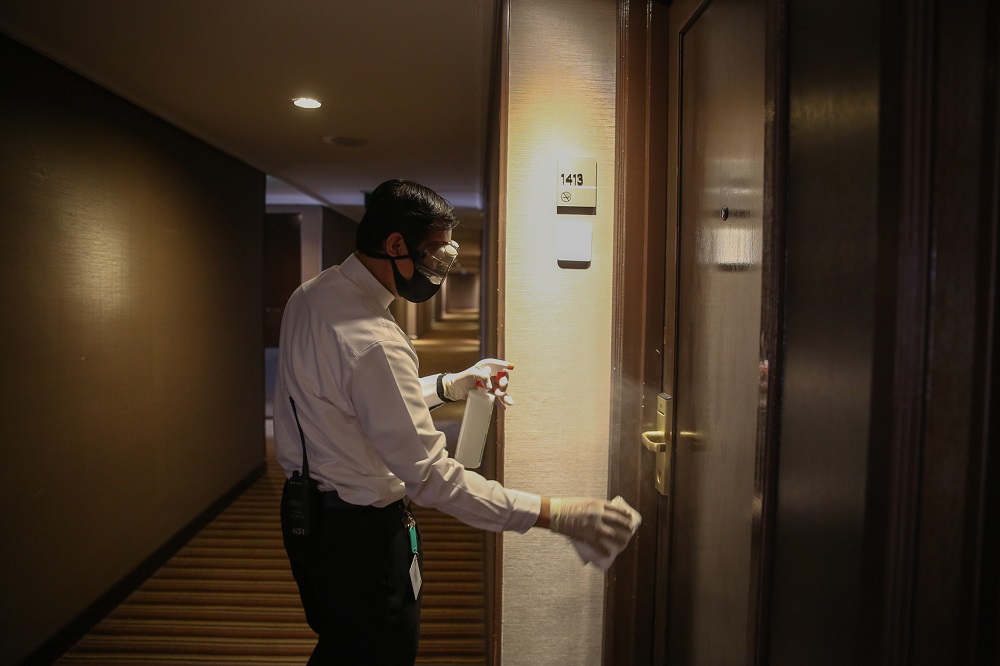 A hotel employee disinfects a room at a hotel in Shah Alam June 9, 2020. — Picture by Yusof Mat Isa

He said the salary of foreign workers, who are already based here, has also increased to RM1,800 per month, which brings up the overhead costs for hotels.

"If we are shorthanded, especially in housekeeping, the hotel will not be able to open up all of its rooms for business," he said.

He said if one person in housekeeping does not turn up for work one day, it would mean 15 rooms will not be cleaned on that day.

"The hotels will have to plan out how to keep an efficient room cleaning schedule to be able to cope with the shortage of workers," he said.

He hopes the situation will improve in March, when they are able to apply for the recruitment of foreign workers after February 15.

On top of that, he said the prices of raw ingredients such as vegetables, rice and poultry have also increased by 20 to 40 per cent.

"Even linen washing services have increased up to 20 per cent," he said.

He said all these increases in costs of labour, ingredients and supporting services only drive the hotels' overhead costs up but the hotels were unable to hike up their prices.

"If the hotels were to increase their prices, customers would complain so we have no choice but to bear the higher overhead costs and record very low-profit margins," he said. 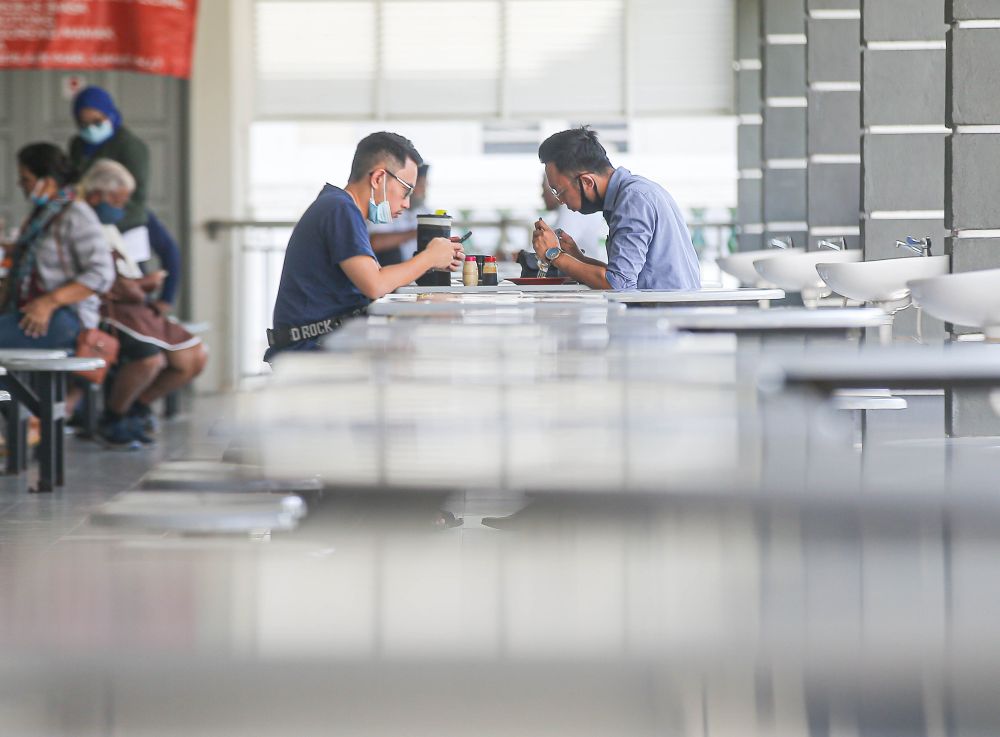 Restaurants and cafes are also similarly affected by a shortage of workers, which led to shorter operation hours, a limit on customers and revised menus.

In recent weeks, these businesses have been increasingly posting updates on their social media accounts, apologising for abrupt closures of their kitchens for a few days or limited food and beverage offerings.

In some cases, certain shops have shaved off more than a few hours of their operating times, shuttering as early as 8pm.

Nor Azmy Mohd Aziz, owner of Mami Sri Tanjung in Sungai Buloh, Selangor said he has to cut short his restaurant's business hours due to the shortage of workers.

Previously the restaurant would open from 7am to midnight but now he has to close his restaurant by 10pm.

"I only have a limited staff working for me now, and they work from morning till night," he told Malay Mail, adding that the workers get a three and a half-hour break in between while he takes over to take orders, clean and man the cashier counter.

Nor Azmy said his restaurant is not the only one facing this issue as other eateries in the area are also facing the same labour shortage, with one of them on the brink of closure.

He said a friend, who owns a mamak shop nearby, has to cut his business hours from 24 hours to 12 hours.

"He even came to me asking for help, asking if he could borrow a worker or two to work at his shop. I told him I couldn't, because I'm facing the same issue," he said.

Over in Penang, Nona Bali restaurant owner Pete Tait said he had to work double shifts to cover the shortage of workers.

He said this had badly affected his business as they have to turn away bookings that they are unable to cope with.

Even famed nasi kandar restaurant, Hameediyah, is facing a shortage of workers in all of its branches and main restaurant in George Town. 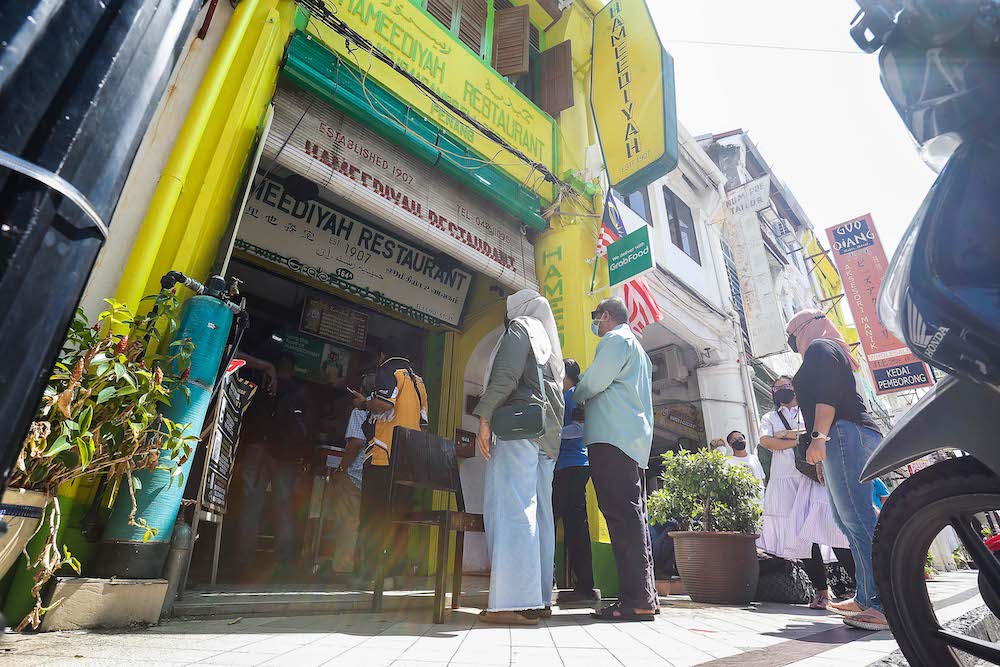 Customers wait for their turn to be served at Hameediyah Nasi Kandar in George Town, Penang October 22, 2021. — Picture by Sayuti Zainudin

"We have to shorten our business hours too and due to this, we have seen a drop in business by 10 to 20 per cent," he said.

Long queues often form outside the restaurant along Campbell Street in George Town from early morning till late night, as customers to be seated inside.

The long queues and wait were partly attributed to the shortage of staff.

Mohd Riyazz said the restaurant is open to hiring locals but Malaysians are usually not interested.

"We reduced the menu items a bit and controlled the number of bookings," he said.

Since the existing workers will have to work extra hours, he said any extra cash will be channelled to the workers for overtime payment.

The government has allowed the application for the recruitment of foreign workers for permitted sectors from February 15 onwards.