With law overturned in the US, what’s the legal status of abortion in Malaysia?

Report: Elon Musk had twins last year with one of his top executives

In Penang, a showcase of Peranakan heritage at ‘Kam Cheng’ exhibition in Seven Terraces

People receive their pre-treatment consultation before getting their Covid-19 vaccine jab, at the mega vaccination centre located at UiTM in Puncak Alam June 7, 2021. — Picture by Yusof Mat Isa
Follow us on Instagram, subscribe to our Telegram channel and browser alerts for the latest news you need to know.
By KEERTAN AYAMANY

KUALA LUMPUR, Dec 26 — The availability of a vaccine to the dreaded SARS-CoV-2 virus in 2021 was like a light at the end of a very dark tunnel that had been 2020, the year of the pandemic.

But for Malaysia, the light that 2021 brought at the start of the year was very dim. Just 12 days into the new year, Yang di-Pertuan Agong Al-Sultan Abdullah Ri’ayatuddin Al-Mustafa Billah Shah proclaimed a nationwide Emergency to arrest the large-scale spread of the coronavirus, triggered by the Sabah state election in September 2020.

To face the rising threat, the government then led by Tan Sri Muhyiddin Yassin announced on January 18 its quest to achieve “herd immunity” against Covid-19.

The goal at that time was to get 80 per cent of the country’s approximately 33 million people fully vaccinated, with the deadline set for the end of March 2022.

The first batch of vaccines arrived in the country on February 21, to a mix of trepidation and enthusiasm. While many were eager to get their jabs, there were just as many with qualms prompting Muhyiddin to offer himself up for the first shot on February 23, kickstarting the National Covid-19 Immunisation Programme (NIP). 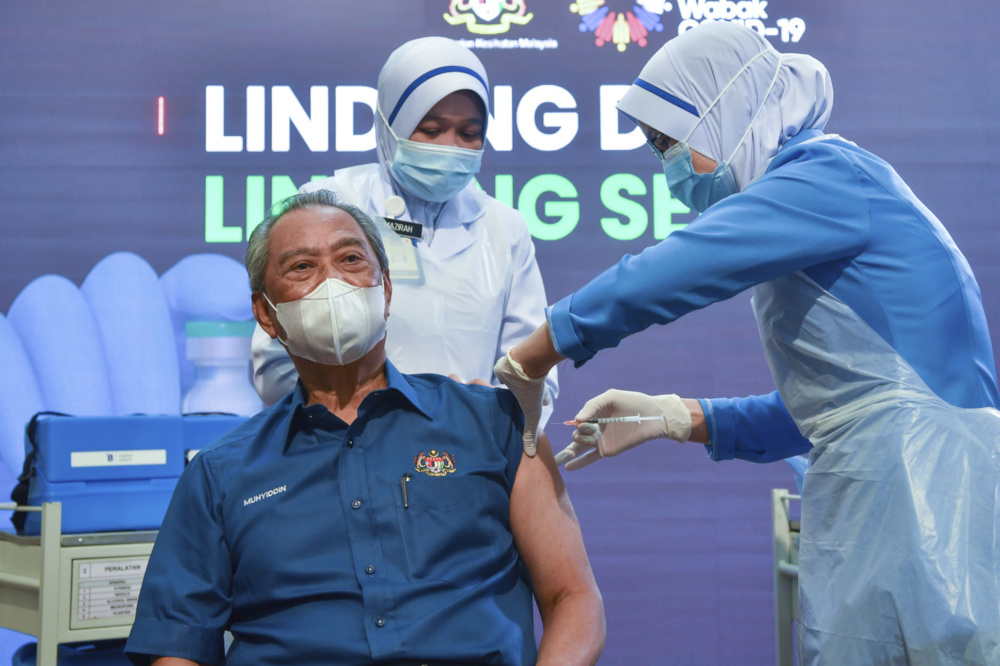 Ten months later, over 78 per cent of Malaysia’s total population has been vaccinated.

But the vaccine race is not over. As the virus mutates, spawning more infectious and deadly variants of concern, the World Health Organization (WHO) and the Malaysian government is spurring people to go for booster shots even as some countries around the world struggle to get their first supplies of the vaccines.

Here is a look back at how we got to where we are today.

Initially, as the National Pharmaceutical Regulatory Agency had only approved Covid-19 vaccines for adults, the inoculation drive focused only on those above the age of 18.

The first phase of the NIP targeted medical workers, and other “frontliners” such as security personnel, welfare workers and politicians.

The second phase that started on April 17 covered those in high-risk groups, such as the elderly and those with diseases, while the final phase for the general population commenced on June 21.

The NIP had a slow start. By the end of May, only 3.4 per cent of adults — slightly over one million people — had been fully vaccinated, behind neighbouring Indonesia’s 3.9 per cent and Singapore’s whopping 31.1 per cent.

At the time, health experts, politicians and members of the public alike expressed disappointment at the slow vaccine rates; which was at around 60,000 vaccine shots a day. 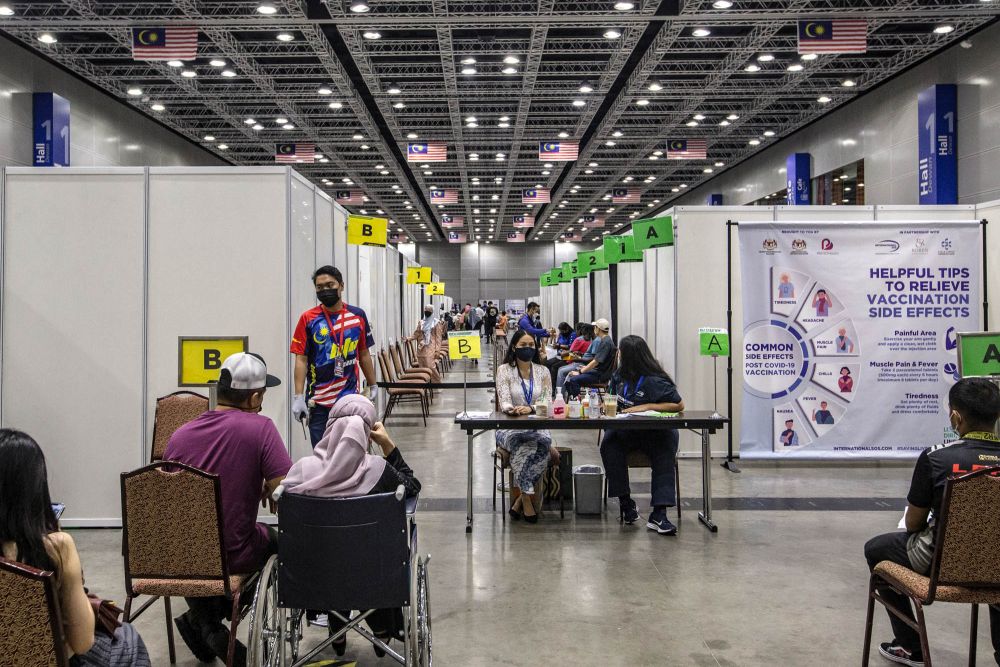 People wait to receive their Covid-19 jab at the KLCC vaccination centre in Kuala Lumpur August 31, 2021. — Picture by Firdaus Latif

Despite several hiccups, vaccination rates hit 500,000 doses a day by August, and on September 21, Prime Minister Ismail Sabri Yaakob announced that 80 per cent of adults, or 18.6 million people in Malaysia had been fully vaccinated.

On September 20, the government also announced the inclusion of adolescents aged 12 to 17 into the vaccination drive.

Where are we now?

On January 1, when the Emergency was announced, the new Covid-19 cases recorded for the day was 2,068; while active cases numbered 23,433.

That day, three people were recorded dead, bringing the death toll at the time to 474 people.

Despite the vaccination drive, the number of cases continued to bob up and down, with August bringing the worst of the worst.

Meanwhile, the highest number of deaths due to Covid-19 recorded on a single day was on September 11 with 592 cases. However, according to Health Ministry officials, almost 500 of those cases were “backlog” cases that were previously unreported.

The top 40 most deadly days recorded for Covid-19 were in August and September. Both months accounted for 17,309 deaths in total.

October was the turnaround point. The daily cases of new infections dropped below 10,000 on October 3 and have not risen past that level since.

In December, daily cases were consistently below 5,000, with December 20 recording 2,589 cases — the lowest since May 3.

Except for one day this month — December 7 — the number of people recorded dead due to Covid-19 each day has not exceeded 50 people. 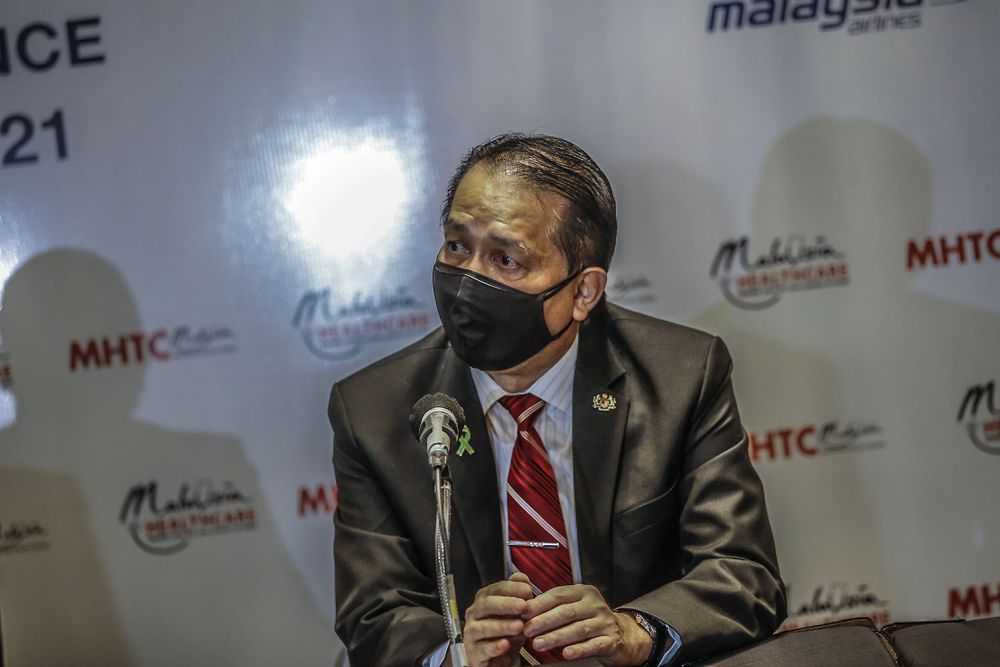 But Health director-general Tan Sri Dr Noor Hisham Abdullah has asked Malaysians not to let down their guard, warning that the country may experience another sudden surge in the coming months due to the emergence of Omicron, a new variant of concern that has been touted to be more infectious, though not necessarily deadlier than Delta.

“We see now in the United Kingdom and Europe cases are increasing, and if we were to forecast, then it shows that in two to three months normally Malaysia will face the same situation,” he said on December 14.

What happened to herd immunity?

At the beginning of the year, the government pushed people to register to get their vaccine shots on the MySejahtera app to speed up Malaysia’s “herd immunity”.

That phrase has since died out, though the government is still pushing Malaysians to go for their third shot — for those who have taken the two-dose brands like Pfizer, Sinovac and AstraZeneca — or booster doses.

Malay Mail spoke to Dr Vinogiri KS, an epidemiologist, and asked her why this is the case.

“As we all know, herd immunity is achieved when a large part of the population of an area is immune to a specific disease.

“If enough people are resistant to the cause of a disease, the virus will not be able to survive as it will have nowhere to go.

“However, we are not there yet as we still have variants that are able to evade immune responses,” she said.

Dr Vinogiri added that studies have shown that the Delta, Kappa and Delta Plus variants of Covid-19 have reduced the ability of vaccine-induced antibodies to neutralise the virus.

“Besides that, as of now, we still do not have much information on the new highly mutated variant, Omicron.

“At this point, it is not really possible to target for herd immunity, especially with the constant emergence of variants of concern with various kinds of mutations,” she added. 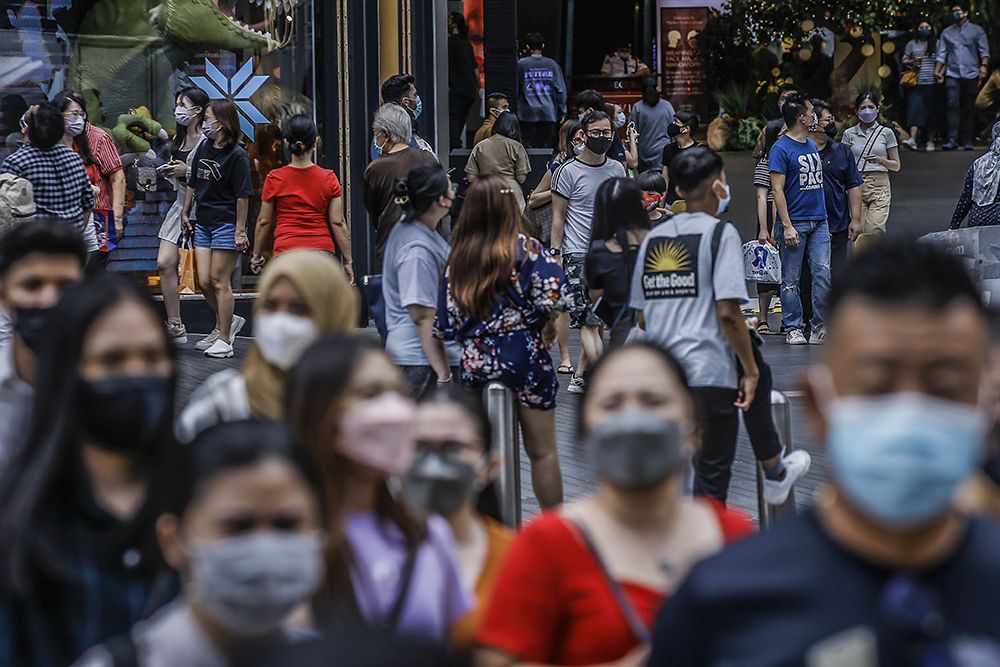 She also reminded the public that with so many unknowns lingering, it is vital to keep away from the virus, even after getting vaccinated; and maintain measures to keep vulnerable groups such as babies, children and the elderly safe.

“Non-pharmaceutical interventions like maintaining safe social distancing, wearing reliable masks all the time outside homes, avoiding crowded spaces especially with confined or limited ventilation, avoiding social gatherings and avoiding eating out in crowded eateries should always be a priority in our daily lives.”