Datuk Seri Najib Razak shared a video in which he was seen having a meal surrounded by supporters at an open-air restaurant where many of the patrons were not observing social distancing and not wearing face masks. — Picture via Facebook/Najib Razak
Follow us on Instagram, subscribe to our Telegram channel and browser alerts for the latest news you need to know.
By R. LOHESWAR

KUALA LUMPUR, Oct 24 — The Ministry of Health (MOH) today announced that it is prohibiting all activities, gatherings or social meetings related to political campaigning for next month’s Melaka polls.

Health Minister Khairy Jamaluddin cited the Prevention and Control of Infectious Diseases Act 1988, also known as Act 342, for the prohibition.

He said this stance is also in line with the prohibited activities listed under Phase Four of the National Recovery Plan (NRP).

“As Melaka is in phase 4, social gatherings are allowed according to @MKNJPM SOPs. However, as can be seen by recent gatherings, political parties (including mine) cannot observe SOPs. In the interest of public health, all political gatherings will now not be allowed in Melaka,” he said in a series of tweets this afternoon.

Khairy noted that the Election Commission has said it will be announcing the SOPs, but added that those would only apply when official election campaign begins — which is on November 8, as it has been designated as Nomination Day for the Melaka state election.

“In order to reduce the spread of Covid-19 all activities involving campaigning such as large gatherings or social activities have been banned. This includes any launch events for the party’s campaign drive or political gatherings,” he said in a statement later.

“These restrictions will come into effect from October 25 until November 27, 2021,” he added. 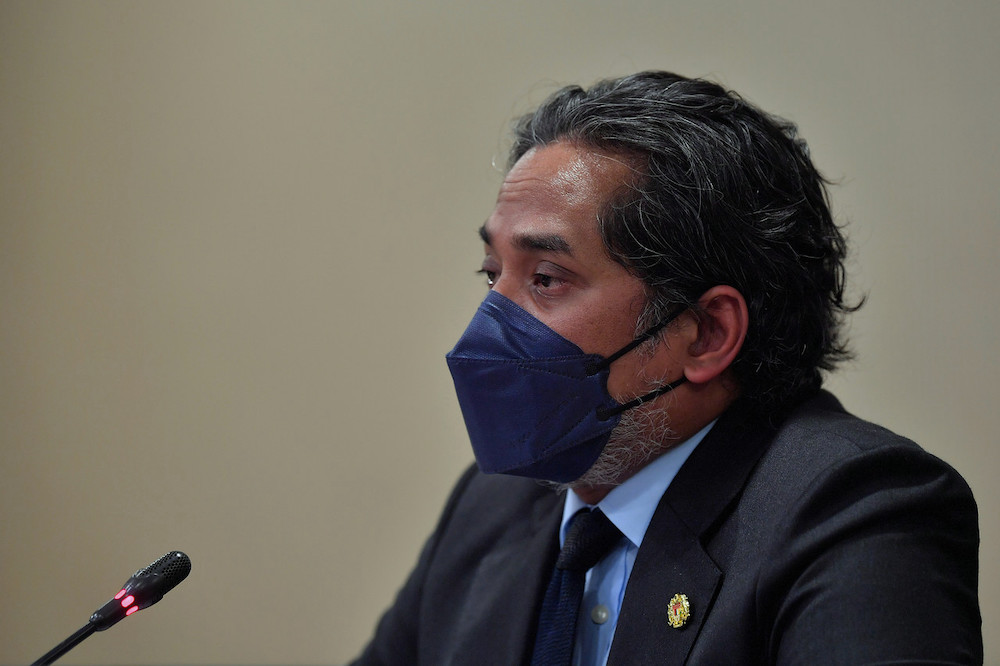 Under subsection 10(1), no one is allowed to organise any gatherings at any premises or area of infection be it for religious, weddings, sports, recreation, social or cultural purposes regardless of the recovery phase.

“If found to be in breach of these rules the individual or organiser or organisation can be compounded or be charged in Court under the Prevention and Control of Disease Act 1988 (Act 342).

“All parties are reminded to adhere to these SOPs and instructions to prevent the spread of Covid-19 and reduce the number of clusters,” Khairy said.

The former youth and sports minister asked if such activities should be allowed and if Malaysia had not learnt better from the Sabah election last year, which the MOH had acknowledged caused the country’s third Covid-19 wave.

“I’m so confused. Can we organise such large gatherings in a closed hall without social distancing? Or can only the elites do this?” Syed Saddiq asked.

Najib had shared another video this morning in which he was seen having a meal surrounded by supporters at an open air restaurant where many of the patrons were not observing social distancing and not wearing face masks.

Khairy has said that Malaysia is slowly moving into the Covid-19 endemic stage and the government has been lifting restrictions across the country.

The entire Klang Valley is under Phase Four on October 18 while other states, including Melaka, are following suit.

Polling Day for the Melaka election is scheduled for November 20.

Another state that is expected to hold an election this year is Sarawak, as the current state government’s mandate had expired back in April.

However, Sarawak is currently still under an Emergency and no election has been announced so far.