In a press conference, the Health director-general said targeted tests were carried out in Selangor, Federal Territories of Kuala Lumpur and north Seremban.

“If we look at today’s test numbers, 52,115 were tested using the RTK-Antigen (Antigen Rapid Test Kit) at the field.

“This shows that many employers are currently having their employees tested and this also includes testing among communities,” he said,

Malaysia today saw a spike in Covid-19 infections with a record high of 11,079 new infections in a single day.

According to Dr Noor Hisham, the high numbers are the result of targeted testing at factories and other work places which are allowed to operate during EMCO.

Dr Noor Hisham also said 85 per cent of the new cases comprised Category 1 and 2 patients. The remaining 15 per cent were in Categories 3, 4 and 5, which are those considered to be more severe.

“Category 5 makes up about 10 per cent but this is the reason why hospitals became congested as Categories 4 and 5 needs a longer recovery time,” he said.

He explained that patients in Category 4 who need to be warded in intensive care units (ICU) would require 14 days of treatment while those in Category 5, who will need to be intubated, may take 21 days.

“So even when there are not many cases, the accumulation from daily cases will cause congestion at a hospital and its intensive care unit,” he added.

To remedy the situation, he said the Health Ministry is looking at adding beds and is referring Category 4 and 5 patients to military hospitals.

“We have to take them in and put them in the available spaces before we refer them to other hospitals which have vacant beds or private hospitals,” he said.

The increase in patients in the last few days has added to the space shortage, he said.

But he added that the ministry was able to resolve the problem within 24 hours by placing 151 beds at the Tengku Ampuan Rahimah Hospital in Klang for treatment of Category 4 and 5 patients.

“We have to anticipate that in the next one or two weeks, there will be an increase in cases before we can stabilise the numbers,” he said.

One of the reasons for the sharp increase in infections is due to the emergence of the highly infectious Delta variant, Dr Noor Hisham said.

“We have been informed that the Delta variant has become the dominant variant in the infections that have been recorded. Before this it was the Beta variant, but Delta spreads fast.

“If we look at the initial infections, Delta’s initial R-nought is between 5 and 8, which means that when 100 people are infected, it can in turn infect 800 others in a short period of time because we are looking at airborne infections,” he explained.

He advised the public to wear additional protective gear like two masks or face shields and avoid crowded places. 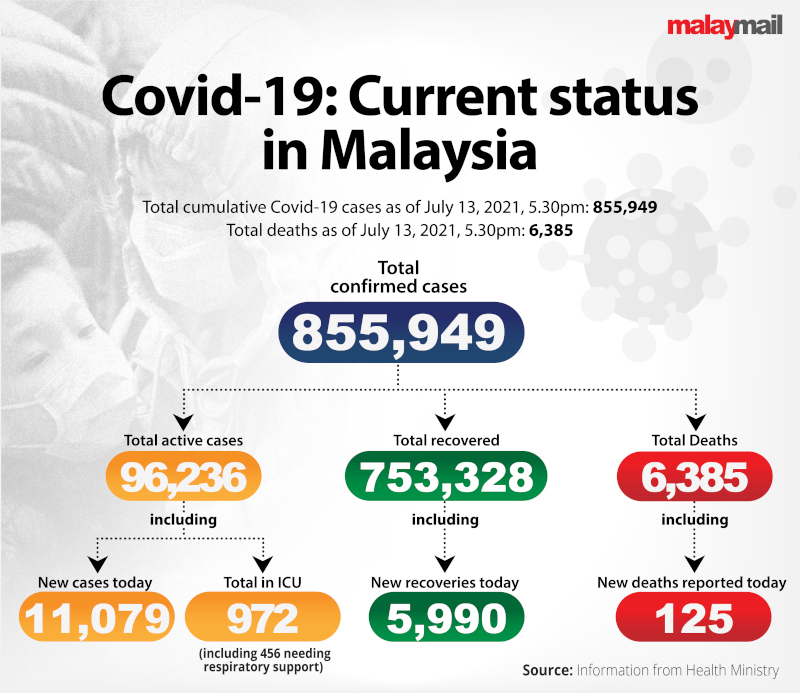