A customer poses with his BTS Meal at the McDonald’s outlet in Seksyen 3, Shah Alam May 26, 2021. — Picture by Miera Zulyana
Follow us on Instagram, subscribe to our Telegram channel and browser alerts for the latest news you need to know.
By IDA LIM AND JOHN BUNYAN

KUALA LUMPUR, May 26 — Excited Malaysian fans gushed on Twitter today talking about popular K-pop band BTS’ special meal set in collaboration with fast food chain McDonald’s, as the country today became the first in Asia to get their hands on the meal.

Twitter users also suggested that high demand from BTS’s fans — popularly known as ARMY — in Malaysia could have led to the crashing of both McDonald’s delivery app and online delivery service on its website.

With just 49 countries in the world to be able to have a chance to buy the McDonald’s meal set known as “BTS Meal”, Malaysia is the only Asian country out of the first 12 countries that will be the first to feature the meal when it debuts today worldwide.

This means Malaysia is ahead of countries such as Singapore, South Korea, Vietnam where the BTS Meal will debut on May 27, and Philippines (June 18) and Indonesia (June 25). 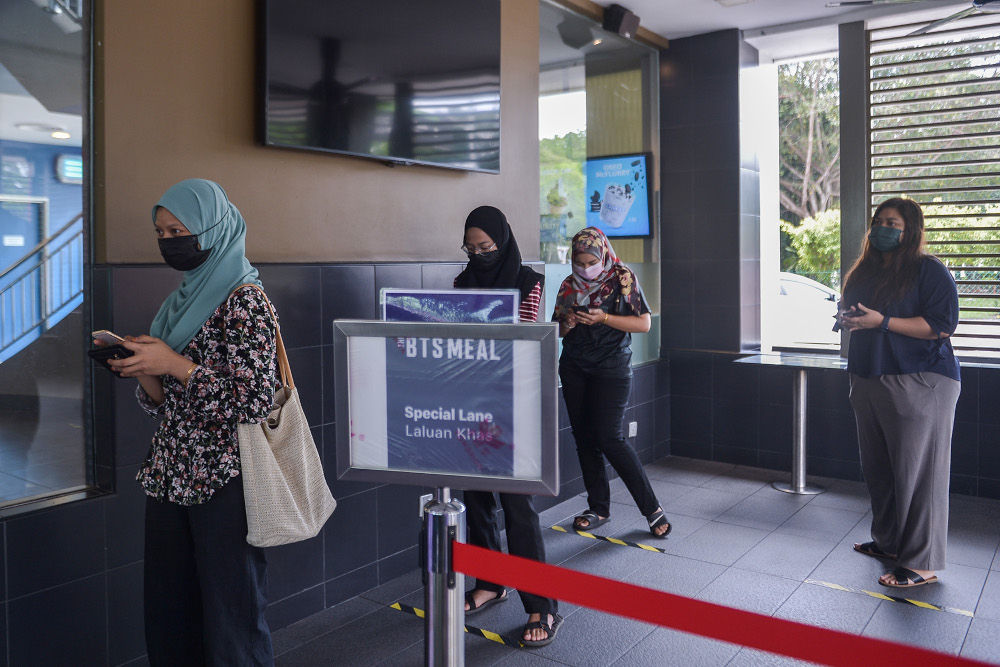 Its price starts at RM15.70, but may differ depending on the delivery service. 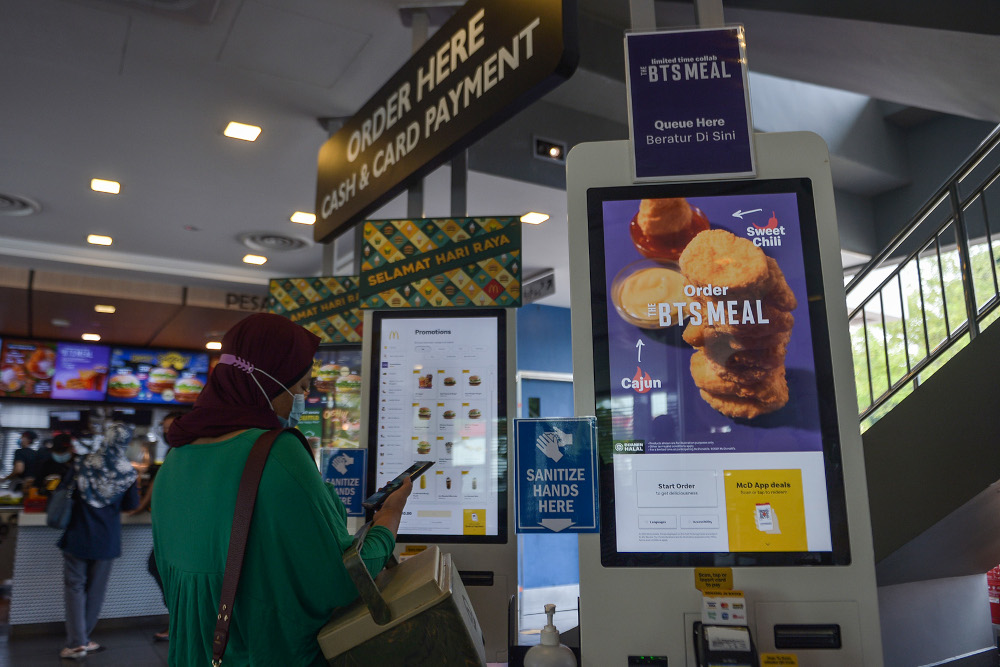 A customer gets ready to order at the McDonald’s outlet in Seksyen 3, Shah Alam May 26, 2021. — Picture by Miera Zulyana

Just before 10am this morning when the BTS Meal became available in Malaysia, McDonald’s Malaysia shared tips on how to safely buy the meal set amid the Covid-19 pandemic, including by using its McDelivery service, even saying there was no need to overcrowd as there would be enough for all customers.

The BTS Meal is here! We know you’re excited, we are excited too! But safety’s first. The BTS Meal is available from 10am. Get yours today.
#SafeWithMekdi #BTSMeal pic.twitter.com/s2U6MQIyKJ

The special collaboration made it to the top trending topics in Malaysia on Twitter today, through the hashtags #BTSMeal and #BTSxMcDonalds, and related terms such as McDelivery and Army. 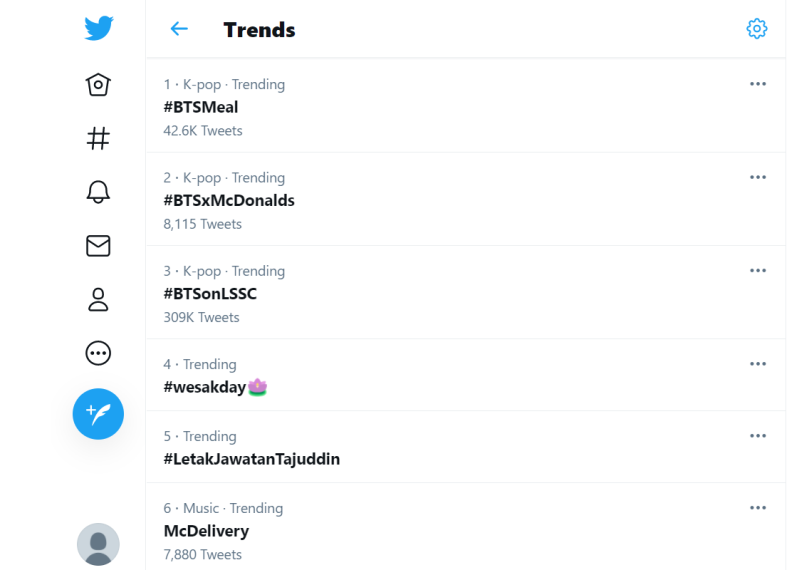 #BTSMeal was the number one trending topic in Malaysia this morning. 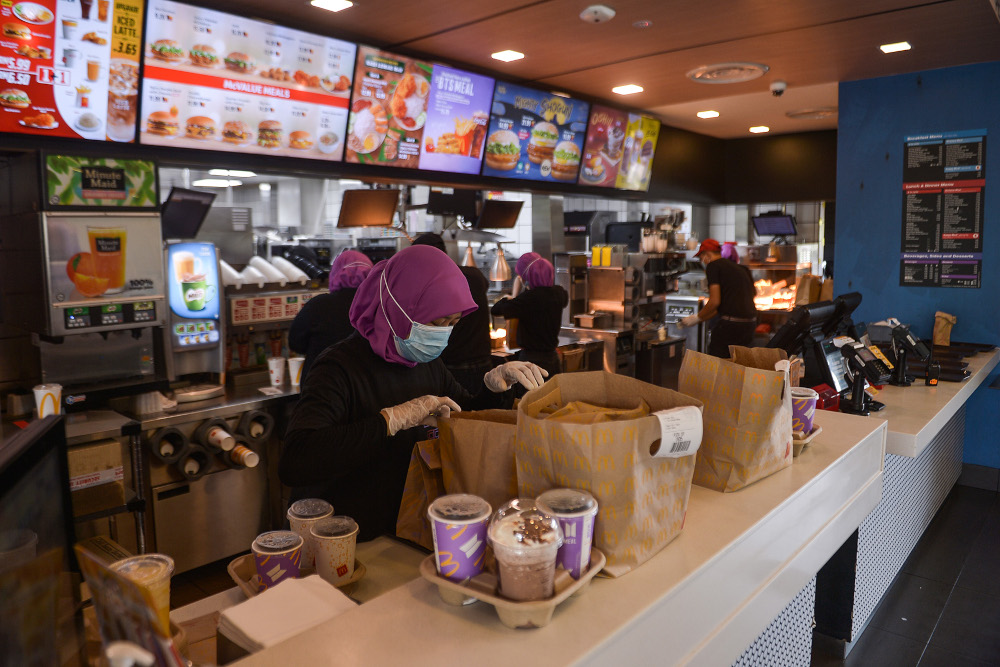 McDonald’s staff seen busy packing the meals at its outlet in Seksyen 3, Shah Alam May 26, 2021. — Picture by Miera Zulyana

A clue as to why McDelivery was trending could be shown as Malaysian BTS fans tried to order for delivery of the BTS Meal, only to face what the McDonald’s customers described as the delivery app and the website’s delivery service having “crashed”.

Those who tried to access the McDelivery service either through the app or McDonald’s website were greeted with the message “Hang in there! Due to high website traffic, you have been placed in a virtual waiting room. You will be redirected to our website shortly.”

As for the lucky ones who managed to have their BTS meal set delivered to them or who managed to buy the meal in person, they took to Twitter to showcase the meals that bore BTS logos on the purple-themed packaging.

Twitter users in Malaysia were also seen saying that they would keep the packaging of this special meal, including the cup for the soft drink.

Alhamdulillah my foods arrived!!! They separate the b bag so it wont be oilly😭😭. Have a nice day mcd crew here. I love you #BTSMeal pic.twitter.com/Rg95G8T2FN

Other Twitter users took their own steps to ensure that the packaging for the BTS Meal would remain intact, such as by bringing their own containers to place the food and drinks.

Immediately after i get my #BTSmeal.. Gahhhh!! I have to save the world 😂😂.#BTS_Butter
Tq @McDMalaysia for separately pack my fries just to save the bts paper bag😉😉. #Borahae lahhh 💜💜💜 pic.twitter.com/tsu8pVbZ9V

While Malaysian are sharing their pictures of BTSxMcDonald’s meal on social media platforms like Twitter and Facebook, some are disappointed that the meal did not include any merchandise or photocard of the South Korean boy-band.

Facebook user Felicia Yap, who shared a picture of her BTSxMcDonald’s meal, said that she was disappointed the meal did not include any free gifts.

“Sad, no free gift BTS doll and card,” she commented on the McDonald’s post about the BTS Meal.

Another Facebook user Kenny Lee questioned why the boy-band’s photocard was not included with the purchase of the meal, commenting: “Why no photocard uwuwuwuuw” 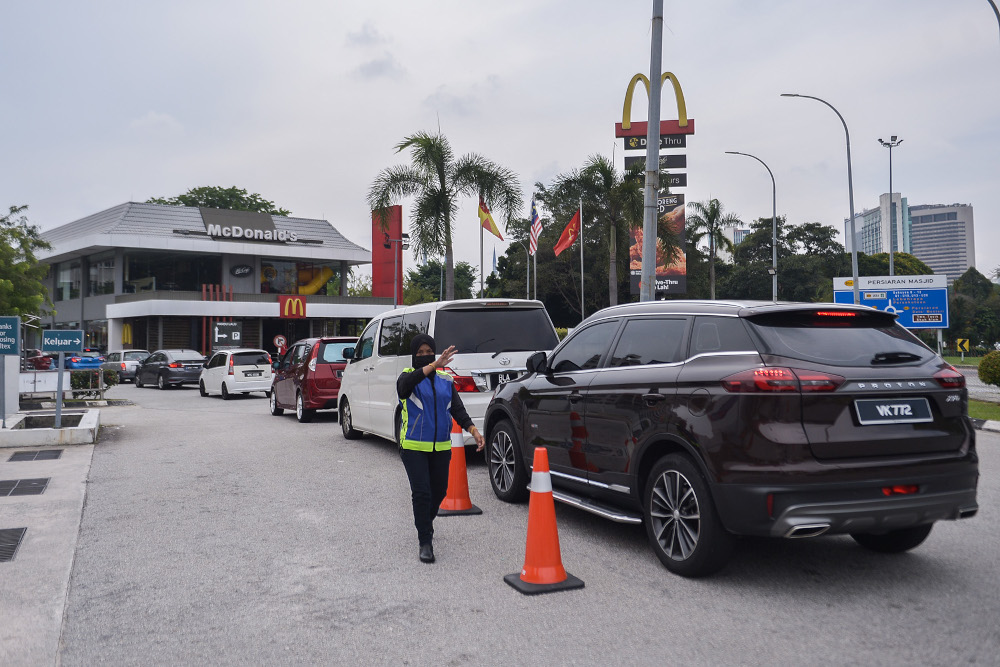 A long line of cars at the drive-thru section of McDonald’s in Seksyen 3, Shah Alam May 26, 2021. — Picture by Miera Zulyana

Similarly Wany Rozali also expressed her disappointment as she thought the meal comes with a BTS photocard.

In announcing the BTS Meal, McDonald’s did not say that the meal set would include any BTS merchandise or photocard.