PM announces MCO for whole of Malaysia from Wednesday

Prime Minister Tan Sri Muhyiddin Yassin said the decision to put the whole country under a lockdown until June 7 was necessitated by rapidly rising Covid-19 case numbers. — Bernama pic
Follow us on Instagram, subscribe to our Telegram channel and browser alerts for the latest news you need to know.
By YISWAREE PALANSAMY

He said the decision to put the whole country under a lockdown until June 7 was necessitated by rapidly rising Covid-19 case numbers.

In a statement, he also announced additional restrictions to the MCO such as workplace and vehicular capacity limits.

Muhyiddin also cited the detection of new Covid-19 variants in the country, the dwindling capacity of the national healthcare system, and poor compliance with standard operating procedures as the reasons for what he called the “drastic decision”.

This is also the first time the government has enforced a MCO for a four-week period as the previously these had been issued for up to two weeks at a time.

The announcement today caught many unawares as it came just hours after Senior Defence Minister Datuk Seri Ismail Sabri Yaakob’s statement on the latest MCO measures and because the government has repeatedly vowed to eschew using a nationwide MCO as a means to combat the pandemic.

After announcing the second MCO and proclaiming a state of Emergency in January, Muhyiddin told the country that the government would instead used targeted measures to try and contain the disease.

As recently as two days ago, Ismail Sabri also said the government had no plans to reintroduce a nationwide MCO. 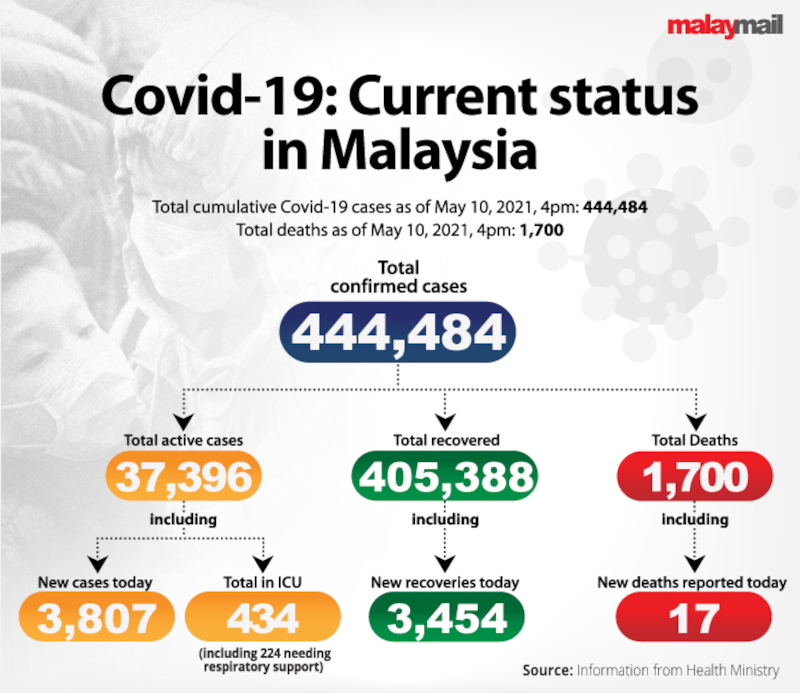